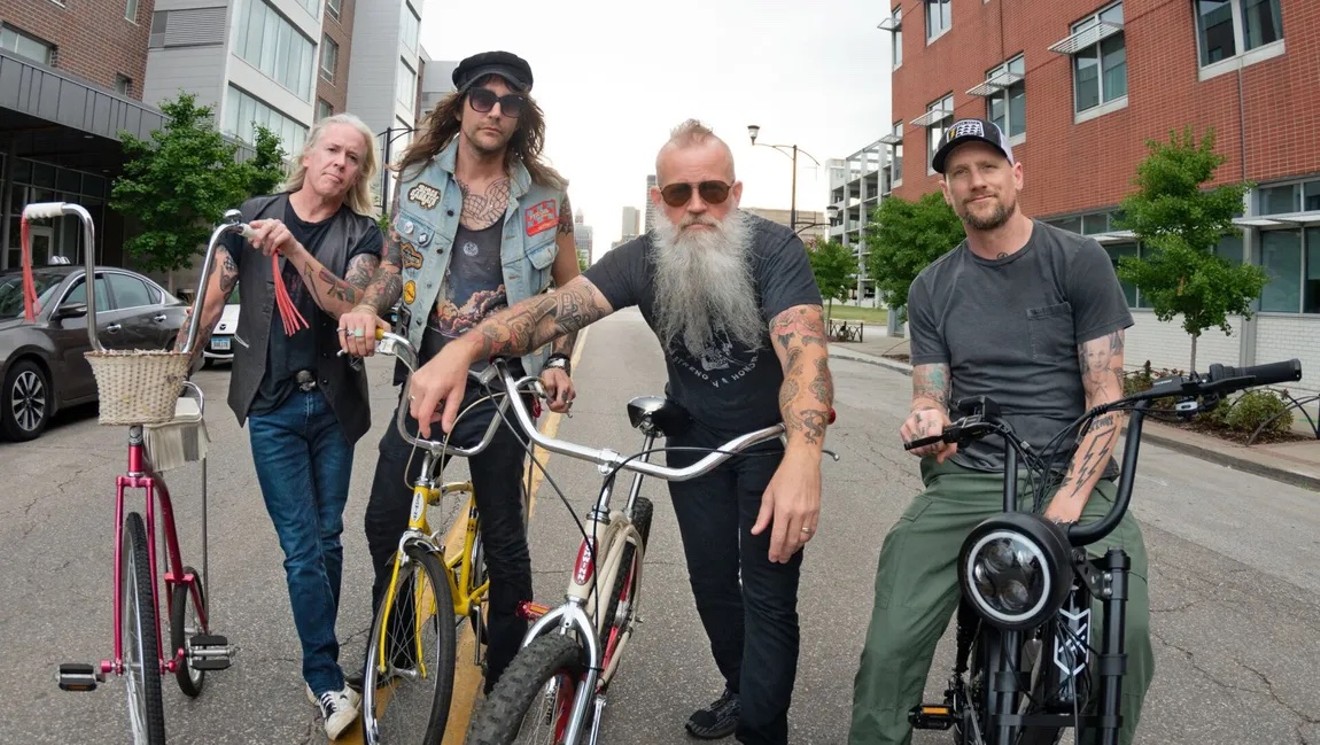 “When I met these guys (brothers Wade and Paul Thompson), they were just like, ‘Let’s get together and jam.’ Just jam — no pressure to do anything else,” Vallely explains of the initial get-together. “We just had so much fun, and we started talking. One thing led to another, and before the first jam was over, we were writing tunes. It just all clicked, personality-wisen and the vibe we had. We had just met, but we’re all around the same age, early to mid-fifties. It just kind of felt like we were all from the same neighborhood, even though we were just getting together for the first time. It felt like teenagers in a garage starting a band.

“It was cool and exciting. I said, ‘Who fucking starts a band in their fifties?’ It was obvious that’s what we were doing. We had a good laugh at that.”

After a handful of local shows, Vallely and his new band are hitting the road for a proper tour. Mike Vallely and the Complete Disaster roll into Denver’s HQ on Wednesday, May 18, with local bands the Pollution and the Frickashinas opening.

Vallely is no stranger to being in a band. A natural writer and lyricist, he’s currently the lead singer of legendary hardcore punk band Black Flag and his own outfit, Revolution Mother. That’s not to mention his solo work over the years and previous project with Black Flag’s Greg Ginn, Good for You.

Vallely handled vocals during Black Flag’s 2003 reunion shows in Los Angeles. Ginn liked his style and mentioned that if he ever wanted to start a band, he’d let Vallely know. Vallely didn’t think much of it at the time, but in 2014, he found himself fronting Black Flag, which he credits for changing his life as a teenager growing up in New Jersey.

Vallely discovered skateboarding and Black Flag, particularly the band’s 1981 anthem “Rise Above,” around the same time, and says the two combined made up “the mantra I needed for the rest of my life.”

“What the idea of punk rock opened up for me in my life was total freedom and individuality and encouragement to actually walk my own path," he explains. "What I found after a couple of weeks of being into that style of music was these people are no different. They make up rules and you have to live by their rules now. I’m not on the football team — I’m on the punk-rock team. It’s its own fraternity. It comes with its own code of conduct and 'blah, blah, blah' that I don’t care about. I was seeking escape from all of that. Ultimately, I want the culture as a whole to leave me the fuck alone. I don’t play by skateboard rules. I don’t play by punk-rock rules. I don’t care about any of that shit. But at the same time, both of those things, my initial experience with them was mind, heart, arms opening. It changed my whole world. It changed my whole life.”

Armed with such an ethos, Vallely has had success in several other areas, including acting and professional hockey.

“When you go down your path, not everything that you dream of or think about or that you want to have happen actually happens, but what does happen is other doors open and other opportunities come up that never would have happened if you didn’t just fucking go,” he says.

As far as the Complete Disaster goes, Vallely is enjoying the “overdriven blues kind of vibe” and bringing new music to people. He says the band will be playing songs from its 2022 EP, The Best of the Best, as well as some other originals and Black Flag tunes.

“We really give it our all when we play,” he says.

Mike Vallely and the Complete Disaster play HQ, 60 South Broadway, at 8 p.m. Wednesday, May 18. Tickets are $15.
KEEP WESTWORD FREE... Since we started Westword, it has been defined as the free, independent voice of Denver, and we'd like to keep it that way. With local media under siege, it's more important than ever for us to rally support behind funding our local journalism. You can help by participating in our "I Support" program, allowing us to keep offering readers access to our incisive coverage of local news, food and culture with no paywalls.
Make a one-time donation today for as little as $1.