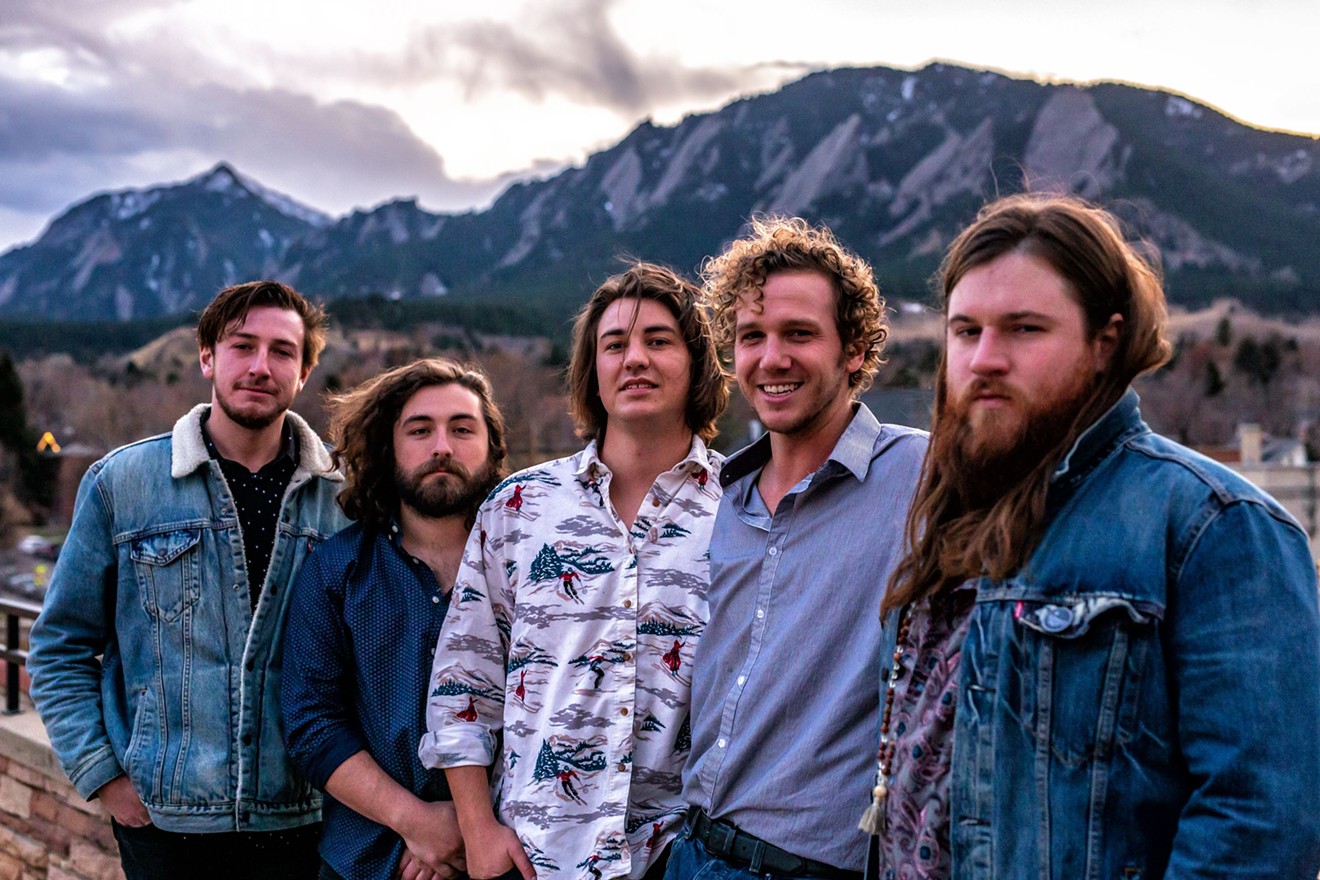 The pleasantly varied effort was produced at Denver's Silo Sound Studios by the well-acclaimed Tim Carbone of Railroad Earth.

Winston Heuga: Yeah, you could say that's the one theme that's been persistent in our band. We've got four songwriters, and everyone has their own background and listens to very different music, but we seem to agree on things when we're on stage. You can see it all reflected in this effort.

So you worked with the musician and producer Tim Carbone on this release?

Yeah, it was our first time working with a producer. It really opened our eyes to a lot of new avenues and soundscapes.

What was Carbone's approach for the project?

Well, among other things, he plays fiddle in Railroad Earth, and he's a killer guitar player, but he wanted to stay away from fiddle on our album; he did some backup vocals for us and some percussion and a few other things.

I think ours is the 75th record that he's produced. We started out by sending him a bunch of demos, and he took notes on those, and when we got in the studio, we'd just play him the songs, and he'd give us input like, "What would you think about changing this or cutting this or adding this?"

His mindset was to help us rearrange some of the song sections. It was a really fun experience. We went in with the approach that we'd listen to whatever he had to say, and if we didn't end up liking it, we could take it out. He also had loads and loads of cool audio files, including some stuff that he had recorded on his phone. Playing around with that stuff was really interesting.

The last song on the album, ["Big Blue Sky"], includes some piano and some cool background noises, such as bells from a church and some children playing on a playground that he'd recorded. It was a really interesting and different experience than we'd had before.

What are some of the tunes that stood out for you?

Well, we just released a single, ["Got Too Excited"], that has the sound that we're kind of known for. It also has horns on it. We love horns. The song features more of a straight-ahead, driving kind of blues rock.
The first thing we put out about a month ago, "Sad Summer," included a drum machine and some vocal effects, and it was the first song that we've ever had synths on. So we're really playing around with a lot of different sounds.

I'm also fond of a song that I penned, which is called "Burning Heart." It was cool, because I brought it to the studio as just an idea, and then we fleshed it out by adding a lot of different layers. It wound up being really engaging. I had the lyrics figured out, and then we kind of improvised it from there. At first Tim told me he didn't think that it would make the cut for the album, but now he tells me it's one of his favorite tracks. We ended up making something really cool out of it. I've been seeing Railroad Earth for years, so being able to work with pros who have been doing it for so long and being able to flow like that was just a really cool experience.

Do you consider yourselves a jam band?

Well, we tend to lean toward upbeat rock and roll and jamming, but these songs are all pretty tight. One of Tim's mottos is "Don't bore us. Get to the chorus." I'd say we were able to get everything we wanted out of the songs, both instrumentally and structurally.

How's the future looking for the band?

It's looking up. We're seeing a lot of offers coming in for festivals and other dates, and we're happy to be getting out from under COVID. Because of the pandemic, it was almost a four-year process just to get this album done. We're really excited to finally have it out there.

Tenth Mountain Division's album-release show with High Country Hustle takes place at Mishawaka Amphitheatre on Friday, June 18. For more information, visit Mishawaka online. The group will also play June 19, at Wibby Brewing, in Longmont. For more information, go to Eventgroove.
KEEP WESTWORD FREE... Since we started Westword, it has been defined as the free, independent voice of Denver, and we'd like to keep it that way. With local media under siege, it's more important than ever for us to rally support behind funding our local journalism. You can help by participating in our "I Support" program, allowing us to keep offering readers access to our incisive coverage of local news, food and culture with no paywalls.
Make a one-time donation today for as little as $1.