Courtesy of Colorado Christian University
Organizers of the Denver 420 Rally have been prohibited from applying for a Denver event permit for three years as a result of complaints about security and clean-up issues at this year's edition, and their priority status with the city was rescinded. That pleases Colorado Christian University educator Jeff Hunt, the former marijuana user who spearheaded a petition to ban it.

The rally as currently constituted represents "a black eye for the State of Colorado," Hunt maintains. "It shows that we're irresponsible and lawless when it comes to the events we put on, and that we're not putting the safety and well-being of the citizens of Denver first. That needs to be the top priority."

The day after the rally, complaints flowed in about the trashy state of Civic Center Park, prompting Denver Mayor Michael Hancock to hold an April 24 press conference decrying the situation and promising to address it.

Shortly thereafter, Rob Corry, attorney for the gathering's organizers, claimed that no violations of the permit had taken place and promised that any attempt to ban the rally would result in a court challenge on freedom-of-speech grounds. 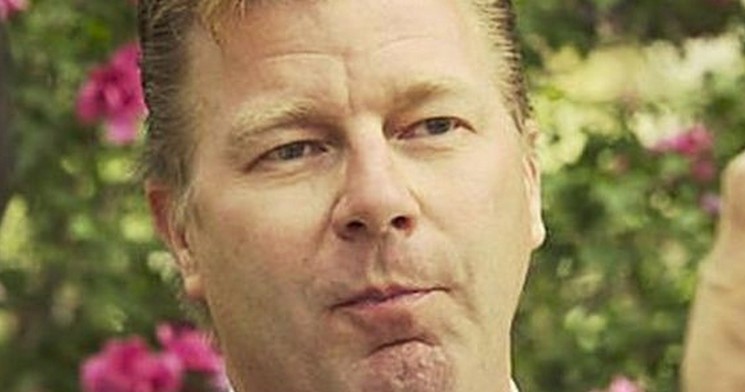 Attorney Rob Corry.
File photo
"There are some elements of society that would love to demonize us — and it's clear that we're treated differently," Corry told us for "Denver 420 Rally: Attempt to Ban It Would Trigger a Lawsuit, Attorney Says," an item published on April 26. "There are alcohol events that are allowed in Civic Center Park, where alcohol is consumed with the full blessing of the city. But we don't have the same blessing to consume marijuana in Civic Center Park. We're working to get there, and we will get there; it's inevitable. But that's one reason why we still need to have a political event."

"We've never had a problem with political rallies," he stresses. "But we do have a problem with an event where people are smoking marijuana openly in public, in violation of federal and state law, as well as a lack of safety issues and the trashing of the park."

As such, he says that should another promotion firm gain city approval to hold a 4/20 event in 2018 "and their event doesn't break the law, we wouldn't have a problem with that."

Trash at Civic Center Park the morning after this year's Denver 420 Rally.
Photo by Michael Roberts
Mayor Hancock is praised by Hunt "for showing strong leadership. We're going to send him a letter thanking him."

He's also happy to send a message to any promoter who wants to step into the 4/20 vacuum: You will be watched closely. In his words, "I think they would be under very strict scrutiny, and we'll be keeping an eye on them. And if they threaten the safety of Denver citizens, we'll probably come out with another petition."

The aforementioned petition had collected about 800 signatures as of May 8, when our first interview with Hunt was published. Since then, it's gathered steam. By Saturday, May 20, when the City of Denver made its announcement about the permit prohibition, that number had grown to around 4,000, and Hunt says another 2,000 or so signatures came in afterward, bringing the total to approximately 6,000. He sees this response as indicative of how frustrated many locals have become with the Denver 420 Rally.