Dougco School Board Lawsuit Update: Why Attorneys Are Now Under Fire 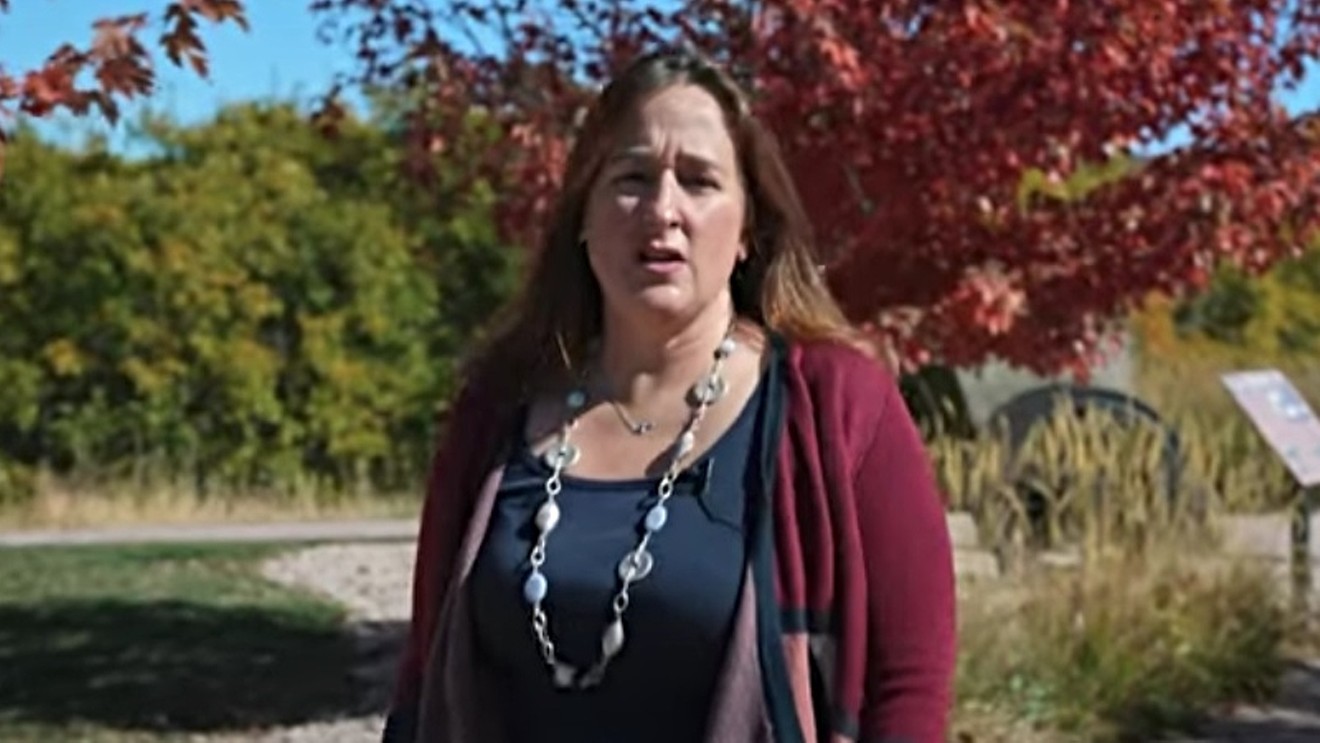 Christy Williams, seen in a 2021 campaign video, is among the Douglas County Board of Education members being sued by Douglas County resident Robert Marshall. Kids First DCSD via YouTube
The latest twist in the lawsuit filed against the Douglas County Board of Education and four of its members — Mike Peterson, Becky Myers, Kaylee Winegar and Christy Williams — is a doozy. The claim: The board's attorneys engaged in ethically questionable behavior prior to the panel adding another attorney who's faced ethics questions of his own.

On March 22, during a meeting that formalized the hiring of controversial new superintendent Erin Kane, Peterson and company announced that they had asked former Colorado Secretary of State Scott Gessler to join the legal team defending the board against the complaint, filed by Douglas County resident Robert Marshall, despite doubts regarding whether the Douglas County School District's insurance company would cover costs already incurred by the first law firm it brought on board, Hall & Evans LLC.

Marshall criticized the latest legal move in a letter to boardmembers, noting that Gessler had been cited by the Independent Ethics Commission while in office and lost two appeals about the ruling. "Given that this board's own integrity is now questioned, it seems a very peculiar choice to decide to use, out of the thousands of attorneys in the state, one who had such high-profile ethical violations when the BoE and its four new members have already been found to have engaged in illegal and unlawful conduct by a court," Marshall maintained.

On that same day, March 22, Marshall's attorneys, Steve Zansberg, who's affiliated with the Colorado Freedom of Information Coalition, and Eric Coakley of Coakley Law, filed a response to the board's motion to dismiss the lawsuit. The document rips Hall & Evans on ethical grounds. One passage reads: "Through 26 years of practice, undersigned counsel has not previously encountered a licensed attorney...so flagrantly misrepresenting to a court of law the factual allegations pleaded in a Complaint."

Marshall's lawsuit was prompted by the February 4 firing of superintendent Corey Wise; it accuses the Peterson bloc of engineering his pink-slipping in violation of Colorado Open Meetings Law (COML) by way of multiple two-person conversations (a tactic known as "daisy chaining") outside of public view. And while Hall & Evans personnel, who represent the board as a whole even though three members — Elizabeth Hanson, Susan Meek and David Ray — opposed canning Wise, argued that such chats were lawful during a subsequent hearing, an 18th Judicial District judge granted a motion for a preliminary injunction nixing the practice earlier this month.

Hanson argued that fighting the ruling was an "absurd" waste of taxpayer dollars, especially considering that Wise's contract called for him to be paid $247,500 if he was fired without cause; two law firms representing the ex-superintendent are currently exploring a possible wrongful termination lawsuit. But rather than pulling back, the board's majority doubled down by bringing on Gessler, albeit at what's been characterized as a discounted rate.

In response to the request to dismiss Marshall's lawsuit, attorneys Zansberg and Coakley write: "Defendants’ Motion was filed prior to the February 25, 2022 hearing on the Plaintiff’s motion for preliminary injunction and the Court’s issuance of that injunction on March 9, 2022. Nevertheless, at the time the Motion was filed, both the Defendants and their counsel had in their possession the audio recordings of the phone conversations in which Defendants admitted that the four named individual Defendants, acting as members of the Board of Education, had discussed amongst themselves the contract of Superintendent Corey Wise and had decided (“committed” in President Peterson’s words) to terminate that contract
immediately. Given that fact — that both Defendants and counsel were fully apprised of what had actually transpired, not merely what had been accurately alleged in the FAC — their repeated denial of having committed these COML violations, in the Motion and at the preliminary injunction hearing, raises serious ethical concerns."

Zansberg, Coakley and Marshall, who's licensed to practice law in New York, "defer to the Court's discretion" about "whether any disciplinary action should be taken in response to defense counsel's blatant misrepresentations of the record," they write.

"The four individual Board Directors who have previously expressed their firm belief that they do not violate the COML when they deliberately convene in back-to-back, one-on-one conversations that share their views amongst them, must each be individually enjoined from continuing that practice even if it does not command a majority of the Board as a whole," they continue, adding that "the Court should deny the Defendants’ Motion to Dismiss, and take such further action as the Court deems just and proper."

Westword has reached out to the Douglas County School District for comment about the latest filing. Click to read the plaintiff's response to the motion to dismiss in the case of Robert Marshall v. Douglas County Board of Education, et al.
KEEP WESTWORD FREE... Since we started Westword, it has been defined as the free, independent voice of Denver, and we'd like to keep it that way. With local media under siege, it's more important than ever for us to rally support behind funding our local journalism. You can help by participating in our "I Support" program, allowing us to keep offering readers access to our incisive coverage of local news, food and culture with no paywalls.
Make a one-time donation today for as little as $1.