Boebert Watch: How Not to Celebrate Earth Day 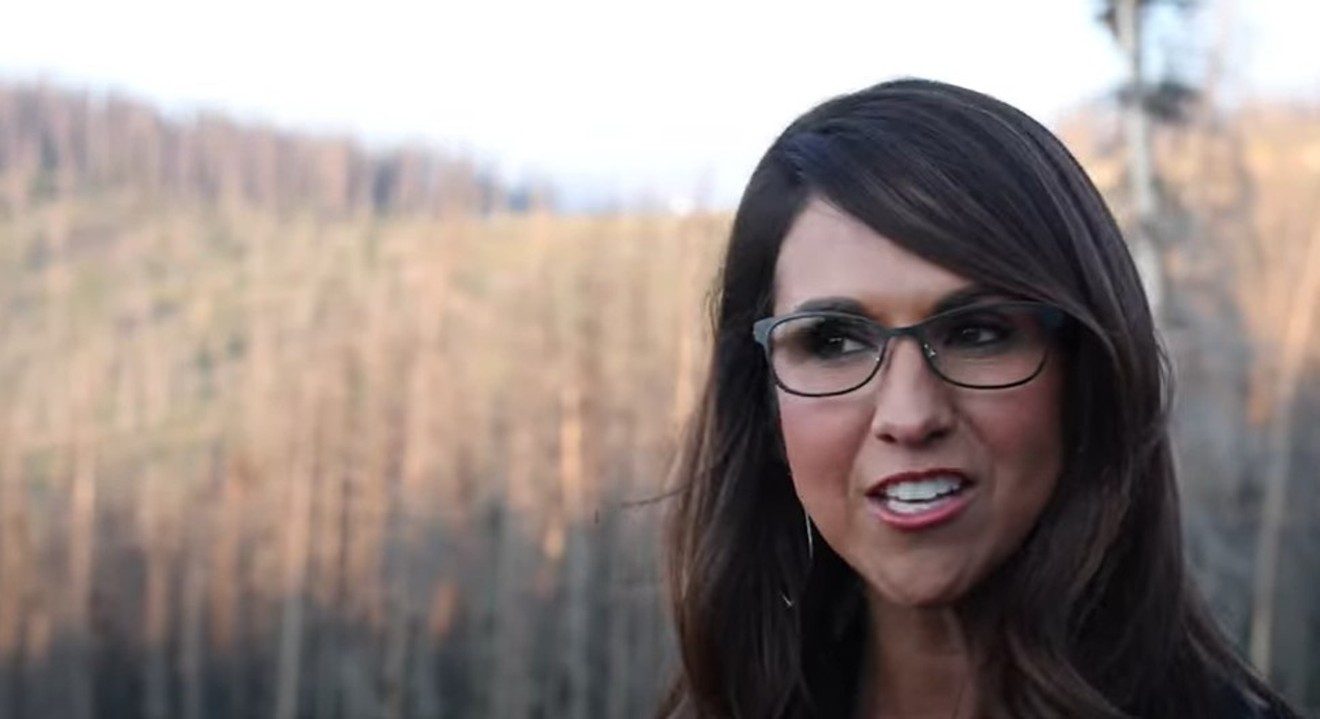 YouTube
Ready to get down and dirty? The American Stewards of Liberty has proudly proclaimed that its April 22 conference in Lincoln, Nebraska, is set to “spoil environmentalists' Earth Day.” And one of the keynote speakers? None other than Colorado’s own Lauren Boebert.

Associating with a group like the American Stewards of Liberty is pretty standard for Boebert, who’s seemingly never met a poorly considered far-right position she didn’t want to champion. But this group is especially out there, stringing together "American" and "Liberty" by misusing the term "stewards," which is clearly meant to suggest a protector of the land. What this gang is about is the proprietary use of land without government oversight or accountability. Its past claims, according to Jordan Schreiber, director of energy and environment at Accountable.US, include that “land conservation efforts have their roots in Hitler’s Germany” and “are akin to the Stalin-engineered Ukrainian genocide of the 1930s”; it has also “promoted a wild conspiracy theory that land conservation is a United Nations ploy to subvert property rights,” Schreiber says.

So scheduling the April 22 event to coincide with Earth Day was no accident, and neither was the lineup of speakers, which includes former U.S. Interior secretary David Bernhardt as well as Boebert.
What American Stewards isn’t saying is that the event — which is billed as the “Stop 30x30 Summit” — is part of an attempt to rebrand the America the Beautiful Initiative as something that sounds a little less like something most Americans would proudly sing at a ballgame. The “30x30” bit isn’t pejorative, either — it just refers to the goal of the initiative to conserve at least 30 percent of U.S. land and waters by 2030. American Stewards wants to define this as “the largest federal land grab our nation has ever faced.”

“In truth, it is no ‘land grab’ at all,” says Schrieber. “The initiative seeks to conserve U.S. lands and waters using existing laws and voluntary protections and easements, which are the right of every property owner.”
The Biden-Harris administration established the America the Beautiful Initiative in 2021, calling for a decade-long effort to support locally led and voluntary conservation and restoration efforts across public, private and tribal lands and waters. It outlines eight principles that should guide the nationwide effort, including a pursuit of collaborative approaches; a commitment to supporting the voluntary conservation efforts of farmers, ranchers and fishers; and honoring tribal sovereignty and private property rights.

“The President’s challenge is a call to action to support locally-led conservation and restoration efforts of all kinds and all over America, wherever communities wish to safeguard the lands and waters they know and love,” write Interior Secretary Deb Haaland, Agriculture Secretary Tom Vilsack, Commerce Secretary Gina Raimondo and White House Council on Environmental Quality Chair Brenda Mallory in their report on the initiative. “Doing so will not only protect our lands and waters, but also boost our economy and support jobs nationwide.”

But hell hath no fury like an opportunistic politician looking for campaign funding. And really, Lauren Boebert’s bona fides on environmental grift are well established at this point: Her husband, Jayson, made nearly $1 million from “energy consulting” in 2019-20 while Boebert was pushing the loosening of drilling restrictions at the same time. She failed to disclose that money until her hand was caught in the fossil-fuel-filled cookie jar.

But given her lack of ethics, Boebert fits right in with the folks at American Stewards, who have taken a cue from Donald Trump in the fleecing of the American public for the purposes of sheer profit. According to Accountable.US, American Stewards puts a whopping 94 percent of the money it rakes into the salaries of its husband-and-wife executive team, Dan and Margaret Byfield. This includes nearly $700,000 in “consulting” fees from local governments that are at the same time struggling to pay for basic community services like education and fire and police protection.

It's no surprise that Boebert is fine with all this, as anti-environmental as her positions have been during her time in Congress. She makes fun of climate change more than she addresses it. She wore a "Drill Baby Drill" shawl to the State of the Union address when others were wearing yellow and blue to support the atrocities brewing in Ukraine. Her entire environmental policy up to this point seems to be little more than repeating invective about “Green New Deal extremists” and trying to keep a ficus alive in the window of her home office/gun shrine.

While neither Boebert nor American Stewards will be able to do much to really “spoil” Earth Day, it's helpful that they’re all pointing out how opposed they are to the sentiment of “America the Beautiful,” the spacious skies, the amber waves, the purple mountain majesties, the fruited plain. At least in preserving the land and sharing it. They just want to own it. Control it. Use it up, from sea to shining sea.
KEEP WESTWORD FREE... Since we started Westword, it has been defined as the free, independent voice of Denver, and we'd like to keep it that way. With local media under siege, it's more important than ever for us to rally support behind funding our local journalism. You can help by participating in our "I Support" program, allowing us to keep offering readers access to our incisive coverage of local news, food and culture with no paywalls.
Make a one-time donation today for as little as $1.