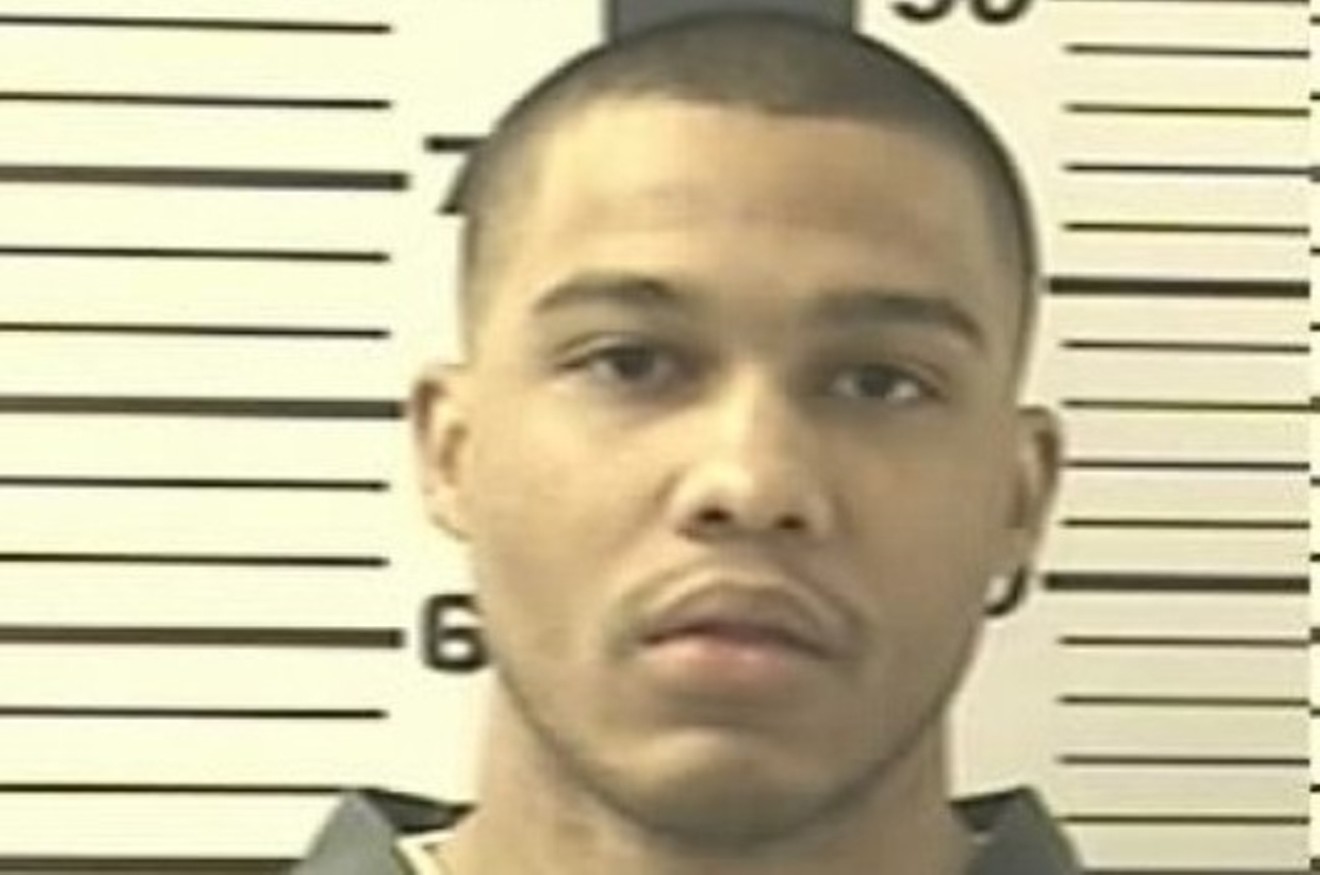 Attorneys for Sir Mario Owens claim the prosecution failed to disclose important facts; the latest ruling concludes that he received a fair trial despite prosecution missteps. Colorado Department of Corrections
Senior Judge Christopher Munch's ruling this week, upholding the death-penalty conviction of Sir Mario Owens in a 2005 double homicide, was remarkable not so much for its conclusions as for its sheer bulk. Weighing in at close to 1,400 pages, it's the War and Peace of judicial reasoning — and a good indication of how complex the case has become through more than a decade of legal maneuvering, a labyrinthine journey to Colorado's lethal-injection gurney that's far from over.

In reaching his decision that Owens received a fair trial, Munch had to pore over 28,000 pages of trial records and a post-conviction record that is just as long, as well as thousands of exhibits in the case. He also had to consider a troubling series of prosecution decisions that have provided anti-death-penalty defense attorneys with considerable fodder in the case.

After separate trials, Owens and co-defendant Robert Ray were both sentenced to death for the murder of Javad Marshall-Fields, who had been expected to testify against the two men in another homicide investigation. (Owens also received the death penalty for the murder of Marshall-Fields's fiancée, Vivian Wolfe, while Ray got life without parole for her death.) Their prosecution, one of several death-penalty cases pursued by former 18th Judicial District Attorney Carol Chambers, was conducted in an atmosphere of exceptionally stringent security, with attorneys subject to gag orders, many court motions filed under seal, witness names purged from documents, and transcripts denied to news organizations — all ostensibly to protect witnesses from possible intimidation and reprisals. Although Arapahoe County District Judge Gerald Rafferty finally made a redacted version of the court records publicly available in 2014, many details, including the identity or location of some witnesses referred to by names such as "Source 56," remained secret.

At a series of post-conviction hearings in 2014 and 2015, attorneys for Owens raised several issues about possible government misconduct before and during the trial, including failing to disclose exculpatory or impeachment evidence and allegedly improper "incentives" that prosecutors offered to key witnesses — everything from highly favorable plea deals on criminal charges to grocery-store gift cards, lodging and even a car provided to one witness. There was evidence that some of the witnesses had cut deals not disclosed to the defense, that at least one witness might have testified while high on cocaine, and that another witness lied on the stand about a plea deal he received in exchange for his cooperation.

Much of that testimony was characterized as disturbing by Judge Rafferty, the original trial judge, who also presided over the hearings. But Rafferty was abruptly removed from the case last year, a few days before he was expected to issue a ruling, over what was described as a technical violation of his contract with the Judicial Department. Munch replaced Rafferty — and, after more than a year of review of the record, concluded that the government missteps in the case, while nettlesome, didn't amount to a violation of Owens's right to a fair trial. The claims of outrageous government conduct "do not involve deliberate perjury and similarly serious ethical violations of a type that compromise the integrity of the court process,” he wrote.

Defense attorneys, including some who regard Rafferty's strange exit from the case as yet another black mark against "the integrity of the court process," expressed disappointment in the ruling. Current 18th Judicial District Attorney George Brauchler claimed satisfaction. “I hope this latest step brings some small measure of closure to the victims after all these years,” he said in a statement released by his office.

But has there been closure in any Colorado capital case lately, with Nathan Dunlap in death-row limbo and no executions in the past twenty years? There's a Tolstoyan epic worth of reasons why Colorado's death penalty is practically DOA, and the interminable appeals process is part of the equation. Munch's decision is a significant milestone in the case, but the road ahead for Owens and Ray appears to be twisty, uncertain, full of unexpected delays — and long.