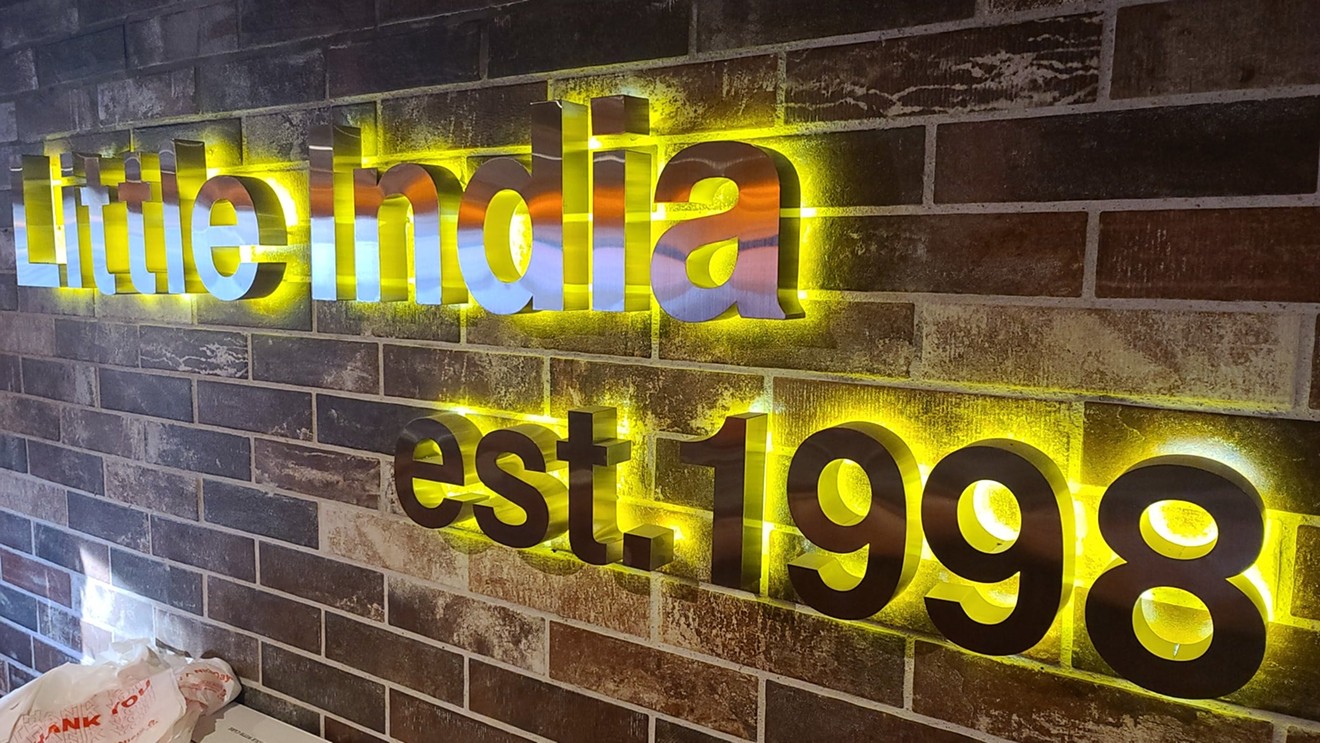 While takeout helped keep the restaurants going, the three Little India dining rooms are all open...and a fourth is coming. Little India
Little India is a family-run business that regards its employees as family, too. That was one of Simeran Baidwan's first considerations as COVID-19 started closing down restaurants. "When the pandemic hit in March, it wasn't about our family that started the restaurant," he recalls. "It was about the Little India family."

That family got its start when Baidwan used his retail background and his mother's recipes to open the first Little India with his parents in 1998; the little spot at 330 East Sixth Avenue quickly gained fans with its authentic dishes and welcoming atmosphere. Baidwan opened a second restaurant at 2390 South Downing in 2015, and had planned to open a third in northeast Denver, in what's now known as Central Park. Instead, he pivoted during the pandemic and went forward with a new spot in a century-old brick building at 3496 West 32nd Avenue. That restaurant debuted in early January, just as dining rooms were able to reopen at limited capacity.

But Baidwan managed to keep his employees busy even when dining rooms were closed. Many of those employees are immigrants; some have been with the restaurant for twenty years. Instead of laying off workers during the pandemic, Baidwan thought outside the box and created new jobs for them. Employees began handing out fliers and driving restaurant vehicles; Little India already had takeout and delivery models in place, since the food travels well, and Baidwan pushed those services. Meanwhile, some front-of-the-house staffers moved into the kitchen, learning how to use the clay ovens and keep making classic Little India dishes.

With restaurants now allowed to reopen at 100 percent capacity, customers can enjoy these dishes in all three of the Little India dining rooms. The Highland location has tall windows that open to the warmer weather; this summer the restaurant will offer sitar music in addition to a full menu, in hopes of creating a late-night scene. Baidwan hopes to have live music in other locations, too.

And he's moving forward with the Central Park location at 7352 East 29th Avenue, which he plans to open in August. He's working with Black Hound Designs to build out the restaurant.

Baidwan, a graduate of Manual High School and the University of Denver, is from the Central Park (formerly Stapleton) area, and understands that community of families with small children. “When our signs went up in the local paper, there was an emotional attachment," he recalls. "People were so happy that Little India is coming to their neighborhood.”

And Baidwan is happy that he managed to keep his extended family together. “Little India is not just little," he concludes. "It is great."

For hours and more information on the three Little India locations (the restaurants with the same name downtown and in Lakewood are not related), go to the website.
KEEP WESTWORD FREE... Since we started Westword, it has been defined as the free, independent voice of Denver, and we'd like to keep it that way. With local media under siege, it's more important than ever for us to rally support behind funding our local journalism. You can help by participating in our "I Support" program, allowing us to keep offering readers access to our incisive coverage of local news, food and culture with no paywalls.
Make a one-time donation today for as little as $1.