Our Ten Most Popular Food Stories in 2022 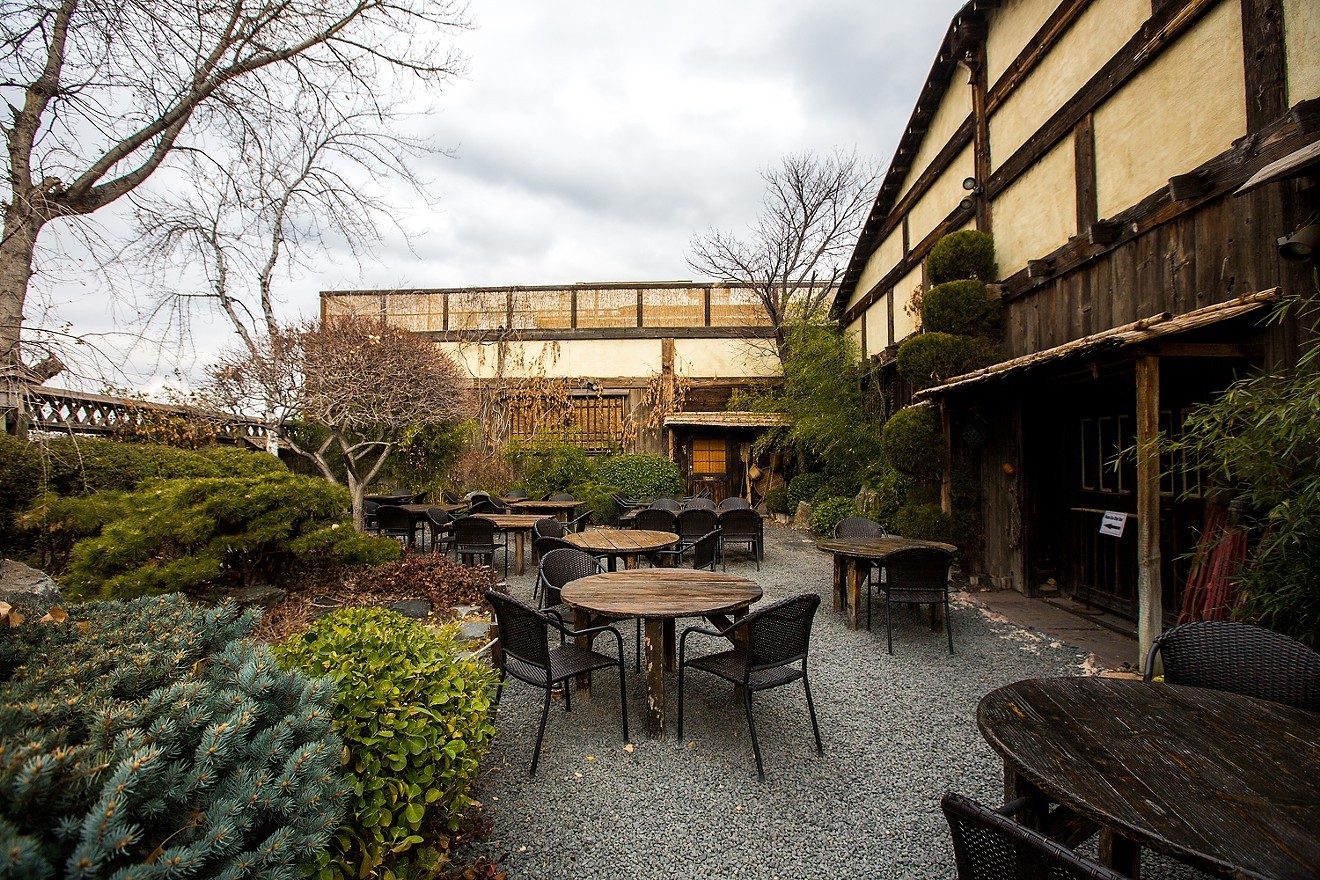 Beloved Japanese eatery Domo went viral on TikTok, then closed for good. Danielle Lirette
The hottest topics in the Denver dining scene over the past year have ranged from inflation-driven price increases to the proliferation of Korean Fried Chicken joints in the Mile High. But the stories that inspired the most clicks from readers involved the loss of two old favorites and a handful of one-of-a-kind additions.

Toss in one cheesy trial, a local whiskey that won big and some buzz about chain restaurants, and you've got our ten most popular food stories of 2022. 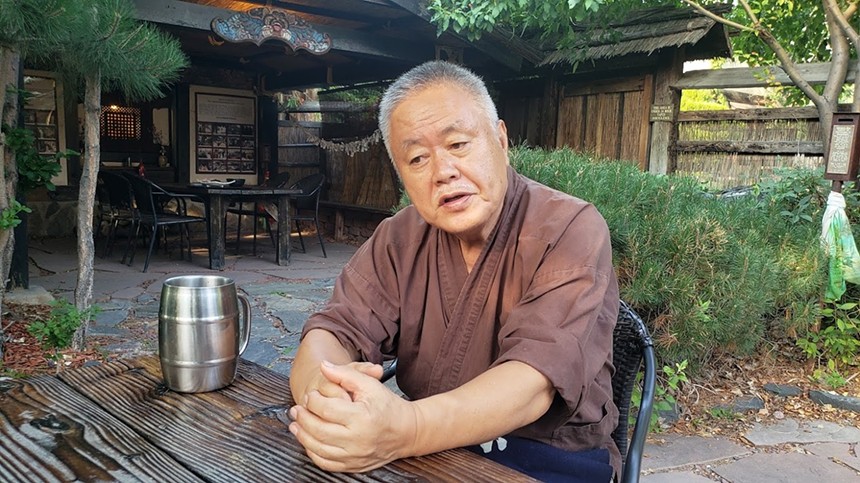 Gaku Homma has closed his restaurant but retains the space...for now.
Gil Asakawa
Domo Is Done, But Owner Gaku Homma Is Staying Busy
In August 2021, a TikTok video showing off the charms of Japanese eatery Domo went viral, forcing its owner, Gaku Homma, to temporarily shut down after crowds of people lined up to dine there. It was too much of a good thing. Domo eventually reopened, but Homma was overworked and understaffed. After he limited both Domo’s hours and capacity to make the load manageable for the staff he had, the restaurant limped along for a couple of months. But ultimately, he felt that he wouldn’t be able to maintain either the quality of the food or the service. Domo's permanent closure was confirmed in September, with Homma opting to focus on other ventures, including running his nonprofit, the Aikido Humanitarian Active Network.
click to enlarge PrimoHoagies is set to open in January.
PrimoHoagies
Five Fast-Casual Chains That Are Planning to Move Into Colorado
Denverites love to bemoan the number of chain eateries in the metro area, but this roundup of five fast-casual chains that planned to debut in the state in 2022 got a lot of readers hungry. So far, though, none of the spots has actually opened — a typical scenario for restaurant openings, which rarely happen without unforeseen delays. While there are no updates on when Roll-Em-Up Taquitos, SkinnyFATS, Chicken Salad Chick or the standalone outposts of Crack Shack will debut, PrimoHoagies is set to open at 6200 Leetsdale Drive in January. Alex Seidel's Roca's opened April 7 in Lakewood.
Molly Martin
Alex Seidel Transforming Lakewood's 35-Year-Old Frontroom Pizza Into Roca's
"It's daunting," Alex Seidel told Westword in January. At the time, the James Beard Award-winning chef, owner of Mercantile and Fruition and a founder of Chook Charcoal Chicken was in the early stages of taking over the 35-year-old Frontroom Pizza in the Lakewood neighborhood where he's lived for nearly two decades. The news of his latest project sparked a lot of interest, but since opening in April, Roca's has struggled a bit to find its footing. "Starting today, we will be closed for lunch service until further notice," reads a December 14 post on its Instagram page. "We know we've had our fair share of challenges, and our team needs some time to circle the wagons and work together on bringing something better to this community." For now, it's open for dinner Wednesday through Saturday.
click to enlarge Spirit Hound Distillers/Turn It Up Media
This Year's Highest-Ranking Whiskey in the World Is Made in Colorado
In April, we reported that Spirit Hound Distillers won the prestigious honor of Whisky of the Year at the international London Spirits Competition for its Straight Malt Whisky. The Lyons-based distillery took home the only U.S. gold medal, receiving the highest-quality rating of any U.S.-based spirit in the competition. "When entering a contest like this, there’s always a little bit of excitement going in with the thought of how amazing it would be to actually win," founder and head distiller Craig Engelhorn told Westword. "But in reality, it’s a hard thing to do." 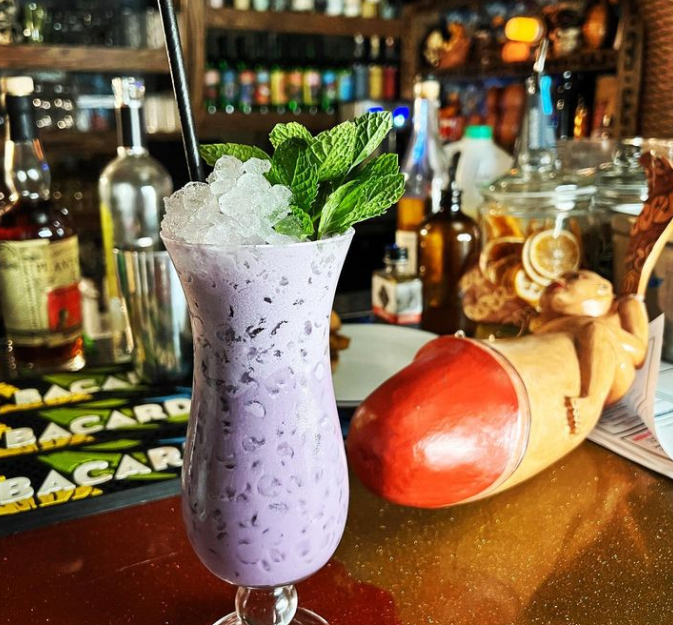 The team behind the Electric Cure now has three concepts, including Hell or High Water.
Hell or High Water/Instagram
A Haunted Gay Pirate Ship-Themed Tiki Bar Lands in LoDo
"We're gonna give Denver the tiki bar it deserves," Lexi Healy said when she announced plans to open a bar on the mezzanine of 1526 Blake Street. She and Veronica Ramos are the duo behind the Electric Cure in Edgewater; at Hell or High Water, which debuted in July, they went all in on creating an immersive experience with a gay pirate ship theme — complete with plenty of phallic totems. By October, the bar that was operating in the downstairs space on Blake Street, Fuel & Iron, had shuttered. Now Healy and Ramos are operating that space as Honor Farm, a concept that embraces the building's haunted history. Pollo asado is now permanently on the menu at Chipotle.
Molly Martin

Taste Test: Chipotle Adds a New Chicken Option for the First Time Ever
Since opening its first eatery at 1644 East Evans Avenue in 1993, Chipotle has grown from a scrappy startup to full-on fast-casual domination. In the process, a lot has changed. But for years, it didn't add any new menu items. When its new pollo asado hit menus in Denver for a test run in March, readers wanted a taste. Our conclusion: It's good, but if you're opting for the lime- and cilantro-spiked rice, pico or any other addition that has similar flavors, it's going to get lost in the mix. You don't have to take our word for it, though, since you can try it for yourself: The pollo asado is now a permanent menu item.
click to enlarge

RiNo Country Club and its nine-hole mini golf course caught the attention of readers.
Molly Martin
Adults-Only Putt-Putt Party Bar Opening in RiNo May 6
After growing very quickly in 2021, Handsome Boys Hospitality continued to make a splash in the Denver scene this year, especially when it debuted RiNo Country Club, a bar near the Mission Ballroom complete with a nine-hole mini-golf course. Also ranking high in our most popular stories: the opening of the group's Teenage Mutant Ninja-themed bar on Broadway, Casey Jones. The Crypt made a splash when it debuted in January.
Molly Martin
Punk Bar The Crypt Opens January 13 With Mostly Vegan Menu
The rise in plant-based food options was one of the biggest food stories of 2022, and the Crypt is just one example of meat-free eating going more mainstream. Co-owner Priscilla Jerez worked at the now-closed Tooey's on Colfax for nearly a decade before opening her own spot, which has quickly become a favorite for those in the industry and anyone who appreciates its particular brand of "weird," as Jerez put it.

The Leprino Foods headquarters in Denver.
Helen Xu
Leprino Foods Heads to an Epic Cheesy Meltdown
The largest supplier of mozzarella cheese in the world, Leprino Foods, is based in Denver, and despite the private ways of the company's billionaire owner, both his life and his business were put on display during a recent trial that pitted family against family. While James Leprino ultimately won the lawsuit, there were some interesting takeaways mid-trial and after the verdict was read, all of which caught the attention of readers.
click to enlarge

Tables at the Breakfast King were set inside the empty restaurant on January 3, but the doors never opened again.
Molly Martin
Another Diner Done: Breakfast King Closes Permanently
It's been nearly a year, but the loss of the Breakfast King still hurts as much as it did the day we learned of its demise after 47 years in business. While many old Denver staples have shuttered since the beginning of the pandemic, this closure particularly resonated with readers, who were left to mourn a longtime standby, and one of the last greats in the city's 24/7 diner scene. "Anyone who’s been up at three or four in the morning, either starting their day or ending it, has probably been there, and probably loved it," wrote Teague Bohlen in his ode to the King shortly after it shut down. "It wasn’t that the food was amazing (though it was), or that they knew how to fill a cup (though they did), or that they knew that customers came back time and again because of the welcome they felt coming through the door any time of day (though we did). It was all of that and more. It was quintessential Denver."
KEEP WESTWORD FREE... Since we started Westword, it has been defined as the free, independent voice of Denver, and we'd like to keep it that way. With local media under siege, it's more important than ever for us to rally support behind funding our local journalism. You can help by participating in our "I Support" program, allowing us to keep offering readers access to our incisive coverage of local news, food and culture with no paywalls.
Make a one-time donation today for as little as $1.