Every Restaurant Opening and Closing This Week, July 17-23

A new concept is cooking at the Denver Central Market. Lunchboxx
After a bit of a lull the first and second weeks of July, the pace has picked up — with eleven additions to metro Denver's food and drink scene to report. At the Denver Central Market, the first new concept since the food hall opened in 2016 debuted in the former SK Provisions space: Lunchboxx. Brought to us by Zach Spott, who was previously the chef at Brass Tacks, it boasts a menu of "Boxxes" loaded with such proteins as rotisserie chicken, lamb kabobs and tofu, along with a deli case filled with sides like Hawaiian mac salad, carrot and beet slaw, and fried curried cauliflower.

Nearby, at the Industry building on Brighton Boulevard, Fusions Bar & Grill's opening brings another gay bar to the Denver scene — and we appreciate the step-by-step parking and directional photos provided on its website.

Three new beverage-focused spots have joined the scene: Coffee Story in Aurora has smoothies, shaved ice and macarons (including one with a unicorn horn) along with caffeinated beverages; Milk Tea People on Market Street has tea lattes, fruit-filled frescas, tonics and teas topped with cheese cream; and Happy Lemon, a China-born bubble tea chain, has brought its all-natural tea-based drinks to Edgewater Market.

Also in Edgewater, R&R BBQ, which got its start in Salt Lake City, is serving up smoked meat and sides like hushpuppies and garlic mashers with brown gravy.

Travelers at Denver International Airport have two new options for food and drinks: Shake Shack opened its first location with a full bar, and Atlanta-based SweetWater Brewing landed with craft beers and a full food menu — though its flagship 420 Extra Pale Ale may not be allowed to be on tap.

Here's the full list of openings and closings this week: 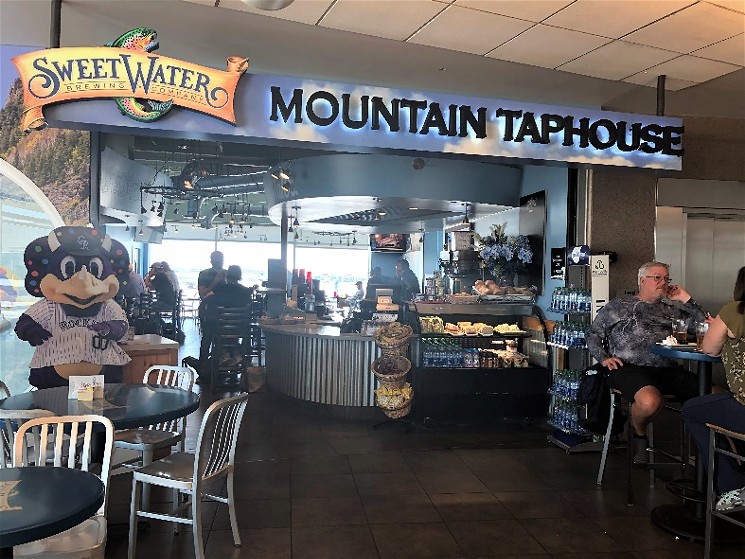 SweetWater debuts at DIA, but its flagship 420 Extra Pale Ale may be MIA.
Denver International Airport
Restaurants and bars opening this week*:

Restaurants and bars reopening this week*: