Billy's Inn/Instagram
Monday mornings are tough, but this series isn't. Social Sightings is your quick look at interesting food tidbits that we've spotted recently. It goes down as easy as your first cup of coffee, and should whet your appetite for the week ahead.

Molly Martin
During a sneak peek at Chez Maggy, the first restaurant outside of California for well-known French chef Ludo Lefebvre, trout almondine was served swimming in French butter (in a very, very good way). The restaurant is located inside the new Thompson Hotel at 1616 Market Street. Lefebrve says to expect plenty more butter, a burger so juicy "you'll have to eat it with a fork and knife," and bison (an ingredient he "loves") tartare when his Colorado-inspired take on a traditional French brasserie debuts.
Opening date: February 7
Instagram: @chezmaggy_denver 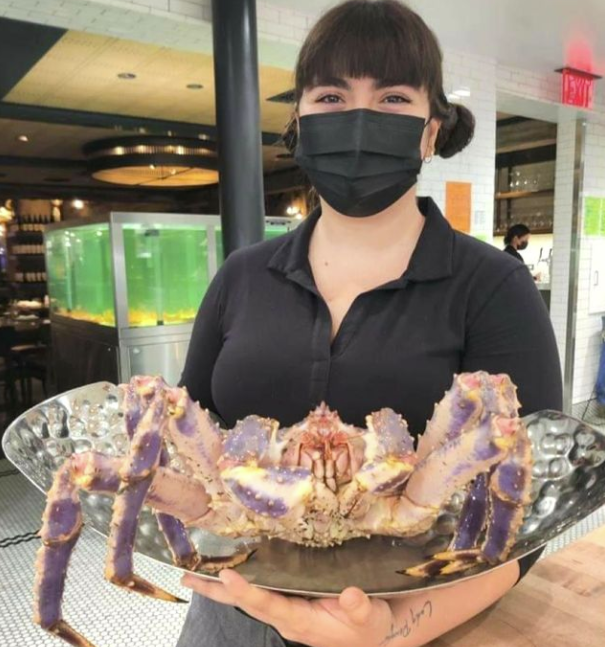 Water Grill/Instagram
Up the block at 1691 Market Street, Water Grill will have Denver awash in seafood feasts. The restaurant was founded by the family-owned, Southern California-based King's Seafood Company, which has four Water Grill locations in California and one in Las Vegas. Expect upscale seafood platters, a raw bar with a large variety of oysters, and whole crustaceans (including massive king crab).
Opening date: February 9
Instagram: @watergrill Lucina
The team behind Create Cooking School at Stanley Marketplace is almost ready to open the doors at Lucina, its new Latin concept at 2245 Kearney Street. The name honors co-owner Erasmo "Ras" Casiano's mother, whose name is Santa Lucina (or St. Lucy), and the menu will highlight the flavors and ingredients that he and co-owner Diego Coconati grew up eating. The team is hoping to open reservations soon for its first night of service.
Opening date: February 12
Instagram: @lucinaeatery

Ronin Lowry/Instagram
One of our ten most anticipated openings for the last half of 2021 was Ronin Lowry, a new location of one of the city's best sushi restaurants, Sushi Ronin. Pandemic-related supply issues slowed down the process and pushed the debut of the spot at 7111 East Lowry Boulevard into the new year, but now an opening date is in sight.
Opening date: Second week of February
Instagram: @roninlowry
KEEP WESTWORD FREE... Since we started Westword, it has been defined as the free, independent voice of Denver, and we'd like to keep it that way. With local media under siege, it's more important than ever for us to rally support behind funding our local journalism. You can help by participating in our "I Support" program, allowing us to keep offering readers access to our incisive coverage of local news, food and culture with no paywalls.
Make a one-time donation today for as little as $1.