The 2023 Dream Home from HGTV. HGTV
Every year since 1997, HGTV has given away a "dream home." Past HGTV dream home locations have included Jackson Hole and Lake Tahoe; this year, the house is a stunner located in Morrison. The only other time HGTV gave away a Colorado dream home was in 2007 — a rustic, mountain-style design by Winter Park with ski-in and ski-out privileges.

The 2023 HGTV dream home is built in the trendy, modern-farmhouse style, tucked into Morrison's rolling foothills. With a sprawling open floor plan and three bedrooms, the house has high ceilings studded with skylights that flood the space with natural light, a large deck and patio with alpine views, and a two-car garage.

Living in Morrison can be idyllic: You're far enough from the city for peace, but close enough to drive in without a major headache. Hiking options abound, the adorable Bear Creek Avenue is lined with small shops and restaurants, and, of course, the town is home to one of the greatest outdoor venues in the world: Red Rocks Amphitheatre.

While you wait to see if you've won your dream home, which is included in a grand-prize package valued at $2.7 million, you can pass the time learning these fun facts about Morrison:

The Utes Used Red Rocks for Music First
Indigenous people lived around what would become Morrison centuries before the Gold Rush pulled pioneers toward the Rocky Mountains. For a while, the Ute tribe occupied the foothills where Colorado's most famous amphitheater was later built around natural rock formations. The Utes filled the area with music, as well; they considered the site sacred and used it for ceremonies. Legend has it that on a quiet day at Red Rocks, you can still hear the echo of Ute drums from the past. Find more facts about Red Rocks here.

Three Dinosaur Species Were Discovered Here
The Morrison Formation extends throughout the western United States. But it was at Dinosaur Ridge near the town that the first complete remains of the Stegosaurus and Apatosaurus were found in 1877; fossils of the Diplodocus and Allosaurus were also discovered. Then, in 1937, hundreds of dinosaur footprints were uncovered when construction was done on the future Alameda Parkway.

It Was Named for George Morrison
Businessman George Morrison founded the town of Mt. Vernon before moving to the Bear Creek area, where he created the Morrison Stone, Lime and Town Co. and mapped out the town of Morrison in 1874. His sandstone quarry near the Dakota Hogback provided stone for the Brown Palace Hotel, Union Station and other landmarks. His son, Thomas Cowan Morrison, became the town's first mayor after it was officially incorporated in 1906.

Julia Child Had a Favorite Restaurant in Morrison
Morrison has a few legendary restaurants, including one praised by Julia Child: The Fort, a classic Old West restaurant that occupies an adobe replica of the old Bent's Fort, the circa 1840s trading post, which adman-turned-restaurateur Sam Arnold created in the ’60s. He knew Child, and even taught her how to open a bottle of champagne with a tomahawk. According to the Fort, Child's favorite dish was the bone marrow.

It's the Site of One of the Most Famous U.S. Kidnappings
Adolph Coors III was the grandson of Adolph Coors, who created the iconic Colorado beer in Golden in 1873. On February 9, 1960, 45-year-old Adolph III's car was discovered on Turkey Creek Bridge by a milkman, abandoned but with the radio still playing; police searched the area and found Coors's glasses and hat with bloodstains. The next day, Coors's wife received a ransom letter requesting $500,000. More than two months later, Adolph III's remains were found; in the meantime, the crime had led to the greatest FBI manhunt since the Lindbergh baby kidnapping. Joseph Corbett Jr. was eventually convicted of the murder in May 1961; he was released on good behavior in 1980, but died by suicide in 2009, just ten miles from where he'd killed Coors.

It's not too late to enter the HGTV dream home contest; get the details here.
KEEP WESTWORD FREE... Since we started Westword, it has been defined as the free, independent voice of Denver, and we'd like to keep it that way. With local media under siege, it's more important than ever for us to rally support behind funding our local journalism. You can help by participating in our "I Support" program, allowing us to keep offering readers access to our incisive coverage of local news, food and culture with no paywalls.
Make a one-time donation today for as little as $1.
Emily Ferguson is Westword's Culture Editor, covering Denver's flourishing arts and music scene. Before landing this position, she worked as an editor at local and national political publications and held some odd jobs suited to her odd personality, including selling grilled cheese sandwiches at music festivals and performing with fire. Emily also writes on the arts for the Wall Street Journal and is an oil painter in her free time.
Contact: Emily Ferguson 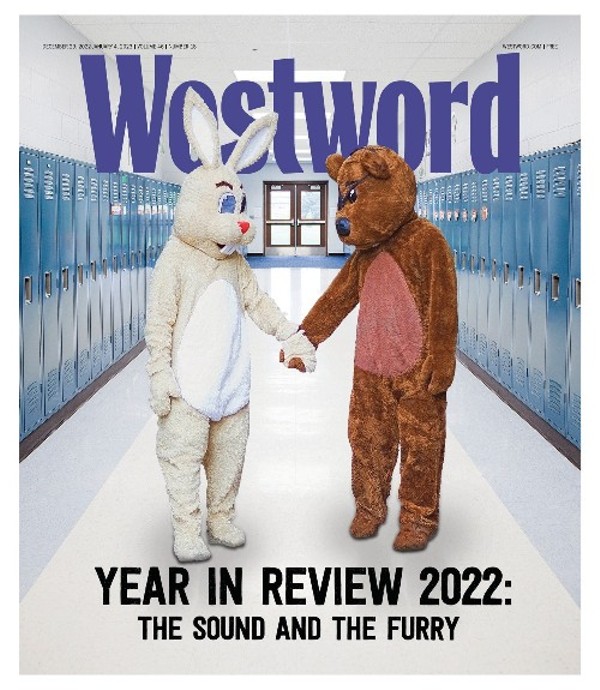