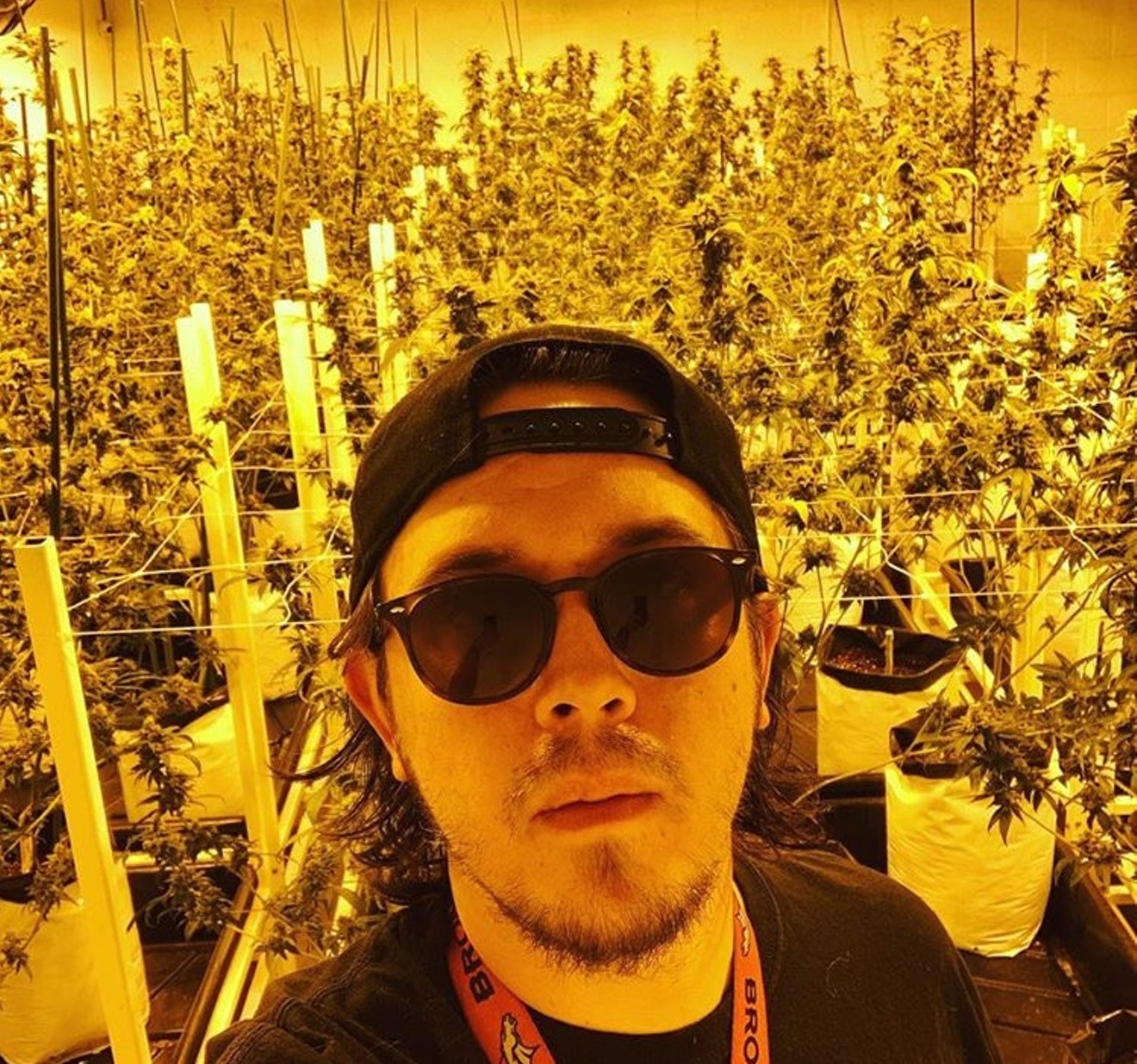 Kennn Wall transferred his skills from the culinary world to cannabis extraction. Courtesy of Kennn Wall
As society continues to accept commercial cannabis, consumption methods continue to evolve. Users want more specific, potent and discreet options, which has led to a rise in concentrates.

Potency and composition are much easier to manipulate in cannabis concentrates than they are in cannabis flower, and few can play in the extraction lab like Kennn Wall. The co-founder of Single Source Colorado, a solvent-less extraction brand, has a growing profile on social media and is known at extraction competitions for solvent-less methods that can hang with or push aside just about any chemical-based extraction process. We sat down with Wall to learn more about his journey to the hash lab and which strains work best for the rosin press, among other topics.

Westword: Did you get into growing first and then extraction?

Kennn Wall: No, I actually got into extraction first. I used to be a chef back in the day. I was a sous-chef at Steuben's for a while, but my best friend was having some success at making hash for RiverRock Wellness, and was one of the few people doing it before freeze dryers and all that stuff came out. I was kind of upset with my career, and he gave me the option to get into this. One day, I finally said, "Let's do it." About a year after that, I tried some growing, but not with much success.

Is starting out with extraction first typical, or is that like running before you walk?

Maybe in this state it is, because of all the regulations and everything happening at the moment I got in. It was kind of like a cool thing back then, being an extractor, just like being a chef. In California, where the water hash thing first got big, I feel like most of them were cultivators and then just found themselves extracting. I think most extractors are like that, but out here it might be a little different.

Is there a learning curve with cannabis extraction? Do you master one process before the other, or can you just start out making solvent-less live resin right away?

I was blessed with the opportunity to have my best friend in the business, and he was already in the solvent-less side of things. When I started dabbing, I started with crappy dabs like everyone else, and crappy nails, too. But I was still blessed to start solvent-less, so that's what I became good at. I have a fair amount of knowledge about other extraction methods, but it's just not what I'm into. I dig solvent-less — the cleanliness, and how it makes you feel.

Are some strains better for certain extraction processes than others?

Maybe 5 to 10 percent of strains on the market actually do well for solvent-less and water extraction. That's kind of how Single Source was born, because [business partner and Single Source co-owner] Anthony Karas had some strains in his arsenal that do well, and so did I, and we really liked each other's techniques. That's really rare.

Chem strains, Sours, GMO strains, Papaya — those all do really well. Some of the strains that do well are being crossed with each other to make lineages for better hash, which is great. It's happening a lot here with breeders like Oni Seeds and Harry Palms, who are developing strains just for hash.

Which strains and extraction techniques are people gravitating toward at the dispensary?

Rosin cartridges are a big thing right now. A high-quality C-cell or ceramic cartridge with just live resin, or rosin, with no additives. Those have seen a big nudge in popularity, and solvent-less and fresh frozen are some of the fastest-growing concentrate categories on the market right now. Rosin is really cool, because it can mock all of the consistencies of a butane extraction: soft, sugar, shatter. It's just understanding how to manipulate it with heat and pressure.

Post-refinement techniques with live resin or rosin make it stable for a vape cartridge, and that's just heat most of the time, to convert THCA to THC and allow it to stay in a syrupy consistency. We're barely activating it to turn it into a sap. No additives.

What kinds of concentrates or strains are you smoking right now?

I pretty much just smoke flowers and solvent-less concentrates. GMO, Strawnana Papaya is one of my favorites, Chem De La 91. Any of those made into a rosin or full-melt hash are some of my favorites, as well. Really strong, terpy strains.

I used to have to be a slave to the wholesale market and buy whatever's available, so being able to control your own destiny and grow your own starting material is a key to success for a lot of brands, like Coca-Cola. As a hash maker, I'm just a reflection of the material. I can't polish something and make it better than it originally was. As a hashmaker, you're a slave to the material. So I would say growing is an easier route to creating a great brand.
KEEP WESTWORD FREE... Since we started Westword, it has been defined as the free, independent voice of Denver, and we'd like to keep it that way. With local media under siege, it's more important than ever for us to rally support behind funding our local journalism. You can help by participating in our "I Support" program, allowing us to keep offering readers access to our incisive coverage of local news, food and culture with no paywalls.
Make a one-time donation today for as little as $1.