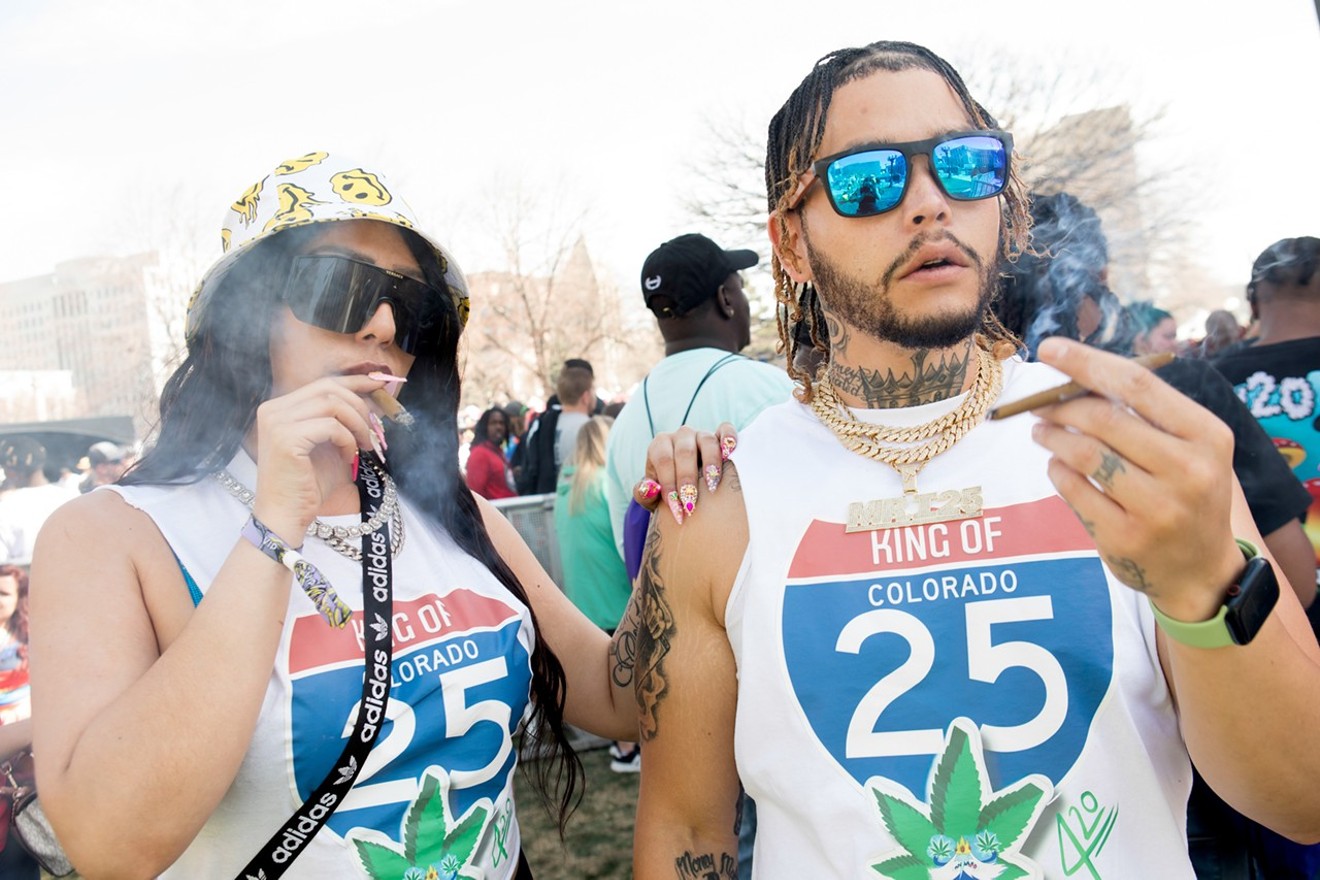 The permit to hold the Mile High 420 Festival, the most recent rendition of a 4/20 event at Civic Center Park, is currently owned by Colorado dispensary chain Euflora and its delivery service, FlyHi. However, earlier this month Euflora agreed to an acquisition offer from Michigan-based JARS Cannabis.

While there was no mention of the rights to the 4/20 festival permit in the acquisition announcement, JARS will be taking over the event in 2023.

"Following the acquisition, JARS will continue to uphold Euflora and FlyHi’s tradition of hosting the annual 420 Festival at Civic Center Park on April 20,” Euflora chief operating officer Scott Rybicki says. “Attendees can look forward to enjoying a variety of vendors in addition to local artists and live musical performances.

According to Denver Parks and Recreation, the sale or transfer of an event permit is not allowed under city rules "except under a few circumstances related to a corporate sale or merger." Although the Euflora acquisition hasn't yet been completed, Euflora is an LLC set to merge with JARS, so new ownership could retain control of the event permit upon review, according to Parks and Rec spokesperson Cyndi Karvaski.

A pro-marijuana 4/20 event has taken place at Civic Center Park on April 20, the unofficial cannabis holiday, for nearly two decades. The initial demonstrations turned into the city-permitted 420 Rally in 2007, with a free concert and vendors joining a lineup that already included political speeches and unsanctioned marijuana consumption. The celebratory aspects of the 420 Rally increased as medical marijuana and then recreational pot were commercialized in Colorado.

After a messy end to the 2017 420 Rally, Denver Parks and Rec stripped event organizers of their permit priority for an event at Civic Center Park on April 20 and the surrounding weekends. Euflora eventually gained control of the 4/20 event permit, and has hosted the rebranded Mile High 420 Festival twice since 2018; the 2020 and 2021 events were both canceled during the COVID-19 pandemic.

Although the Mile High 420 Festival stripped away many of the last political aspects of the event, unsanctioned pot use remained an integral part of the celebration, even though public consumption is still illegal in Colorado. Marijuana use was rampant at last year's festival, and the Denver Police Department issued zero public-consumption citations at Civic Center Park that day.

Asked if JARS would change anything about the event, Rybicki didn't mention marijuana use, but he did say that the name will be new.

“With the acquisition, the annual festival will now become known as the ‘JARS Cannabis 420 Festival’ and will be rebranded to incorporate and display JARS’s bold branding,” he says. “We’re thrilled to have the opportunity to bring JARS’s national brand into Colorado, and we look forward to bringing this new, consumer-focused festival experience to life.”
KEEP WESTWORD FREE... Since we started Westword, it has been defined as the free, independent voice of Denver, and we'd like to keep it that way. With local media under siege, it's more important than ever for us to rally support behind funding our local journalism. You can help by participating in our "I Support" program, allowing us to keep offering readers access to our incisive coverage of local news, food and culture with no paywalls.
Make a one-time donation today for as little as $1.