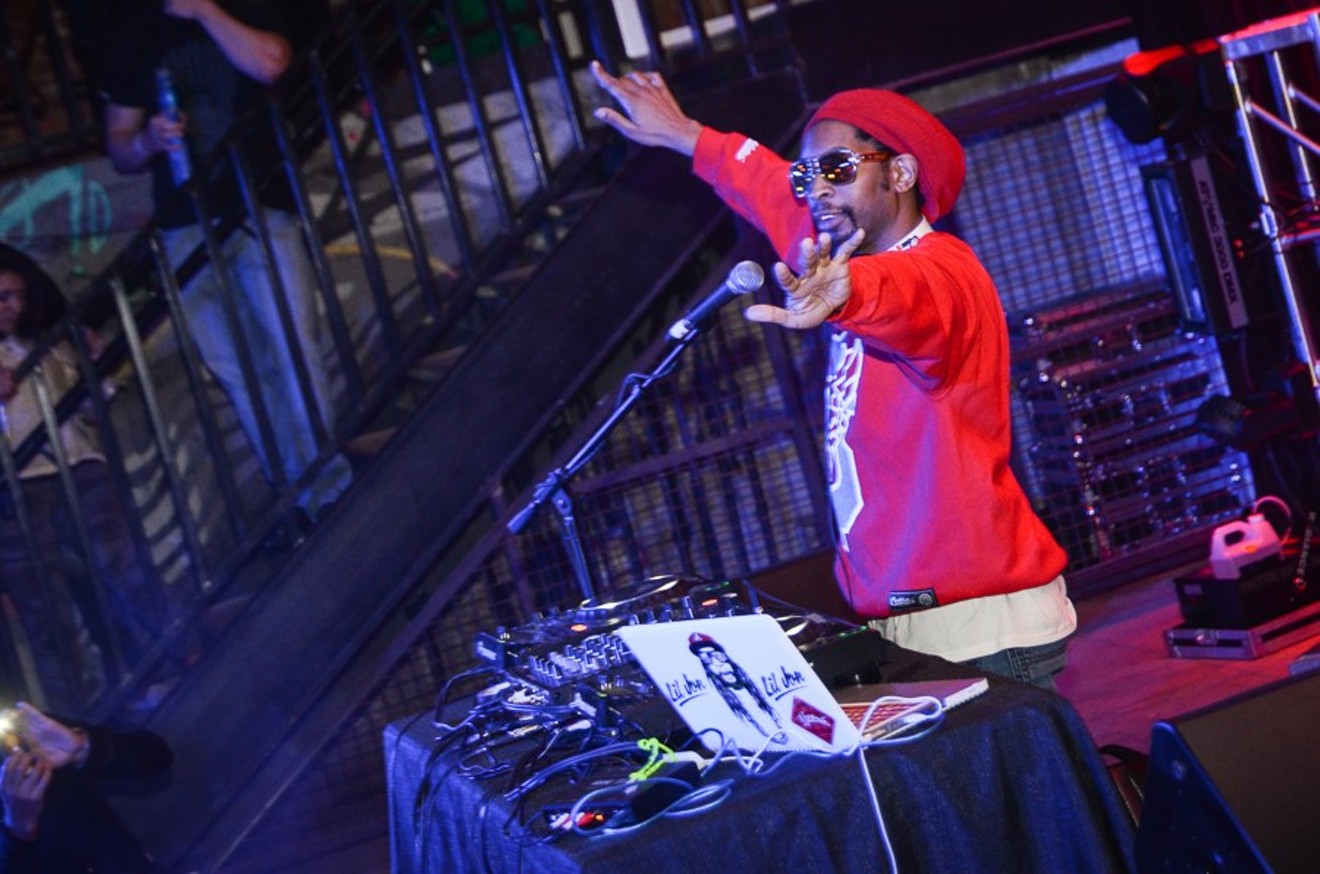 Lil Jon has evolved since his crunk days, not that we asked them to go away. Kenneth Hamblin III
April 20 is less than six weeks away, and organizers of the Fly Hi 420 Fest, Denver's yearly 4/20 celebration, are beginning to release details about who's headlining the fun at Civic Center Park.

Lil Jon, a veteran of both hip-hop and the 4/20 concert scene in Denver, will return to perform during the 420 Fest on Monday, April 20. The free event, presented by Colorado dispensary chain Euflora, has included the rapper in the past, signing him and Lil Wayne to perform at the first Fly Hi show in 2018.

Civic Center Park has been Denver's unofficial gathering spot on 4/20 since long before recreational marijuana was legalized in this state. In 2018, Euflora took over the permit for the park after the Denver 420 Rally, the longtime organizer of April 20 festivities there, ran into trouble with the city following a messy 2017 event.

Under both organizing groups, Civic Center's 4/20 events have seen plenty of non-sanctioned toking around the stages. While Fly Hi Fest's event page doesn't explicitly say "No smoking," it does include the fact that public consumption of marijuana is illegal in Colorado — despite traditionally lax (but not nonexistent) enforcement by police at Civic Center on April 20, compared to days that don't have thousands of people crowded in the park for the sole purpose of celebrating pot.

Vendors will be selling food, alcohol and cannabis-related items at the festival. Although it's free and open to all ages, organizers suggest that kids don't attend Fly Hi because of, well, you know.

The 4/20 fest usually brings in more than one headliner for the concert, but it's also typically slow to share the full details of the agenda. For example, in 2019 it waited until mid-March to announce that T.I. and Jermaine Dupri would headline that year's show. As of now, Lil Jon is the only artist announced on the festival's 2020 schedule.

Register to attend or check out the Fly Hi 420 Fest website for more updates as 4/20 gets closer.
KEEP WESTWORD FREE... Since we started Westword, it has been defined as the free, independent voice of Denver, and we'd like to keep it that way. With local media under siege, it's more important than ever for us to rally support behind funding our local journalism. You can help by participating in our "I Support" program, allowing us to keep offering readers access to our incisive coverage of local news, food and culture with no paywalls.
Make a one-time donation today for as little as $1.