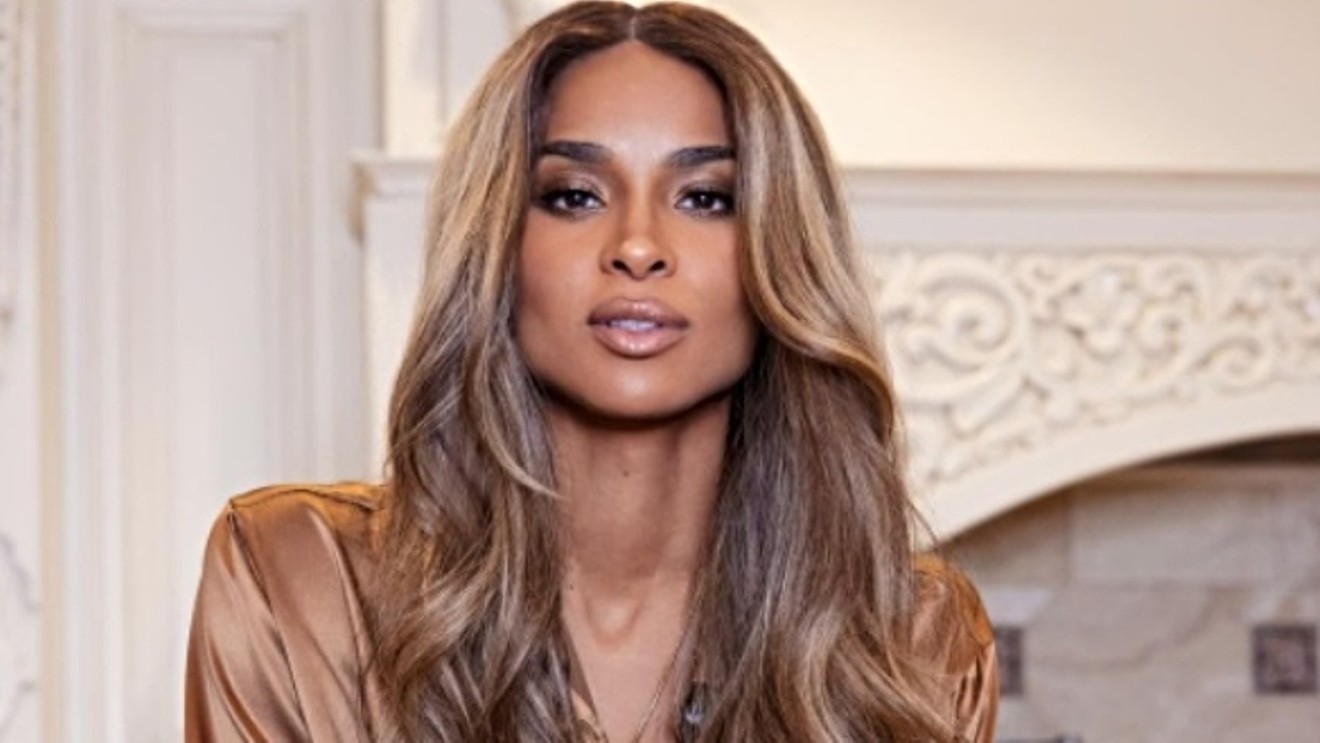 Ciara as seen in a March Instagram post promoting Ten to One Rum, a company in which she's an investor and co-owner. Ciara Instagram
Since his trade to the Denver Broncos last month, Super Bowl-winning quarterback Russell Wilson  has made plenty of high-profile public appearances, including at the Denver Nuggets-Golden State Warriors playoffs game on Sunday, April 24. And for most of them, his wife, Ciara, has been at his side.

So far, the Denver media has kept the focus on Wilson; in sports stories, the most frequent label for the single-name Ciara is "entertainer." But she's a fascinating and formidable figure in her own right. She's been in the public eye for nearly twenty years, and the title of her second album, Ciara: The Evolution, has proven to be apt.

Haters originally perceived Ciara (pronounced "Sierra") as a standard-issue R&B sexpot with a penchant for drama, as epitomized by a lawsuit filed against rapper Future, the father of her first child, in which she claimed that her former fiancé had publicly threatened to kill Wilson, among other things. But since hooking up with the QB (something she only did from a coital standpoint after they were married), she's transformed her image into that of a devout Christian and devoted family woman who also happens to be a savvy entrepreneur. But she also has a sense of fun, as demonstrated by a recent video of her playing football with Wilson on the White House lawn.

Ciara may be Denver's new crush, but the 31.5 million people who follow her on Instagram show that her appeal extends well beyond the city limits. 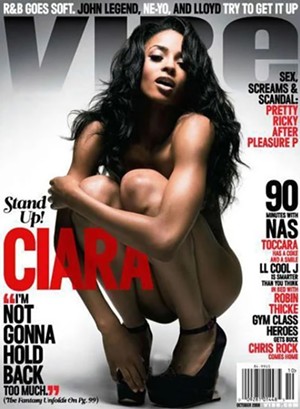 Ciara says she didn't actually pose nude for this 2008 cover of Vibe.
Vibe via hiphopdx.com

Born Ciara Princess Harris in Fort Hood, Texas, in October 1985, Ciara was raised in Atlanta, where she formed the girl group Hearsay with a couple of pals when she was in her mid-teens. The act brought her to the attention of executives at LaFace Records, which released her first album, Goodies, in 2004, when she was still south of twenty. The crunky title track, which featured Petey Pablo, was among four hit singles spawned by the triple-platinum long-player; the others included "And I," "Oh," with Ludacris, and the unstoppable "1, 2 Step," which paired her with Missy Elliott.

Followups such as Ciara: The Evolution, 2009's Fantasy Ride, 2010's Basic Instinct, 2013's Ciara, 2015's Jackie and 2019's Beauty Marks didn't quite hit these heights, but they were successful enough to keep her professionally viable and led to other opportunities, including appearances in films such as All You've Got (2006), Mama, I Want to Sing! and That's My Boy (both 2012), as well as the TV series The Game (2013); she also snagged a modeling contract with IMG and a gig as global brand ambassador for Revlon.

Along the way, Ciara dealt with her share of controversy. In 2008, for instance, she appeared nude on the cover of Vibe but later accused minions at the magazine of airbrushing the clothes off her — a claim Vibe's editor denied, saying the shot was actually her idea.

Not that she was shy about venturing into erotic territory during this period. The video for 2010's "Ride," another Ludacris team-up, inspired a Westword post whose headline asked the question, "Sex Sells, but Who's Buying?" In the clip below, Ciara engages in floor-humping and more while adorned in a variety of tantalizing outfits, including one skin-bearing number worn under a fur coat.
In May 2014, Ciara gave birth to a son, Future Zahir Wilburn, named for his hip-hop pop. But the parents' relationship cratered soon after, with Ciara calling off their engagement because of alleged infidelity — and the tensions kept rising after she connected with Wilson, whom she met at a basketball game co-starring a team from the University of Wisconsin, which he attended. A July 2016 piece in Vulture quoted from newly filed legal documents in which Ciara cited a Future tweet from the previous year with "football emojis and guns pointing towards the footballs." Also noted was the Future song "Juice," in which he says, "Tryna fuck my baby mama, dog what's up with you? You gon' make me get that heat, I'm pulling up on you."

By the way, that "Tryna fuck my baby mama" line wasn't entirely accurate. Ciara told Cosmopolitan that the two refrained from getting horizontal until they exchanged their wedding vows in 2016, after more than a year's worth of dating. In her words, "It definitely was a huge challenge because I look at my husband and go, 'Ooh!' I'm human...we're human! But the cool thing about us is that we're equally yoked. It makes a difference when you share the same views. We were able to lock-and-step from day one."

After being hit with Ciara's lawsuit, Future countersued, contending, according to Pitchfork, "that he couldn't have harmed her reputation because her career was failing." But both complaints were eventually dropped as Ciara and Wilson moved on with their lives together. They now have two children together: Sienna Princess Wilson, born in April 2017, and Win Harrison Wilson, born in July 2020.

Rather than "failing," her career has moved into other areas. Today, Ciara has her own fashion line, The House of LR&C; the letters stand for "Love, Respect and Care." She's an investor and co-owner of Ten to One Rum. And she and Wilson run Why Not You Production, a company contractually linked with Amazon Prime Video. Its best-known movie to date is National Champions, whose IMDB summary points out that it "follows a star quarterback who ignites a players strike hours before the biggest game of the year in order to fight for fair compensation, equality and respect for student-athletes." Currently streaming, the film stars Stephan James and Oscar winner J.K. Simmons, as well as Tim Blake Nelson, Kristin Chenoweth, Timothy Olyphant and lots of other notables, and has a rating of 64 percent on Rotten Tomatoes.

There's also Why Not You?, a children's picture book on which Ciara and Wilson collaborated. The offering is intended to "inspire young readers to see the value in themselves, be brave, and go after their biggest dreams! Why not you? Amazing you! You’re a winner! You’re so strong! You are perfect and important — you and all your gifts belong!"

As for Ciara's gifts, they definitely belong in Denver.

Here's the video of Ciara and Wilson tossing around a pigskin at the White House, as shared by the Broncos.