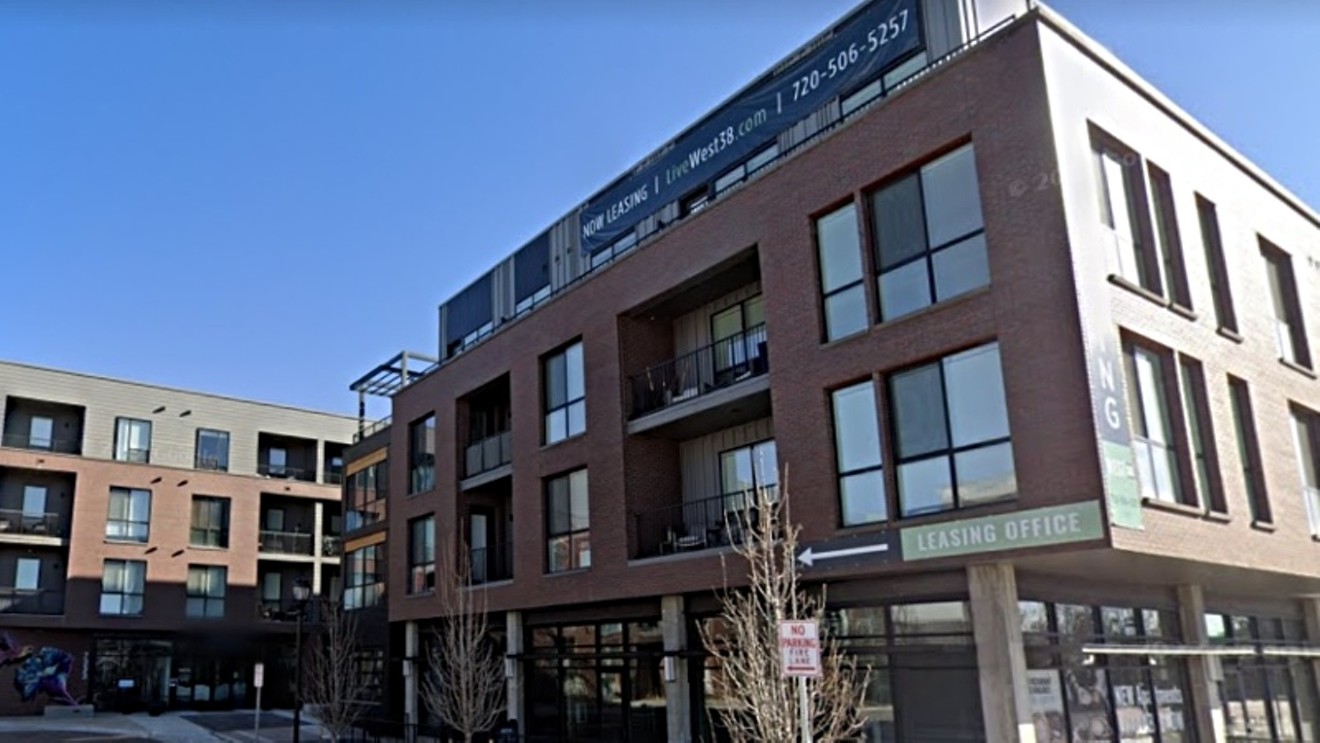 West 38, an apartment complex at 7333 West 38th Avenue in Wheat Ridge, has units available from $1,564 to $2,543. Google Maps
The December rent report for Denver is Apartment List's most expansive yet, with data for more metro area communities than ever before, along with year-to-year comparisons that provide insight into the wild price spikes of the past few years, as well as the modest declines that have marked recent months.

Along the way, the survey reveals the communities with the closest thing to bargain rent right now, as well as the three places where costs are still climbing.

Within Denver city limits, median monthly rent slid by 1.5 percent in November, after a 1.0 percent decline in October and a 0.2 percent dip in September that marked the end of increases through the first eight months of 2022.

While November's median one-bedroom rent of $1,399 in Denver was still 1.7 percent higher than at this time last year, it represents a major improvement over rent in July, for example, which was 8.8 percent higher. Moreover, that 1.7 percent increase is well below bumps of 3.7 percent for Colorado and 4.6 percent for the United States as a whole since November 2021. Apartment List
Also new from Apartment List are juxtapositions of annual rent prices over the past four years. Costs in Denver rose by just 1.0 percent in 2019 before tumbling by 5.1 percent in 2020, at the peak of the pandemic. The next year saw a huge swing in the opposite direction, with 2021 rents soaring by 16.9 percent before slowing to a 3.0 percent pace for 2022 to date.

Boulder is the subject of its own Apartment List rent report, and the latest stats show that median rent prices there dropped by 0.8 percent — less than the 1.4 percent slip in October, but better than in September, when prices remained essentially flat. But this development didn't save Boulder renters any money. In something of a statistical anomaly, Boulder's median one-bedroom price of $1,509 last month was actually a few bucks higher than the $1,506 in October. The same phenomenon was seen for two- bedroom units; the November median price of $1,923 was just above the $1,919 the month before.

The four-year rent comparison in Boulder brought slightly better news: Rent had fallen by 3.6 percent in 2019 and another 5.2 percent in 2020 before zooming skyward by 18.6 percent in 2021. The increase to date in 2022 is 1.6 percent — a blessing, given the loss of more than 1,000 residential structures in Boulder County during the December 2021 Marshall fire.
KEEP WESTWORD FREE... Since we started Westword, it has been defined as the free, independent voice of Denver, and we'd like to keep it that way. With local media under siege, it's more important than ever for us to rally support behind funding our local journalism. You can help by participating in our "I Support" program, allowing us to keep offering readers access to our incisive coverage of local news, food and culture with no paywalls.
Make a one-time donation today for as little as $1.