Keith "Kill Them All" Wrede Hit With Police Brutality Lawsuit 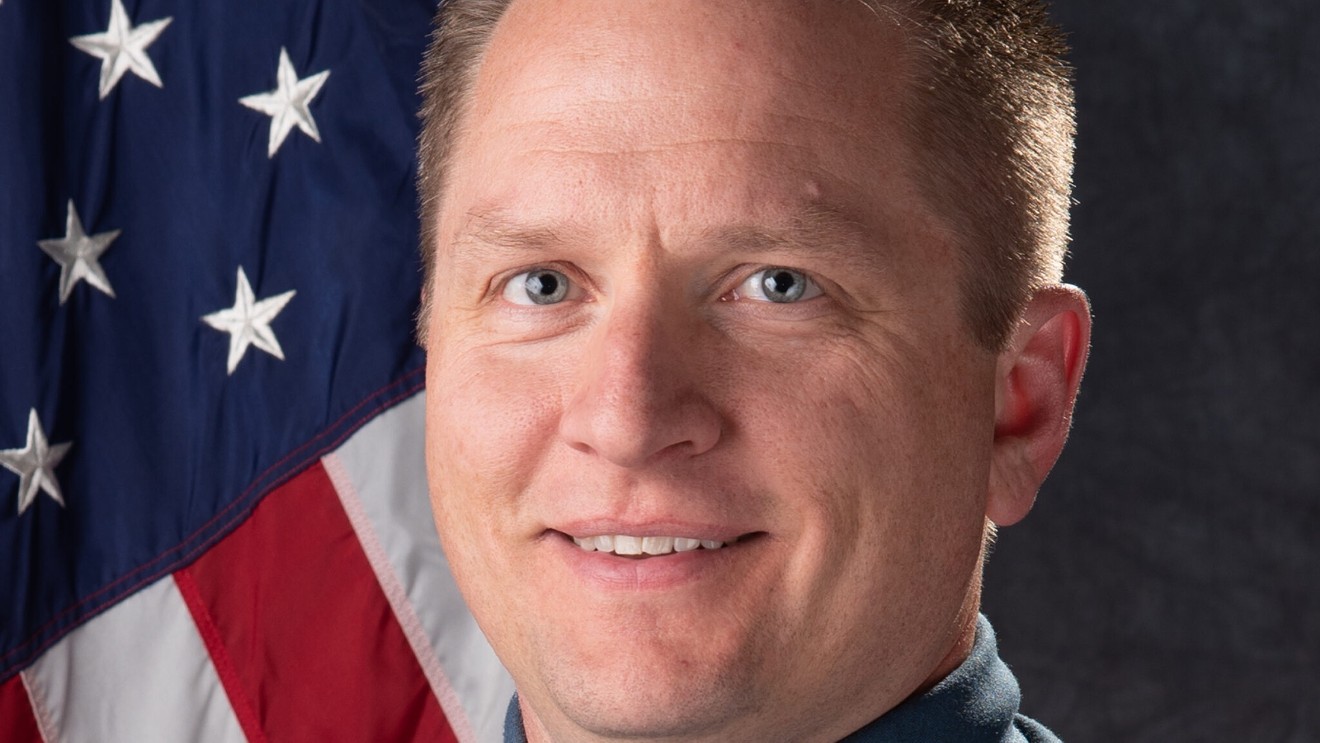 Andrew McNulty, Palmer's attorney, thinks the phrase is indicative of Wrede's mindset. "He was acting out exactly what he was saying on social media about Black Lives Matter protesters," McNulty says. "He wrote 'KILL THEM ALL' about folks peacefully demonstrating to hold police officers accountable for the violence they've perpetrated on communities of color, and then he acted on those exact thoughts in regard to my client."

The suit's defendants also include the City of Colorado Springs and fellow officer Wesley Woodworth. Asked for comment, Colorado Springs Police Department spokesperson Natashia Kerr writes: "CSPD appreciates Westword reaching out to our organization to discuss this incident, but we are unable to speak on any matter that is under litigation."

According to the lawsuit, Palmer, a Colorado College graduate, took part in a June 2, 2020, protest sparked by the murder of George Floyd at the hands of Minneapolis police. At 10:43 p.m., police ordered the crowd, which had conducted a peaceful march through downtown Colorado Springs, to disperse, and Palmer complied, walking away from the area.

Palmer was near the intersection of South Nevada Avenue and East Cimarron Street when she and a friend witnessed what her complaint describes as "a CSPD officer harassing a young Black man." She kept her distance from the altercation, but her friend took a step closer and was hit with a blast of pepper spray that also affected Palmer; the pair were confused and somewhat incapacitated as they moved toward their vehicle, according to the suit.

Palmer was arrested and charged with obstruction for allegedly failing to disperse, but the matter was eventually dropped. There is no body-camera footage of the incident; the lawsuit notes that "both Defendants made the affirmative decision not to activate their body-worn cameras until after using grossly excessive force against Ms. Palmer. This was not the first time that Defendant Wrede had chosen not to activate his body-worn camera so as to cover up his brutalization of protesters. The day prior, Defendant Wrede used excessive force against a Black Lives Matter protester. Defendant Wrede chose not to turn on his body-worn camera during this use of force, too."

Senate Bill 217, signed into law by Governor Jared Polis in the wake of the George Floyd protests, states that if any law enforcement officer is found to have "intentionally failed to activate a body-worn camera," the "peace officer's employer shall impose discipline up to and including termination to the extent permitted by applicable constitutional and statutory personnel laws and case law." But McNulty says that Wrede wasn't disciplined by the Colorado Springs Police Department for the way he treated Palmer; his only punishment was connected to the "KILL THEM ALL" post.

The complaint against Wrede isn't unique. Says McNulty: "I have about seven lawsuits relating to protests in Denver, and I'm representing a class of protesters in Aurora subjected to excessive force for attending a violin vigil related to Elijah McClain. I also represent another protester in Colorado Springs — and the common thread in all of these cases is police brutality visited upon people who would dare to speak out against police. Officers saw this as open season against protesters because they didn't like what they were saying — so they used excessive force routinely and with virtually no consequences. One person in Denver was suspended for two days, and that's it."

What does McNulty hope Palmer's lawsuit will accomplish? "I would love to think the system could be reformed, but experience tells me otherwise. So these suits are vehicles for holding these officers accountable," he says. "Hopefully, this lawsuit sends a message to Colorado Springs that Keith Wrede shouldn't be a police officer, and that they need to take a serious look at other police officers on the force. Because he's not an exception; he's the rule. He's not one bad apple. The entire barrel is spoiled."

Click to read Celia Palmer v. Keith Wrede, et al.
KEEP WESTWORD FREE... Since we started Westword, it has been defined as the free, independent voice of Denver, and we'd like to keep it that way. With local media under siege, it's more important than ever for us to rally support behind funding our local journalism. You can help by participating in our "I Support" program, allowing us to keep offering readers access to our incisive coverage of local news, food and culture with no paywalls.
Make a one-time donation today for as little as $1.