Nikola Jokic Is an All Star. Now He Can Become MVP 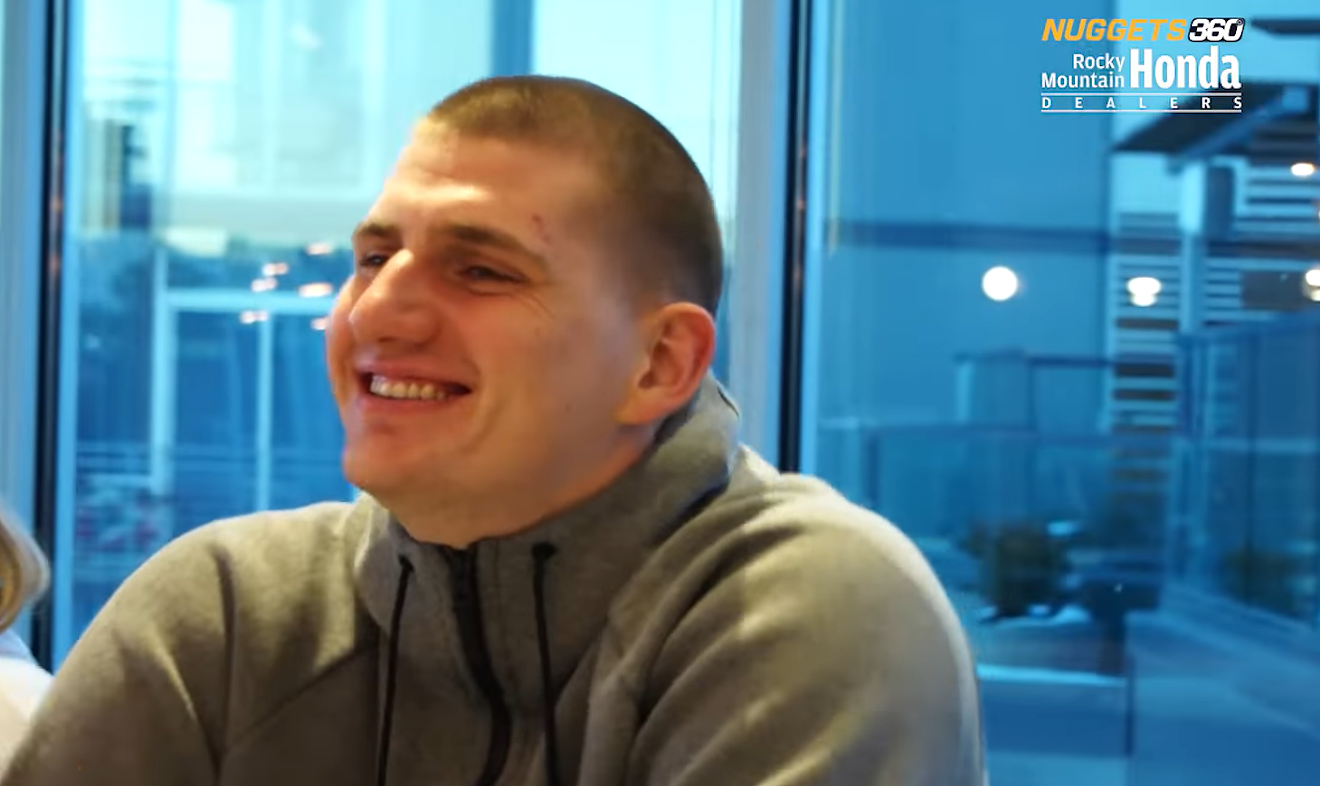 Nikola Jokic was all smiles when he found out that he was selected for the All-Star Game. YouTube
Nikola Jokic played in his first All-Star Game on Sunday, February 17. It was a lighthearted occasion: The Joker had a chance to clown around with fellow NBA talents, launching up ill-advised three-point shots and slamming ridiculous alley-oops.

Now that the All-Star break is over, it's back to work for Jokic and the Nuggets. Without a doubt, the main goal for Denver has to be landing a good seed for the playoffs. But making some noise in the Western Conference playoffs may not be the only post-season action for the Nugs. There's also a good chance that Jokic could take home the league MVP award.

Jokic has averaged 20.4 points, 10.6 rebounds and 7.7 assists per game. Averaging twenty and ten per game are great stats, but 7.7 assists from a seven-footer is unbelievable.

Even though he's often the tallest player on the court, Jokic is primarily a playmaker. As Dan Devine of The Ringer points out, Jokic has assisted on 38.4 percent of his teammates' baskets this season. The second-highest percentage in NBA history for a fellow center is 33.8 percent. In other words, Jokic is having one of the best, if not the best, playmaking seasons for a center in league history.

But Jokic has tough competition in this year's MVP race: James Harden has scored thirty points in a record-setting 31 consecutive games, and Giannis Antetokuonmpo is making his nickname, the Greek Freak, look like an understatement.

Aside from their impressive point, rebound and assist stats, Harden, Antetokuonmpo and Jokic are top four in the league for player efficiency and top three in value over a replacement player and plus/minus categories.

But if voters actually choose the most valuable player in the league and not necessarily the best, Jokic has a good shot at winning.

Take away Antetokuonmpo, and the Bucks are still decent. If Harden gets injured and has to sit out a stretch of games, the Rockets can cope. The opposite is true for Jokic and the Nuggets. He is the heart of the team, and without him, Denver would struggle to even make the playoffs. He is the most valuable player for his team, and possibly the league.

The argument for Jokic winning the MVP award will get even stronger when Harden inevitably cools off a bit. Combine that with the Nuggets earning the top seed in the Western Conference, and the argument becomes even more compelling.

However, even if Jokic doesn't win the MVP award this season, he turns just 24 tomorrow, so the future is bright. He's gotten better every season, and if that career arc continues, he could become one of the all-time greats.

Happy birthday, Nikola.
KEEP WESTWORD FREE... Since we started Westword, it has been defined as the free, independent voice of Denver, and we'd like to keep it that way. With local media under siege, it's more important than ever for us to rally support behind funding our local journalism. You can help by participating in our "I Support" program, allowing us to keep offering readers access to our incisive coverage of local news, food and culture with no paywalls.
Make a one-time donation today for as little as $1.