24/7 Mexican Drive-Thrus: The Unsung Heroes of Late-Night Dining in Denver 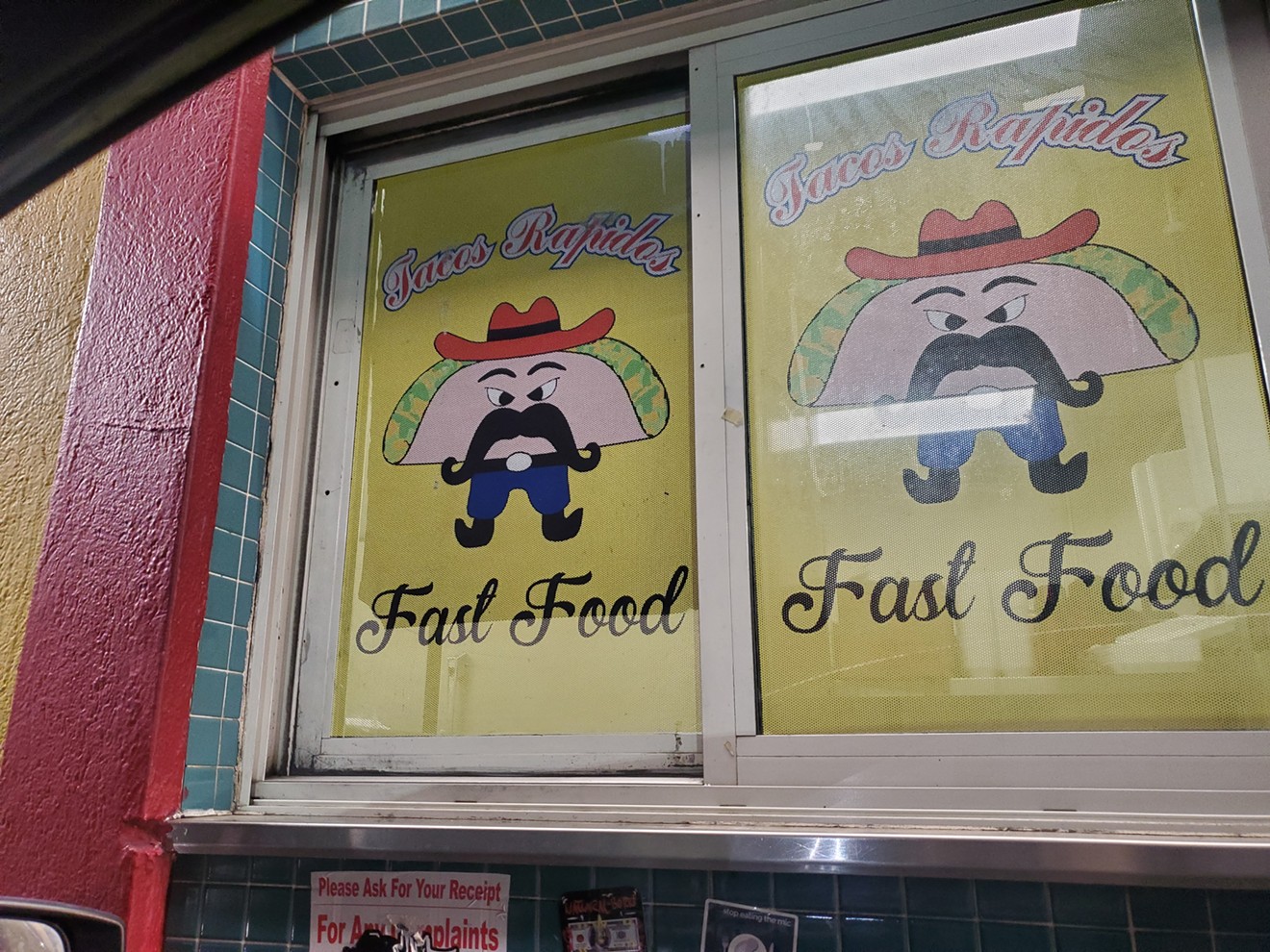 Tacos Rapidos is a 24/7 staple on Federal. Molly Martin
The recent opening of Tom's Starlight, a cocktail bar that replaced the longtime 24/7 Tom's Diner on East Colfax, has reignited a hot topic: Denver's late-night food scene is lacking. There are plenty of reasons for this, a top one being the ongoing staffing shortage that has made it tougher for kitchens to maintain longer hours even as the demand for late-night food has started to return. And all-night spots are really rare.

Pete's Kitchen on Colfax and the Denver location of Great Scotts Eatery are both open 24 hours these days, at least on weekends, but the only other options for sitting in a dining room at 3 a.m. are chains like Denny's, IHOP and Waffle House. Even the 24/7 Perkins on South Colorado Boulevard is gone.

But there's a bright light for anyone up late and hungry: Mexican fast-food drive-thrus. And no, we don't mean Taco Bell. With massive menus offering everything from tacos and tortas to burritos and enchiladas, these locally owned spots offer the ideal comfort food when the rest of the city is dark. The chile relleno burrito at Alvarado's is hefty.
Molly Martin
Alvarado's Mexican Fast Food
4901 South Broadway, Englewood
720-479-8029
Last month, Englewood got its first 24/7 Mexican drive-thru (and really, the only 24/7 option for anyone in the southern suburbs) when this spot opened inside a former Burger King. All the staples are available, along with combo plates, rolled tacos and breakfast items such as chilaquiles and huevos rancheros. Our favorite so far: the giant chile relleno burrito. Smothering is optional, but this kitchen's nearly neon green take on green chile adds just the right amount of heat. You can eat a breakfast burrito at any hour at Raliberto's.
Molly Martin
Raliberto's Mexican Food
4020 Wadsworth Boulevard, Wheat Ridge
303-467-6810
Raliberto's, a San Diego-style taco hut, has two locations, but only the Wheat Ridge outpost is open 24/7. (Arvada's hours are currently 5 a.m. to 10 p.m.) Through its drive-thru window, Raliberto's doles out some of the diviest drunk food north of the border: tacos, tortas, quesadillas, taquitos, nachos and huge mounds of carne asada fries blanketed with cheese and green chile. Salsas, red and green, give everything a jolt. Carne asada fries are big at Tacos Los Compas.
Mark Antonation
Tacos Los Compa
1385 Santa Fe Drive
720-328-0299
A former Chubby's spinoff reopened in 2017 as Tacos Los Compas, offering an assortment of burritos, tacos, enchiladas, tortas and — most important — carne asada fries, a late-night must for after-hours diners. This hefty order of loaded fries will test the limits of a plastic takeout bag, so carry that precious cargo with both hands if you must remove it from the safety of your car before consuming. Tacos Rapidos started out on West Evans Avenue.
Mark Antonation
Tacos Rapidos
Three metro locations
There are three Tacos Rapidos outposts — one on West Alameda Avenue, one about twenty minutes south facing West Evans Avenue, and a third on the very same block, facing South Federal Boulevard. While all three are technically open 24/7, the one facing Evans tends to be the most reliable when it comes to late-night hours. And while it may not always be muy rapido, since the line tends to get long, it's been a dependable staple for greasy goodness for nearly two decades. While you can't go wrong with a heaping serving of carne asada fries, it also serves up our 2021 pick for Best Breakfast Burrito. Maureen Witten
Taco Star
Three metro locations
With its bright-red branding, the Taco Star locations in Denver, Thornton and Aurora beckon you to stop for a fix of Mexican-style greasy-spoon goodness. While the tacos are solid, the actual star may be the big, filling burritos. Be sure to order extra salsa, too.
KEEP WESTWORD FREE... Since we started Westword, it has been defined as the free, independent voice of Denver, and we'd like to keep it that way. With local media under siege, it's more important than ever for us to rally support behind funding our local journalism. You can help by participating in our "I Support" program, allowing us to keep offering readers access to our incisive coverage of local news, food and culture with no paywalls.
Make a one-time donation today for as little as $1.