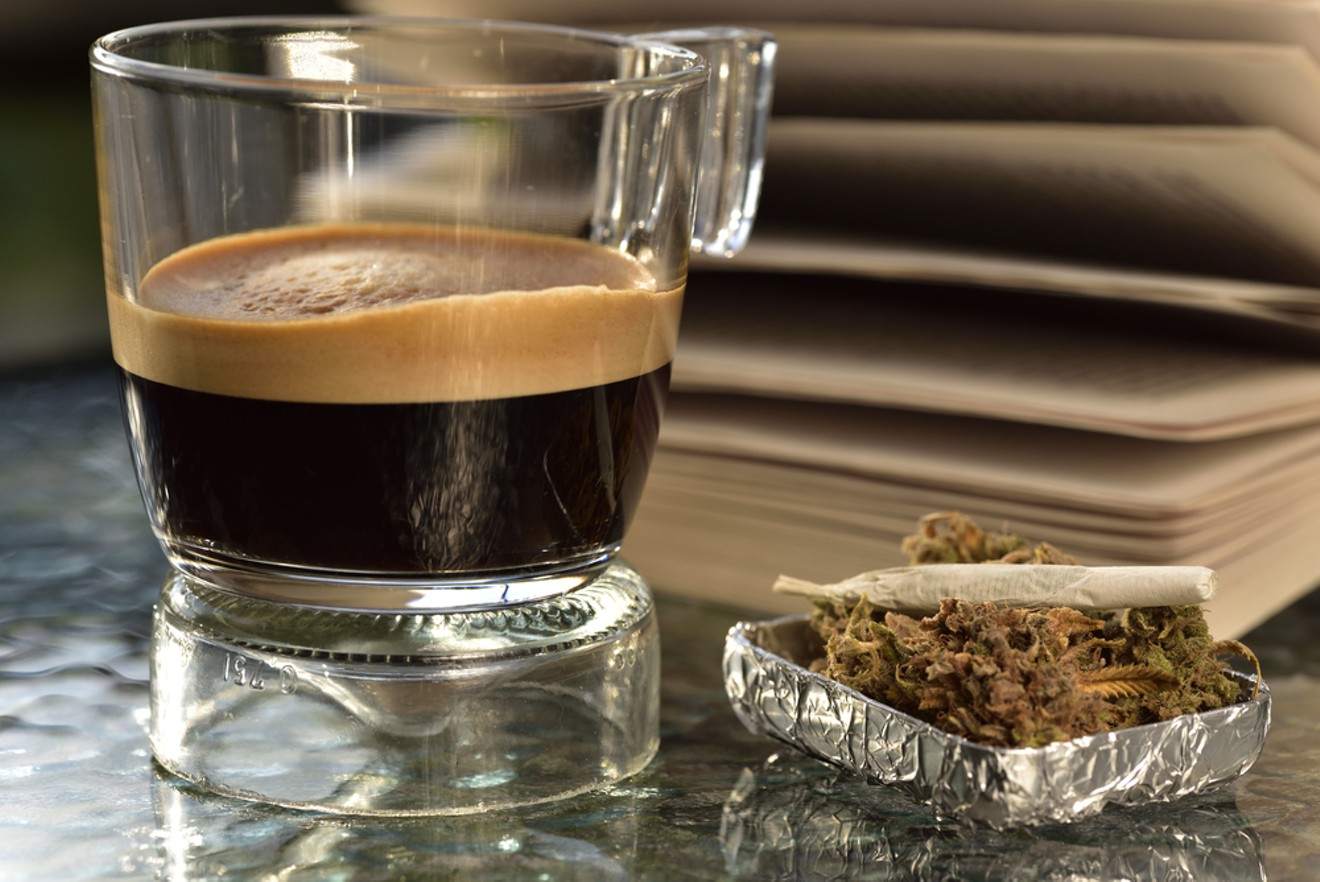 If the Coffee Joint is successful, it'll be the first of its kind in Colorado Shutterstock.com/ PopFoto
The Coffee Joint applied for Denver's first Cannabis Consumption Establishment license in December, with a goal of serving hot brews and even hotter nails and coils to people looking to vaporize their cannabis in a social setting. After a few months of getting their ducks in a row, the Coffee Joint applicants will be in front of a City of Denver hearing officer on Friday, February 9.

Headed by Rita Tsalyuk and Kirill Merkulov — who owns the 1136 Yuma dispensary with Tsalyuk's husband — the Coffee Joint is located at 1130 Yuma Court, right next to 1136 Yuma. The lounge is currently open for free cups of coffee and tours, but no pot-friendly activities are allowed.

The public hearing on the Coffee Joint's application will be held on the second floor of the Wellington E. Webb Municipal Building in the Denver Department of Excise and Licenses conference room at 1:30 p.m. on February 9. According to Excise and Licenses spokesman Dan Rowland, the hearing officer will consider the steps that the Coffee Joint has taken toward fulfilling the requirements for a Cannabis Consumption Establishment License, which include extensive location and zoning restrictions. "It's pretty standard to have to clarify some things with the applicant," Rowland says. "It's much like a needs-and-desires hearing for a liquor store."

The hearing officer will make an official recommendation to Excise and Licenses director Ashley Kilroy within "a few weeks" of the hearing, Rowland says. After that recommendation is received, there will be a ten-day period for interested parties to submit written objections, followed by a five-day period for counter-comments to those objections. After the public comment period is over, Kilroy will decide whether to move forward with a location inspection of the Coffee Joint.

On February 7, the city received a second application for a social consumption license, this one from Utopia All Natural Wellness Spa and Lounge. If approved, Utopia will be the city's first licensed pot-infused spa. Like the Coffee Joint, Utopia's owner must go through the many steps required of a social consumption-permit applicant, including a public hearing on an as-yet undetermined date.