How Of Montreal Combats Trump-Era Bigotry and Homophobia 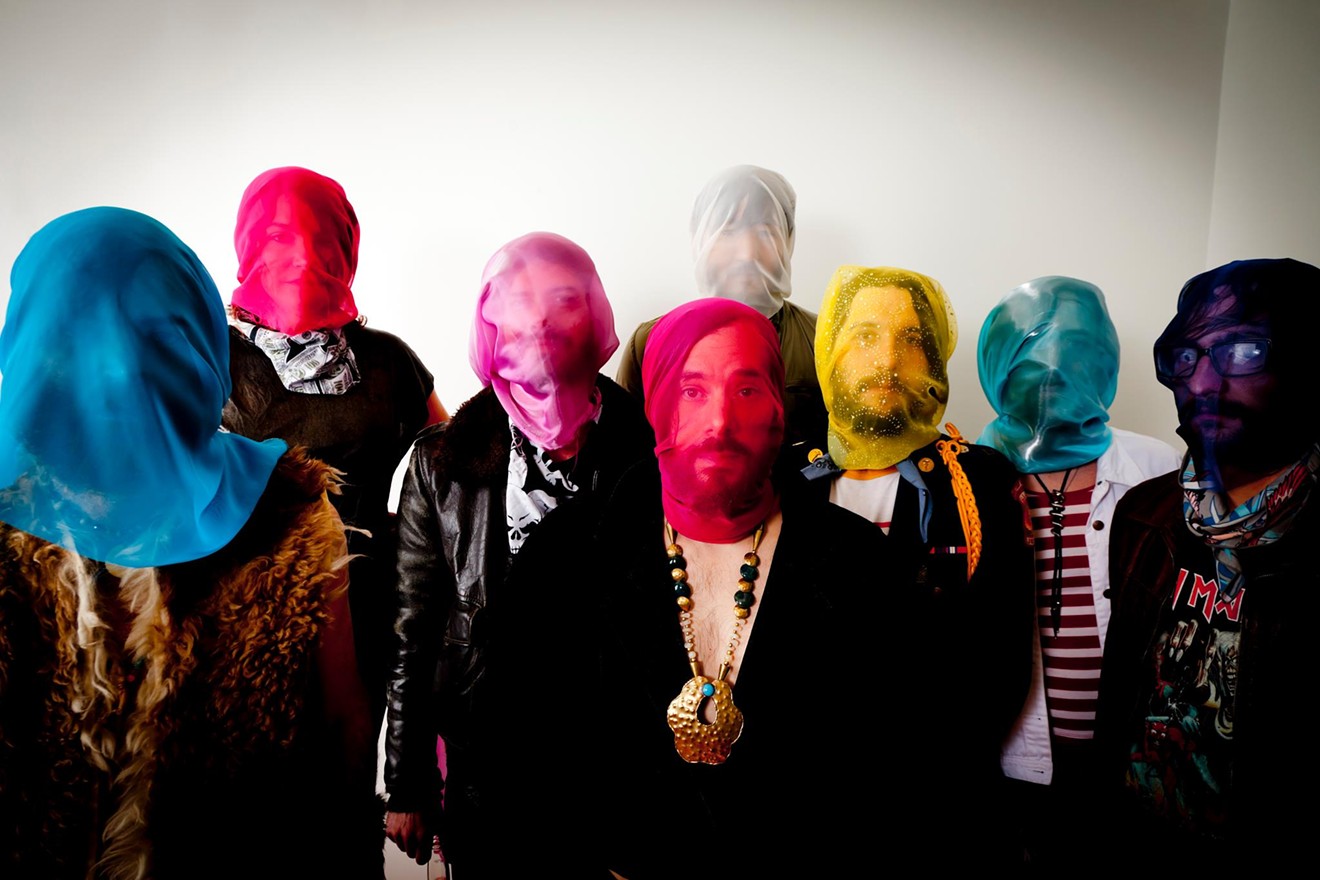 Of Montreal brings its gender-bending psych-rock to Denver, Thursday, April 20. Of Montreal's Facebook Page
Kevin Barnes, the gender-bending lead singer of the psych-rock band Of Montreal, is on a quest to turn his concerts into safe spaces from the bigotry and hatred that he says has swept the country in the Trump era. His band has been carving out a path in the modern-rock world since 1996 and is currently touring in support of its recent EP, Rune Husk.

Westword caught up with Barnes ahead of his April 20 concert at the Bluebird Theater, to discuss everything from touring and gender to hate in the Trump years.  Westword: How’s everything going with the current EP and tour? Kevin Barnes: It’s been really great. It’s been a really fun tour. How have the crowds been?

Great. It’s been just good vibes every time, every set. It’s been really fun. It still feels like the Innocence Reaches tour, because that’s the most recent record that we’ve done. We released an EP earlier this year, but we’re only playing one of those songs. I know you played around with different sounds on the EP. How do you think that turned out? Are you happy with it? Yeah, definitely. It’s just its own thing. When I make records or EPs or whatever, it’s basically just coming from the same place every time. I want to make something that’s unpredictable and interesting and thoughtful and emotional. I think we accomplished that with [Rune Husk].  Is there a new album in the works? Have you been writing anything? Yeah, we are. We started. We've got like maybe six or seven songs at this point. Do you have a timeline for release on that?

Yeah, probably early next year.
I know you’ve said before that the band is an emotional outlet for you; it gives you a chance to express your femininity. Would you say Of Montreal is an LGBT band? Definitely LGBQT-friendly. I wouldn’t want to put myself into any category, necessarily, but way, way, way LGBQT-friendly. What does it mean to you for your band to be a sort of haven for people? I think it’s great if we can be a part of something like that, be a part of that community — it’s amazing, especially in Trump’s America. There’s so much negativity and bigotry and homophobia and just all these terrible, darkest aspects of the human experience sort of brought to the surface. If we can provide any sort of pushback from that and create a friendly, positive, loving environment for people to experiment with their sexuality and with their self-identity and other things, I think it's great. I mean, that’s what it is for me, and it would be great if it’s that for other people, as well. What have you heard from fans over the years? Have you received a lot of positive feedback? Definitely. It’s always very positive. We’re so fortunate that we’ve been able to get the message out and be a sort of beacon of light in that sense. It’s one thing for other people to feel that, but it’s another thing for us to feel that. It’s very communal for all of us to get together at that level. I know we touched on the album you said you’re writing, but any other future endeavors? I’m working on a poetry book — there’s that. I would like to start collaborating more with other artists and get a little bit more into the rap game. I think that would be fun for me. There are a lot of projects on the horizon. Would this be your first book?
Yes.
Is this something you always wanted to do, or more like you had a lot of written material you wanted to publish? It’s a combination of the two. I've just been writing forever and...not really hoarding it, but just not sharing it. It kind of reached this moment earlier this year where I was feeling that it would be a fun project. I‘ve been putting it together and am almost finished at this point.  I think when you say poetry, a lot of people get put off because they think it’s going to be really academic and impenetrable. I guess that’s one aspect that some people really love, that it’s a higher form of communication. I also do more like pop poetry and something that people can identify with, describing things in a way that feels more romantic and more interesting.  Of Montreal, 8 p.m., April 20, Bluebird Theater, Thursday, $20, 303-377-1666.