Aurora Fair Brings A Wealth of Services to the Homeless 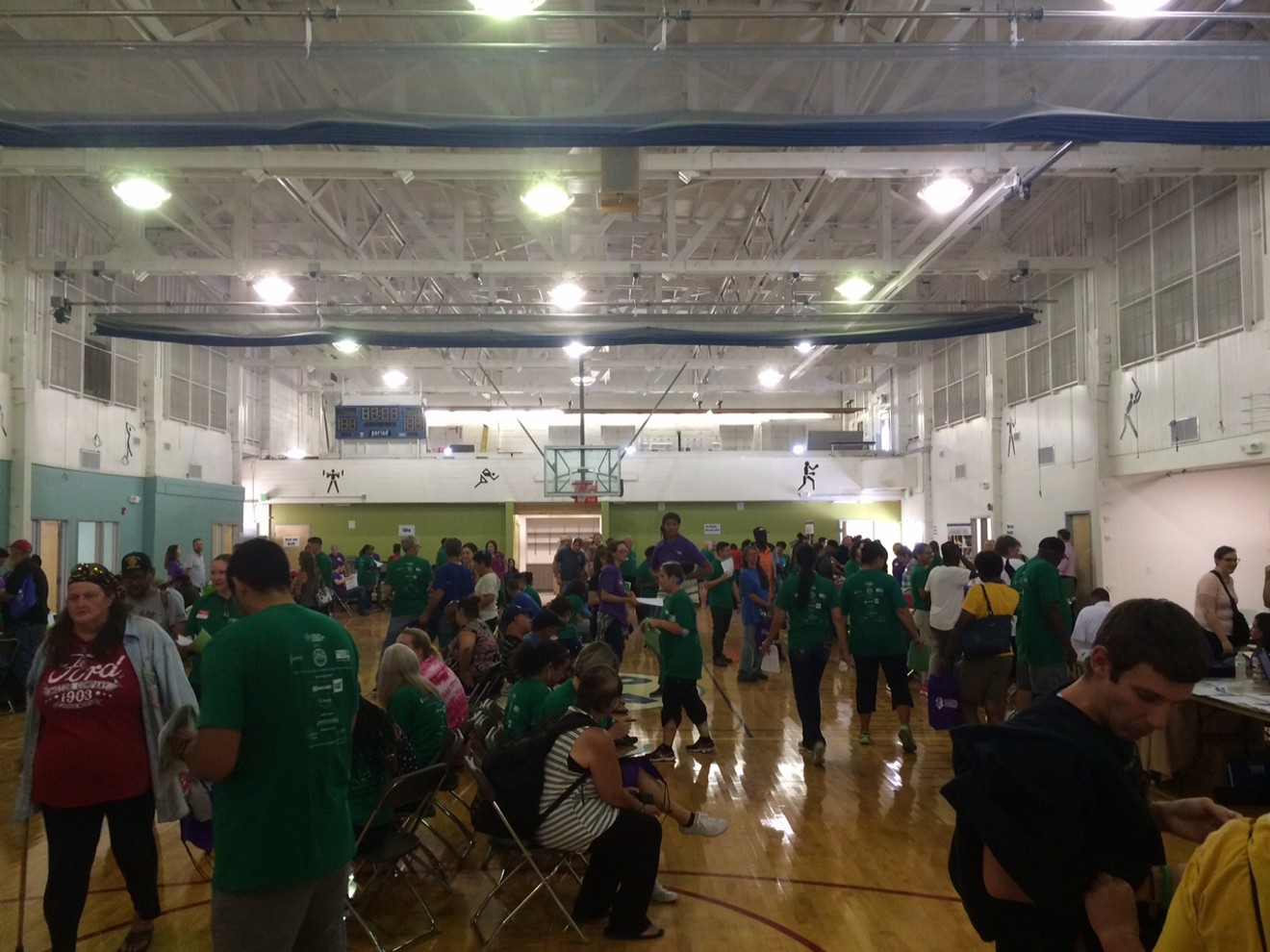 The crowded gym at the Aurora Homeless Connect one-day fair. Grant Stringer
When Daryl Shinault lived on the streets of Aurora last year, he didn’t have anyone to help him get back on his feet. Even after moving into transitional housing for the formerly homeless, he says he still needs assistance with finding an apartment that he can afford and help with writing the best resume he possibly can.

Today, June 27, Shinault and hundreds of those already experiencing or at risk of experiencing homelessness packed the Aurora Day Research Center for the inaugural Aurora Homeless Connect fair. The event provided dozens of services and resources — including medical and mental-health check-ups, clothing, food and help with finding affordable housing — free of charge.

“It is beneficial,” says Shinault, who found a list of hundreds of low-income apartments at the event. “[The fair] will give you an idea of what you can and can’t do. It gives me an ideal to look forward to.”

Scores of Aurorans spoke with volunteers about healthcare, housing and finding a job, got check-ups from an Anschutz nurse, and learned about mental-health resources. They capped it all off with haircuts and hamburgers.

The fair was the brainchild of Leadership Aurora, which engages local business leaders in social justice, as well as the City of Aurora and Mile High United Way, which provides an array of services like shelters for the homeless.
David Leski, project manager of Leadership Aurora, says that the purpose of the fair went beyond providing services for only one day. “People need to learn about these organizations,” he says. “But the people that need them, they either don’t know about [the services] at all, or they do know about them and they are leveraging them on a daily basis — and perhaps they wouldn’t make it without them.”

The fair also celebrated the opening of the Aurora Day Resource Center, which officially opens its doors next month and will provide many of the same amenities — like food, water and health check-ups — along with a place to sleep during the day, computers and showers. The Resource Center was established by the City of Aurora with $900,000 in marijuana tax revenue to give the homeless a place to be during the day.
click to enlarge 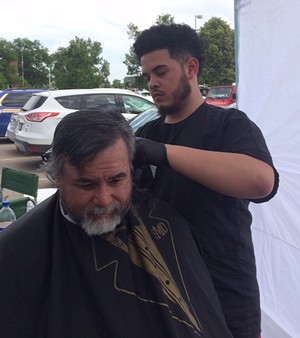 While shelters do often remain an option for the homeless, they usually require that you clear out before 7 a.m. — forcing many into public parks or on the streets, without access to food, water or a safe place to rest.

“Now you have a place to go during the day,” says Shinault, who has to reserve a bed in a shelter each night. “And you can ask a homeless person how many showers they take a day, and the answer is zero…So this is going to help a lot of people as well as me.”

Many of the organizations at the fair will also rotate through the Day Resource Center this summer, to make sure that the homeless still have access to non-essential services like help with apartments and job searching after the fair ends.

Shelley McKittrick, the Homelessness Program City Director, says that Aurora is taking pragmatic steps to address homelessness instead of resorting to harassment on the street or sweeps of homeless camps.

“We are saying, ‘No, you can stay here,'” McKittrick affirms. “And take a shower, do your laundry, get a meal and get hooked up with some services.”

The City of Aurora is also working to prevent homelessness before it begins. Earlier this month, the City covered moving costs for eleven low-income residents who were priced out of the King's Inn Motel on East Colfax, a three-story motel turned apartment complex, after the new owners virtually doubled prices just days after buying it.