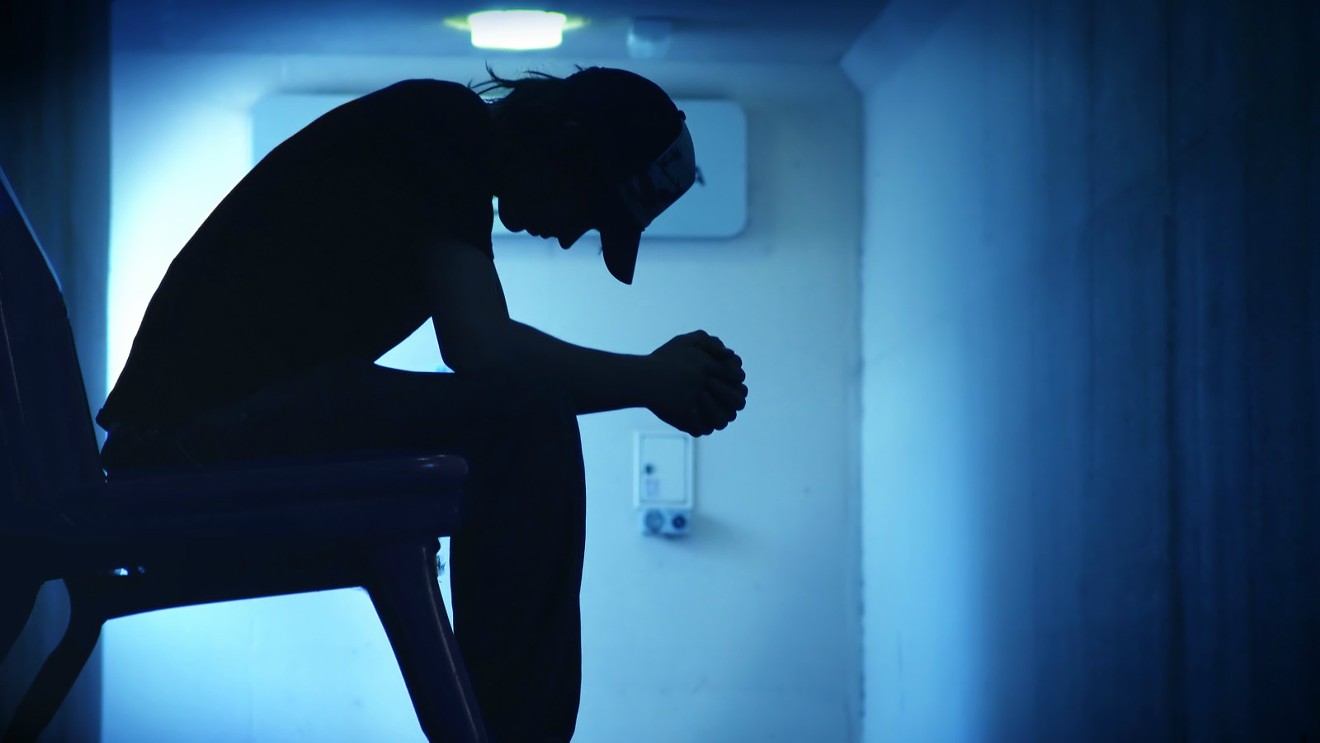 Getty Images
After Denver banned kratom for human consumption last November, advocates, including the communications director for the Libertarian Party of Colorado, spoke out on behalf of the herbal substance, calling it an effective pain reliever that can be substituted for much more dangerous opioids. But one Denver-area resident who spoke at length to Westword warns that kratom isn't always benign, especially for people like him with addictive personalities. In his words, "Kratom ruined my life."

The aforementioned local kratom user, who's in his mid-forties, is an exception to this rule. He agreed to speak about his experiences under a pseudonym. We're calling him John.

"When I was 21," John says, "I got my commercial driver's license, and I worked for about fifteen years as a truck driver — and I was a crane operator for about six of those years. But in the fifteenth year, my mom said I was drinking too heavily. She and my dad were going to force me to go to rehab if I denied it. So I went to a 28-day rehab, and the first day I got out, I drank."

Shortly thereafter, he continues, "I had to go back to work as a truck driver — but I had to do a physical and a drug test, and when I did, I got fired. Then, about a week later, I got a DUI."

John spent "the next couple of years miserable," he acknowledges. "Before that, I was a happy person. I went to family functions. I had a relationship. But I just pushed things too far. I just kept working, and I had good jobs. But my girl told me she was going to leave me because of the alcohol. I moved in with friends, but after a while, I ended up being homeless."

Things began looking up after "a cousin of mine saw me in the park," John remembers. "He called my mom, and she came to my rescue. She went to the park and said, 'This isn't our family.'"

With help from his mother, John entered into an eighteen-month program designed to get him back on track. In the beginning, "I did great," he enthuses. "I loved it."

As part of this process, John notes, "you do your classes, and you get to live in the facility, which is pretty cool. And then, in the middle of it, you get nine months to work and save as much money as you want. And that's what happened to me when I got into phase three. I got a great job and was making lots of money every week — and I was sober for, like, a year and a half."

Then kratom entered the picture. 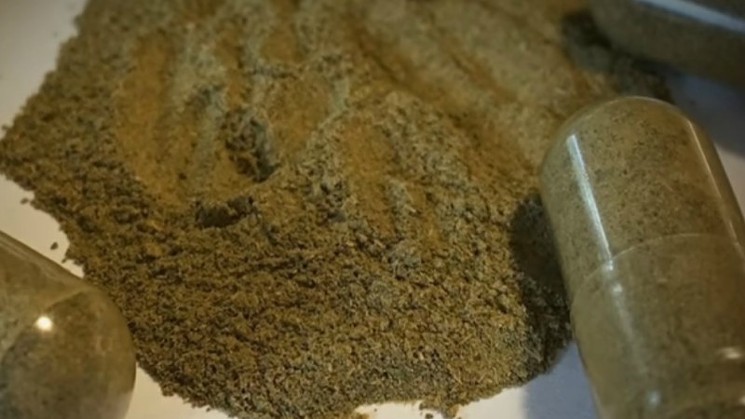 Kratom can be consumed in capsules or mixed in beverages.
YouTube file photo
"My job's very physical," John points out, "and when I was talking about it, this dude came to me and told me about kratom. He was like, 'Have you ever tried this?' I said, 'We get drug-tested every week.' And he said, 'If they do that, they won't find this.' So I tried it."

The first time John consumed kratom, it didn't make much of an impression on him. But a couple of months later, he accepted the man's offer of more, "and when I went to work, I just killed it. I was like, 'Wow, this is great,' because it made it so my bones and my body didn't feel tired, and it made me feel happy. It gave me ten times more energy — made me feel like Superman."

As a newly christened true believer, John started ordering kratom online and using it on a daily basis. But as the weeks wore on, he suffered from diminishing returns. "I had to take more and more," he recalls. "But at the same time, my tolerance level went to where it wasn't that happy high I'd been feeling. My body felt drained. I had to take it just to get moving. It wasn't the same effect at all."

Then, he continues, "I ran out, and I had a withdrawal — and I didn't know anything like that was going to happen. I rode my bike six miles to a mall and said, 'Do you have anything for my withdrawal?' And they didn't. They gave me some vitamins that didn't do anything. So I had to order more kratom."

Eventually, John was spending $110 for a kilo of kratom on a weekly basis and had to arrange for an alternate mailing address so the regular packages wouldn't alarm his overseers in the treatment program. "I'd put it in water. I had a Gatorade bottle, and I was using, like, three teaspoons at a time. I'd take it before I went to work, and then about two hours later, I'd take a break and go to the bathroom and fill it up again, and then do it two hours after that, and again in another two hours, and another, and another. And then I'd make one before I went to bed, and again when I'd wake up. It was just a constant kratom thing."

After dealing with these reactions for a few months, John decided the best way to squelch the craving for kratom was to start drinking again — the wrong choice, he now acknowledges. But while liquor lessened his desire for the substance, he still couldn't quit it entirely. Instead, he was able to cut back to a couple of times per day, as opposed to the previous pattern. But because his drinking was out of control, he realized he'd have to go back to rehab again — only this time, he'd need to get off kratom as well as booze.

Despite what happened to him, John isn't entirely anti-kratom. One of the other people in his program was a heroin addict who relapsed before overdosing and dying. "If I would have known, I would have given him some kratom — and maybe he'd still be alive," he says. "In its way, it's a miracle drug, especially when you're in pain, because it really helps."

But if, on the other hand, "your body starts depending on it, you're screwed."