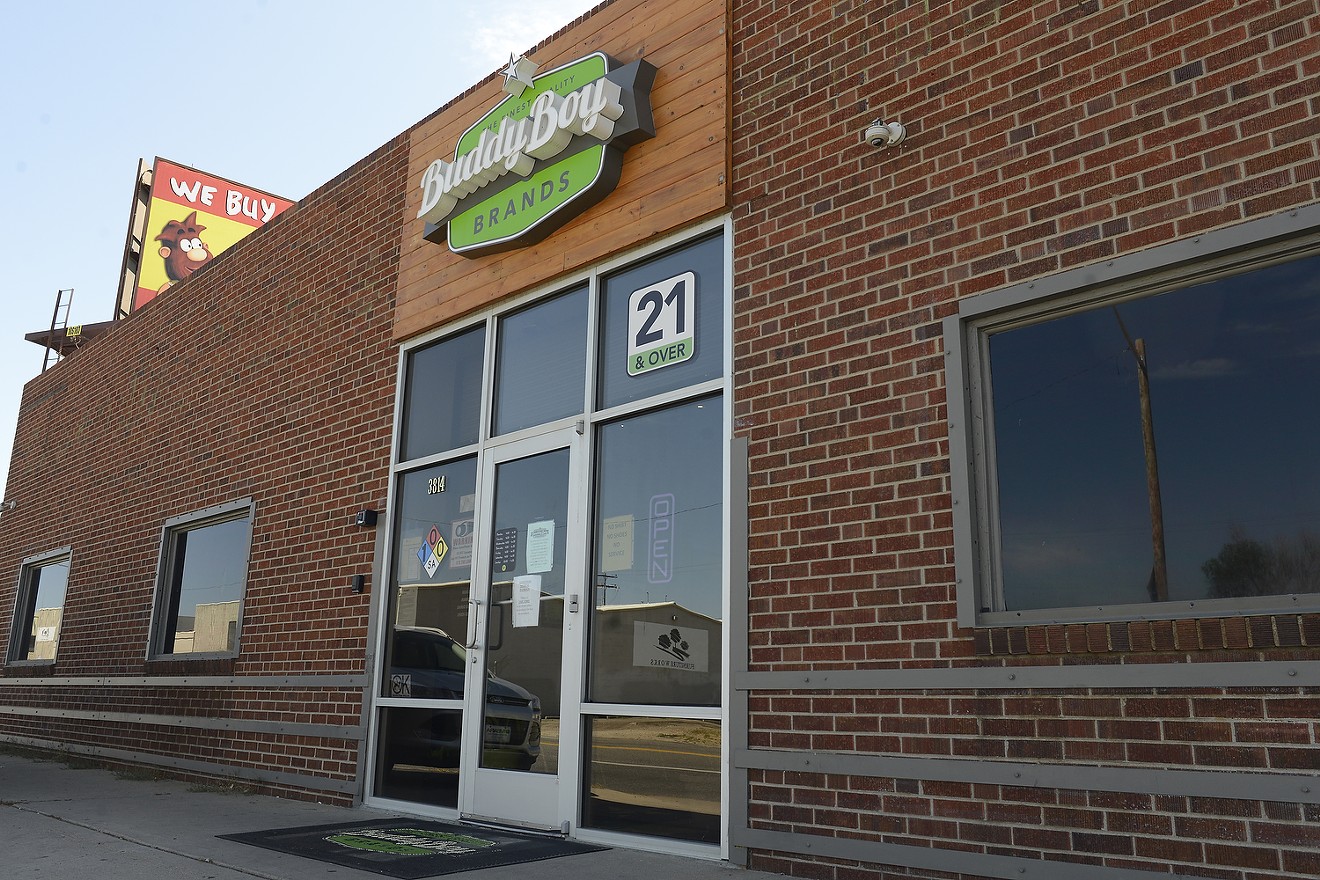 Reports of Buddy Boy's imminent end began circling on social media on June 9, as management told employees that all seven stores would close.

Owner John Fritzel confirmed the move to Westword, noting that he's already closed seven growing operations, as well. According to Fritzel, the closures were all a matter of economics, and he predicts that things are likely to get worse for Colorado's marijuana industry.

"The bigger they are, the harder they fall," he says. "When you've got that kind of overhead, you just can't keep that going. We would love to, but there's not enough capital in this market. If there was a ray of light and the numbers were improving, we would have tried."

All seven of Buddy Boy's dispensaries offered medical marijuana sales, and two of them were exclusive to medical patients. According to Fritzel, 90 percent of Buddy Boy's revenue came from medical sales, but those began nosediving this year, after a new law took effect on January 1 that limited the daily amount of purchasable medical marijuana concentrate to 8 grams, rather than the previous 40 grams.

Medical marijuana sales quickly dropped, totaling $85.7 million in the first four months of 2022, down more than 43 percent from the same span in 2021, according to the state Department of Revenue. But overall marijuana sales numbers and wholesale prices have been dropping, as well.

"With the new regulations at the first year cutting daily allowable concentrate limits by 80 percent, as well as all of the inflationary conditions and overall market retraction, it was just too much," Fritzel notes.

Colorado dispensaries broke marijuana sales records in 2021, bringing in over $2.2 billion. Sales volume and wholesale marijuana prices began falling last summer, however. April 2022 was the eleventh straight month of falling dispensary sales on a year-over-year basis, while the price of wholesale marijuana flower fell over 46 percent on average from January 2021 to April of this year, according to the state Marijuana Enforcement Division.

Through the first four months of 2022, dispensaries collected just under $612 million, DOR data shows. At the same point in 2021, dispensaries had brought in over $768 million.

Former Buddy Boy locations will be listed for sale, Fritzel says, and "the vultures are already circling." But Buddy Boy's closures are just the tip of the iceberg in an oversaturated market with growing competition from states newer to retail legalization, he adds.

"There are going to be hundreds of [marijuana businesses] gone. They're already closing. The industry as a whole, unless you're in a limited license market, is really struggling," he notes. "The novelty is wearing off."

Fritzel is also an owner of Lightshade, a chain of eleven dispensaries operating in Aurora, Denver and Federal Heights, as well as Denver medical dispensary PotCo. He doesn't plan to close those businesses, he says, but adds that he's been forced to adopt a more wholesale-friendly model as the price of retail marijuana continues to fall and inflation hits other areas.

Buddy Boy employees will not be retained or transferred to his other companies, which are "completely different businesses," Fritzel says. "That's the most unfortunate part about it. We had an incredible team there of over 100 employees at Buddy Boy. That is the toughest part."

Dispensary takeovers have occurred at a high rate over the last two years, but permanent closures were rare in Denver until recently. Mile High Green Cross, a Capitol Hill dispensary under the Pure Greens ownership group, was closed in May to make room for another Pure Greens-owned store, La Conte's, in the same neighborhood. A month before that, Colorado dispensary chain Bonfire Cannabis closed its medical marijuana dispensary in Denver after the company couldn't secure a recreational sales license.
KEEP WESTWORD FREE... Since we started Westword, it has been defined as the free, independent voice of Denver, and we'd like to keep it that way. With local media under siege, it's more important than ever for us to rally support behind funding our local journalism. You can help by participating in our "I Support" program, allowing us to keep offering readers access to our incisive coverage of local news, food and culture with no paywalls.
Make a one-time donation today for as little as $1.