Depeche Mode Tribute Band Has Stamp of Approval From the Original 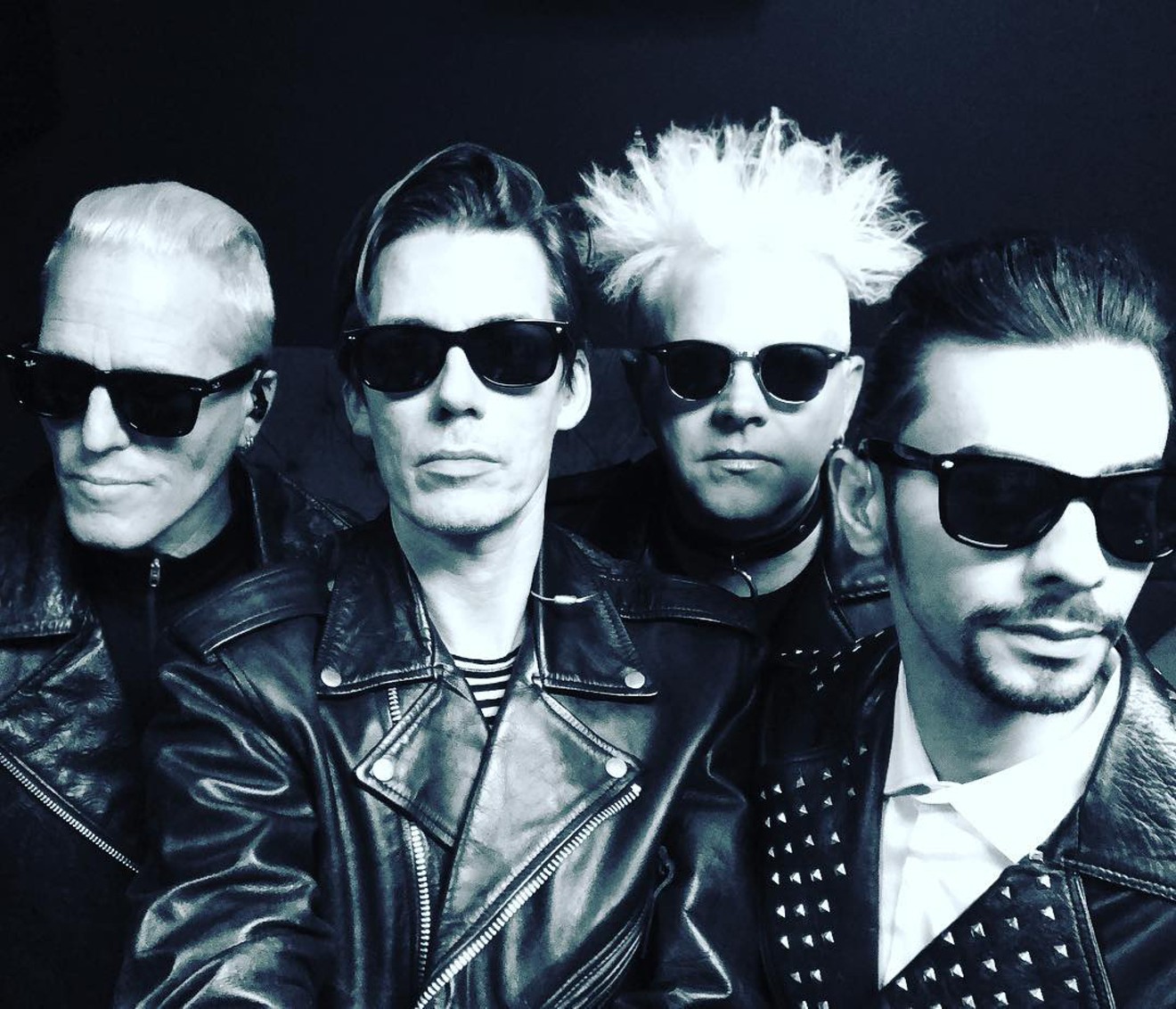 “It was a weird matchup,” says Shah-Tayler, who performs keys as “Oscar Wilder,” a tribute to Depeche Mode's Alan Wilder.

“We’d rather have had a Cure or Duran Duran [tribute band] or something like that,” Shah-Tayler says. “That would have been a fair match-up. ... I’m English, so I don’t really have any background on Poison, but I don’t feel they had such a huge career of hits as Depeche Mode.”

Strangelove, which performs at The Venue on Saturday, September 17, won the contest. In the end, the Dolly Parton tribute took the grand prize.

“There was no way they were going to choose these weird, black-wearing English dudes over Dolly Parton, who is a national treasure,” he admits. “No hard feelings at all.”

Since the show, the band has seen its profile rise and bookings increase. Strangelove recently spent forty hours traveling to and from the Dominican Republic for one show, which Shah-Tayler admits might have been a bit much for him. Nonetheless, he enjoys bringing that music to people everywhere.

Shah-Tayler shares the stage with Leo “Ultra Dave” Luganskiy as Dave Gahan, Brent “Counterfeit Martin” Meyer as Martin Gore, James “InTheFletch” Evans as Andy Fletcher and drummer Chris “Christian O-Gner” Olivas as Christian Eigner, who joins the original band on larger shows. It should be noted that Strangelove isn’t a cover band, which just plays other bands' songs. Strangelove is a tribute band, meaning it dresses the part and includes choreography and fancy lights — everything you might expect to see at an actual Depeche Mode show.

“A good cover band plays songs in the way they would normally play,” Shah-Tayler explains. “A good tribute band will emulate the band they are tributing.”

In spite of not taking home the gold on the Clash of the Cover Bands show, the band has gotten approval where it counts. Shah-Tayler says that Strangelove has received positive feedback from the real Depeche Mode. Alan Wilder, who left the band in 1995, has even shared his original keyboard samples with Shah-Tayler, which he uses on stage. Likewise, Gahan and Gore have complimented what the band does on numerous occasions.

“Martin might give us a slight, wry side-eye once in a while, psychologically,” says Shah-Tayler. “But we're pleased that he’s not just utterly rejecting the concept. It must be flattering in some ways to have a band that dedicates its entire existence to you.”

Strangelove plays songs from Depeche Mode’s entire career — everything from Speak & Spell to Spirit — but tailors the set list to specific shows. People in Russia might like different songs than people in the United States, Shah-Tayler explains, while other songs will likely never be played by the original real Depeche Mode again. Whatever they are playing, the members of Strangelove take great pains to make it as close to the original as possible.

“If you close your eyes at one of our shows — and this is said to us so often I have to believe it’s true — you could easily believe you are at an actual Depeche Mode show, especially [from] the late ’80s, early ’90s,” he says. “That’s the era we focus on, because that’s the one where everyone was excited about ‘Personal Jesus.’”

Shah-Tayler also writes and records original music under his own name and previously as the Singularity. He’s also performed in a tribute to the Cure and currently as David Bowie in Electric Duke and the Band That Fell to Earth, often playing a Bowie tribute and then performing with Strangelove at the same show. Those two acts make a good combination, as a fan of Depeche Mode is likely also a fan of David Bowie.

Fans of the original bands are a big part of what draws Shah-Tayler to this line of work. Depeche Mode might not be as big as bands such as U2 or Coldplay, but its fan base is dedicated.

“They wear black clothing,” Shah-Tayler begins. “They are interested in various things. They are David Lynch fans, also. They are into the darker sides of things. A lot of goths are into Depeche Mode, a lot of romantic-minded people who are into literature. It’s not like a Ted Nugent crowd.”

Shah-Tayler, who finds enormous influence from Depeche Mode and Bowie in his own music, has struck a connection with fellow fans he meets at his shows, as do his bandmates. They know that if they talk to someone in the audience, they will have something in common.

“You get a room full of Depeche Mode and Bowie fans; that's our family,” he says. “Those are the people we love and can connect with very easily.”

Strangelove: The Depeche Mode Experience, with Electric Duke (David Bowie), 7 p.m. Saturday, September 17, The Venue, 1451 Cortez Street. Tickets start at $20.
KEEP WESTWORD FREE... Since we started Westword, it has been defined as the free, independent voice of Denver, and we'd like to keep it that way. With local media under siege, it's more important than ever for us to rally support behind funding our local journalism. You can help by participating in our "I Support" program, allowing us to keep offering readers access to our incisive coverage of local news, food and culture with no paywalls.
Make a one-time donation today for as little as $1.