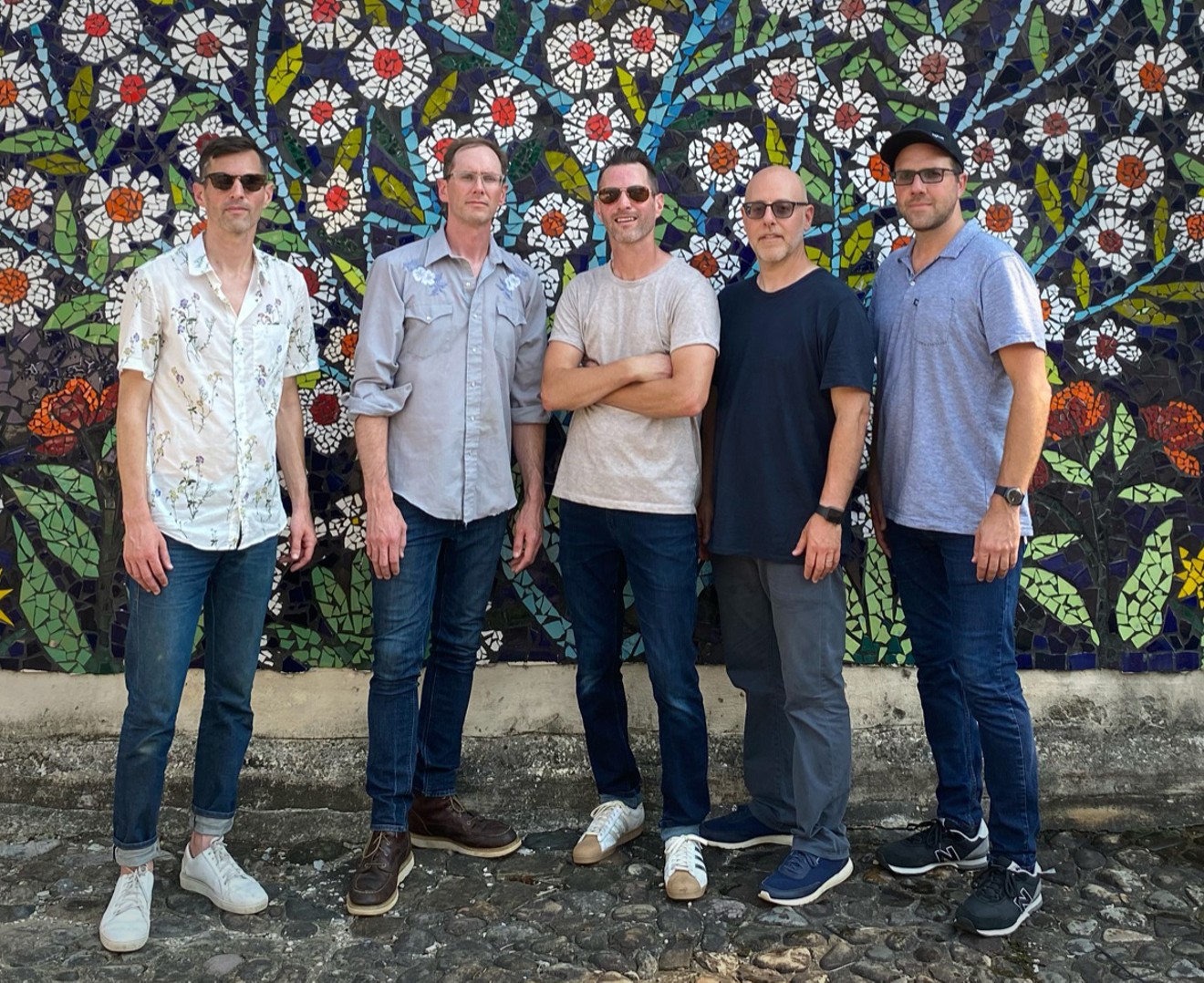 Lotus will play its fourteenth show at Red Rocks this weekend. Ben Wong
When Lotus returns for its fourteenth show at Red Rocks Amphitheatre on Saturday, April 23, it could almost be a homecoming. Not only did founding members (and twins) Luke and Jesse Miller grow up in Lakewood, but the scene here has welcomed the jamtronic band with open arms since it debuted in 1999.

What makes Lotus so perfect for this state is its blended sound. "Colorado is kind of known for that intersection where electronic music and jam meet," explains Luke Miller, who moved back to Denver in 2011. "The jam-band scene has always been really prevalent, but in the past five or six years, I really appreciated how the house-music scene has been growing, and there's a steady stream of house producers coming through."

Lotus is known for its technical layering of funk, jam, rock and jazz with more modern electronic music such as house, which makes for a transcendental show that oscillates between chilled-out jams and upbeat dance tunes. And the lighting Lotus brings to the stage is a highlight in its own right.

According to the Millers, the shows are 60 percent improvisational, 40 percent planned. "But there are different levels of improvisation," Luke explains. "There might be points in a composed piece where one instrument can improvise and there are other parts that are more open-ended, so we know we're going to go in one general direction. It's nice to have those points throughout a show so we can get into fully composed, really tight things, and then we can go on these journeys where we don't know exactly where it's going to go, and the crowd's right there with us at every second to see where it ends up."

Lotus's electro-jam sound has evolved through the years. "We have this snowball thing going where we just pick up and integrate different styles and bring that into the Lotus sound, so I think we've expanded somewhat what the Lotus sound is," Luke says.

"What I've found through these twenty-some years is, groove is really at the center of the Lotus sound," Jesse adds. "Whether we're playing something that's dance-oriented or funk-oriented, we always want to have this solid damn groove, so that's what's at the core of it. Whether we're drawing on house music or psych rock, we really want to have this trance-y groove thing that when you hear it, it really makes you want to move."

Lotus's members also draw inspiration from bands such as Talking Heads, Tortoise and Underworld. "We're all pretty big fans of electronic music, too," Luke adds. "We even look to producers like Floating Points and Four Tet and taking these ideas of something that might be created not for a band, and how can we translate those ideas onto live instruments and really make something new with it. That's a theme that's followed us all these years."

One of his most memorable Red Rocks shows was in 2014, Luke recalls, when Lotus played versions of Talking Heads songs.

Jesse can't forget 2016, when Lotus played Red Rocks after releasing its Eat the Light album and brought its collaborators on stage. "Red Rocks is such a special place," he says. "You remember the shows that were freezing cold, and you also remember the shows that were perfect weather. It's hard to pick favorites, because everyone in Colorado knows it's one of the most amazing venues."

Luke remembers that during one Red Rocks soundcheck, "it was a full-on snowstorm. That was a memorable one."

Last year, the band played more Red Rocks shows than it ever had in a single year of performances at the legendary venue. "We got a few extra in last year because of the limited capacity; we did four shows, so we upped the count a little bit," Jesse says.

The musicians, who formed the band in Indiana, are spread out now. While Luke and percussionist Chuck Morris are in Denver, Jesse and drummer Mike Greenfield live in Philadelphia, and guitarist Tim Palmieri is based in New Haven, Connecticut. But they were able to get together before the pandemic to record their latest albums.

"Free Swim and Citrus were both recorded during one session in February 2020, right before the lockdown started," Jesse says. "We had rehearsed it and went in with the idea of tracking everything live, so we had the whole band set up in the studio and were doing live takes with very minimal overdub. The idea was really just to get this pretty organic sound of the band. We've done records where we've done the more meticulous route of recording one piece at a time and building things up that way, but this was a nice way of getting that band sound. So it already sounds like how the band would play those tracks live, I think."

Lotus's next album is finished, and the single "Pluck" will be released a day before the Red Rocks show. "Luke and I did a lot of the writing right at the first spring of lockdown, so it's a project that's been going on for a while, and I can't wait to share it with everybody," Jesse says.

Even though two members of the band now live here, they won't be crushing beers with friends before the show. The Lotus musicians like to be calm, relaxed and prepared before hitting the stage. "It's good not to overwhelm yourself before the show," Luke says. "We have long sets, so it's a lot to remember and a lot to concentrate on."

Lotus plays Red Rocks Amphitheatre, 18300 West Alameda Parkway in Morrison, at 6 p.m. Saturday, April 23. Tickets start at $39.75.
KEEP WESTWORD FREE... Since we started Westword, it has been defined as the free, independent voice of Denver, and we'd like to keep it that way. With local media under siege, it's more important than ever for us to rally support behind funding our local journalism. You can help by participating in our "I Support" program, allowing us to keep offering readers access to our incisive coverage of local news, food and culture with no paywalls.
Make a one-time donation today for as little as $1.
Emily Ferguson is Westword's Culture Editor, covering Denver's flourishing arts and music scene. Before landing this position, she worked as an editor at local and national political publications and held some odd jobs suited to her odd personality, including selling grilled cheese sandwiches at music festivals and performing with fire. Emily also writes on the arts for the Wall Street Journal and is an oil painter in her free time.
Contact: Emily Ferguson