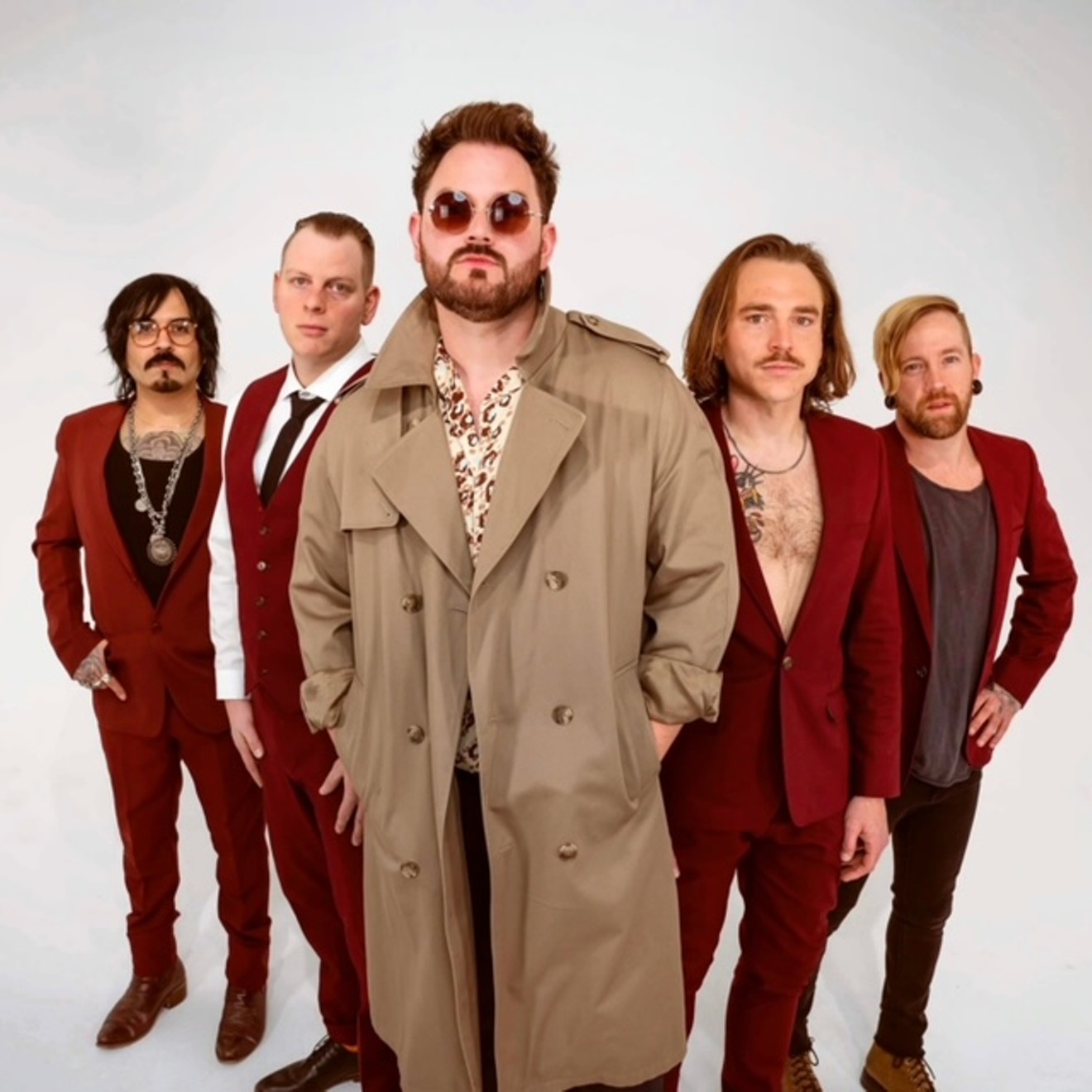 Elektric Animals Brad Stapleton
When Denver’s Elektric Animals started what would become the band’s debut EP, Channels, its members wanted to include tangible art that was fun to look at. It didn’t take them long to settle on tarot cards.

“They're interesting,” keyboardist Will Hubert says. “It’s all up to interpretation. There’s a little bit of mystery and fun and different styles of tarot cards.”

Hubert notes that bass player Jerrid Vans does all of the Elektric Animals artwork, and says he jumped at the chance to create tarot cards. Vans came up with a couple of ideas, and the musicians immediately knew they were on to something.

“This has been a really fun additive to what we're already doing,” Hubert says. “We had the cards printed out, and we’ll hand them out at the show. It’ll be fun, and everyone will get something to go home with and remember us by.”

Vans worked up tarot cards that tie into the individual song titles and their stories on Channels, but he enjoyed himself so much that he's developing his own full tarot deck with traditional names on the cards. The band is considering making decks as merch to sell down the road.

“That might be something for the band,” Hubert says. “It might just be an art project for him.”

While Hubert says he isn’t a very spiritual person, he likes believing there are things that can’t be explained and that we are all connected. He finds tarot readings and the like to be fascinating.

“Some people can be very sensitive to everyone around them,” he says. “They can do readings for people and be like mediums, whether they are reading palms or reading tarot or astrology or anything like that, interpreting people and where they come from and how we are all connected.”

He adds that he has friends who read tarot cards, and the band has hired them to do readings at the show.  “Anyone who comes to the show can get a tarot card reading,” he says. “I think that will be fun, and people will enjoy it.”

The three songs on Channels — “Come Clean,” “Head in the Ground” and “Falling” — concern frontman Nick Sanders and how he relates to people in past relationships, Hubert says.

“He’s actually gotten to a point where he has given up trying to have control of things that are uncontrollable,” he explains. “He’s looking at himself clearly and objectively. ‘Come Clean’ is about being honest with yourself.”

“Head in the Ground,” he adds, is about dealing with what a person has just realized about himself, and “Falling” is more directly about romantic relationships and pursuing them once you've worked on your own issues.

The band, which came together in 2018, recorded the songs at Everhart Studios, the basement recording space created by Elektric Animals drummer Eric Everhart. It’s important to the bandmembers that they make high-quality recorded versions of their songs; they also worked with producer Matthew Keller, who has produced for rock band The Maine in recent years.

“We're really lucky,” Hubert says. “Eric has a studio that has comparable gear to the best studios in the state. It’s not in a fancy building, but as far as the bones of the studio go, we can track anything at a very, very top-quality sound right here in Denver.”

Sonically, Hubert says the band draws heavily from the blues and classic-rock influences of guitarist Oscar Jara, but a hook might start on the guitar, then become a key line. He and Everhart are more into “crazy indie stuff,” which can also affect the band’s sound.

“That’s where ‘Head in the Ground’ has an MGMT keyline over a Black Keys guitar part,” he says. “That’s where our contrast comes from.”

Elektric Animals plays Lost Lake Lounge, 3602 East Colfax Avenue, at 8 p.m. Friday, May 13. Tickets are $17. Channels will be available on all streaming platforms the same day. For more information, check out the Elektric Animals Instagram page.