Singer-Songwriter Jenny LaJoye Is Making Room for People to Listen 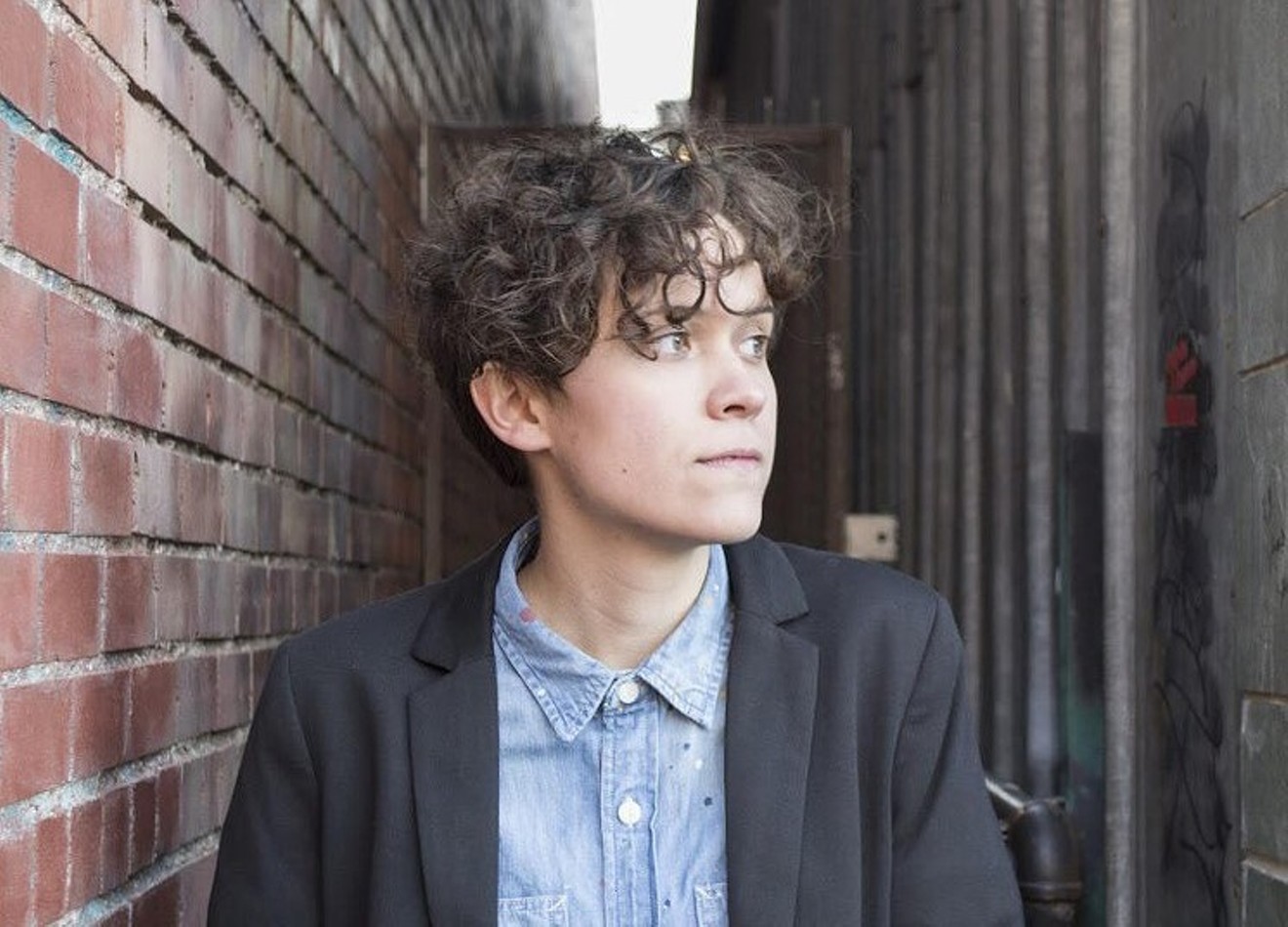 Jenny LaJoye Maeve Leslie
Jenny LaJoye couldn't find a way to shake off her experience growing up in a family of musicians. The singer-songwriter is currently part of Denver's folk scene, and she'll be headlining the Stain'd Open Mic at Whittier Cafe on December 21.

This past year, LaJoye released her sophomore album, Alters, and most recently dropped a new single, "Take the Blood," in November.

"I dropped the glass of whiskey, then the glass shattered, and there was whiskey all over the floor," LaJoye says of the song's origins. "I was devastated that I had broken this glass, but the sunlight came to the window, and I saw the beauty in the shattered glass pieces, and I knew that I couldn't fix it.

"I had recently had an argument with my wife, and I remember being reminded of that argument at that moment, thinking, 'I can't fix what I did,'" she explains. "'I can't take it back. And I think I broke something. But you're still so beautiful.'"

When she performs the song now, she says the lyrics expand to be about her audience rather than just a moment in time with her wife.

"Alters, for me as a songwriter, I was trying to make much more sweeping claims about humanity and systems in the world and talk about a lot of transformational experiences that I had in the past two or three years of coming out and my relationship with religion," LaJoye says. "We all went through the 2016 election."

"Studying [theology] has helped me really integrate all of my worlds...to think with different imagery and a different symbol set," she says. "A lot of the songs on Alters deal with me talking directly to the church or directly to this , white, straight, hierarchical deity and just giving them a piece of my mind, which is cathartic."

Her goal is to rearrange the syntax of religion to make something that is more "life-giving" rather than "life-limiting."

LaJoye admits she can feel embarrassed when she tells others she studies theology, because she knows what people are going to think — that religion can seem at odds with her identity.

"We were made good, we are good, and the systems of the world are being really oppressive to us," she says. "There has to be another way — the way of peace can’t be left or right.

"It’s interesting in the arts communities right now; since 2016, I feel they have gotten really collaborative," she adds. "It's hard to feel like you [have a voice]. I think that's why arts communities tend to spring up out of oppressed communities."

She's launched a venue in Lakewood called The Chimney Place at Lakewood United Methodist Church that invites artists in to perform. Unlike at a noisy bar or club, the audience is expected to participate and listen deeply.

"I think [there'll be] more venues where the artists feel valued, and I think those venues are going to be started by songwriters themselves," she says. Certain venues here can make you "feel like a commodity," and she notes that BarFly at the Alamo Drafthouse Sloan's Lake is one venue that's making strides for the artists it brings in — and it's one of the few accessible stages in Denver.

"Musicians are sticking up for musicians," she says. "There are enough places to play that are going to pay you okay, be a big name for you. But I think the thing that keeps us doing what we're doing is making us feel like we have a voice and that it matters what we're saying."

Stain'd Open Mic at Whittier, 7 p.m. Friday, December 21, Whittier Cafe, 1710 East 25th Avenue, $5 suggested donation.
KEEP WESTWORD FREE... Since we started Westword, it has been defined as the free, independent voice of Denver, and we'd like to keep it that way. With local media under siege, it's more important than ever for us to rally support behind funding our local journalism. You can help by participating in our "I Support" program, allowing us to keep offering readers access to our incisive coverage of local news, food and culture with no paywalls.
Make a one-time donation today for as little as $1.