Why Johnny Cash Fans Should Be at Globe Hall on Thursday 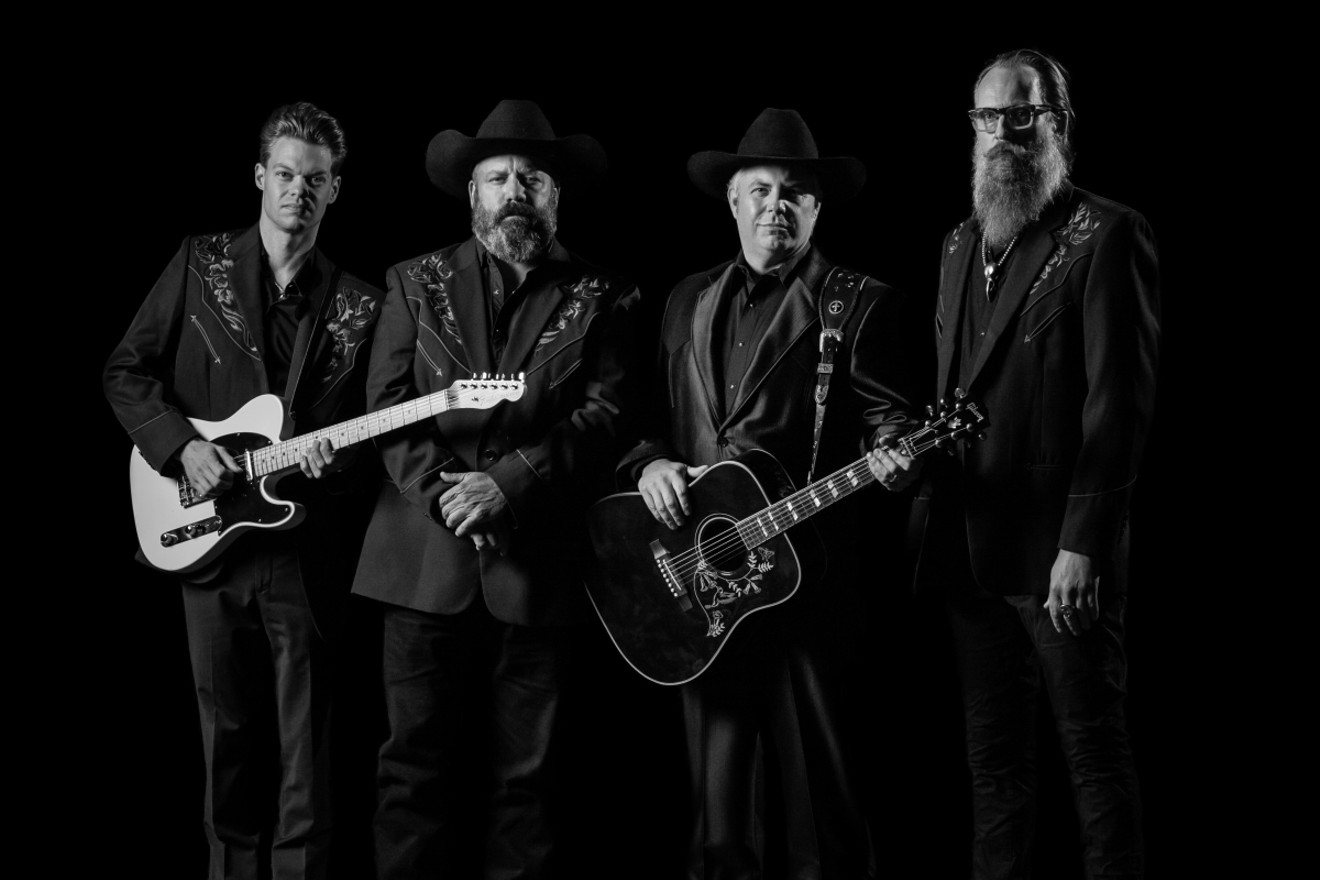 Minnesota's Church of Cash is a tribute to one of music's greatest performers, Johnny Cash. Courtesy Church of Cash
As a gigging musician, Jay Ernest had no intention of becoming a guitar-wielding Johnny Cash revivalist while living in Honolulu. A longtime touring bassist and guitarist with bands including Go Jimmy Go and Warsaw Poland Bros., Ernest made a steady living through music, including regularly playing at an Irish pub in the city’s Chinatown area. His set list included material by everyone from Men at Work to Cash, songs to “get the drinks flowing,” as he describes them. But after patrons started commenting on how much he sounded like the Man in Black, he had an idea: He would start a tribute band to honor Johnny Cash.

“I played whatever I wanted. I played Irish music, country music, Men at Work — but every time I would play Johnny Cash, people would set down their beers and stare at me. I guess I didn’t know at the time, but they either thought I stunk, or they liked it. Some people would say, ‘Hey, you do a really excellent Johnny Cash.’ I thought, ‘How cool is that? I really love Johnny Cash. I’m going to go home and learn a bunch more of his songs,’” he recalls. “I quickly realized that I already knew these songs. My father was a huge Johnny Cash fan. … I guess that was a part of my childhood that I really didn’t remember until that moment.”

In 2010, his Cash-inspired tribute band, Church of Cash, was officially formed. Ernest moved back to his home state of Minnesota shortly after, and the band has been touring ever since. “Throughout the years, it’s just been learning more and more songs. Johnny Cash has somewhere in the realm of 1,500 recorded songs. We’re up over 200 right now,” Ernest adds. He and the band were inducted into the Minnesota Music Hall of Fame in 2021.

Denver will get a taste of Church of Cash when it holds service at Globe Hall on Thursday, September 15. Kyle Moon & the Misled are providing support. But don’t get it twisted: While Ernest employs the same baritone voice as Cash, Church of Cash is not a cover band — it's an experience in everything that is Cash. The band is more about the music than mimicking the country crooner’s mannerisms, Ernest says.

“We’re going to dive deeper into Johnny Cash. … I might throw out a little-known track from 1958 that I think is a wonderful song that they might be curious about. We’re exploring Johnny Cash’s career together beyond just giving the audience what they want with the hits. Like, what was his sound like when he was young, and when did he transform? When did he become the Man in Black? When did he talk to the boys and become the Highwayman? Then what happened when he met Rick Rubin and did the American Recordings? That’s the stuff you get beyond a cover band,” he explains. “My main objective is to take people on more of a journey. … When you go to church, you’re listening to stories and singing songs. How different is that then when you come to my Johnny Cash show? We’re listening to these stories. We are celebrating his life and his music all under one roof. To me that’s a church. That’s why I call it the Church of Cash.”

Ernest and company are so embedded in the Cash ethos and aura that the band doesn’t need to put together a set list before performances. Instead, the quartet — including drummer Jonathon TeBeest, guitarist “Jumpin’” Jack Mansk and bassist Tony Wirth — picks from its ever-growing catalogue and plays to the spirit of the audience, a skill Ernest has perfected over the years.

“I keep my show loose in a way. … I do not have a set list where I come out and do the same twenty songs every night. I obviously have the big hits that everyone knows, but I could look at the audience and size them up where I think I know what they’re going to like,” he adds. “We’re just off-the-cuff kicking out songs and keeping it in the moment. I want to live in the moment of the show and feel the energy of the audience and ride that energy and give them what I think they want."

Such moments are what make Church of Cash — and the music it pays homage to — so special nearly twenty years after Cash himself perished at the age of 71.

“After shows, I like to shake hands and talk to people, and I get a lot of folks varying in ages. Let’s start with an old-timer in their 60s or 70s, and they’ll tell me a story about how they saw Johnny Cash in ’65 and this reminded him when he got to see Johnny Cash in Crested Butte or wherever,” Ernest says. “Then I’ll also talk to younger generations, and it reminds me of hanging out with family. I love making that connection with the audience of these pleasurable moments that they had with family, or the initial time when they discovered Johnny Cash and what joy that brought to them. ... I’m just carrying on the torch for Johnny Cash. He’s not here anymore, so I love knowing that I’m rekindling those memories or I might be bringing it to fresh ears.”

Church of Cash, 7 p.m. Thursday, September 15, Globe Hall, 4483 Logan Street. Tickets are $19.99.
KEEP WESTWORD FREE... Since we started Westword, it has been defined as the free, independent voice of Denver, and we'd like to keep it that way. With local media under siege, it's more important than ever for us to rally support behind funding our local journalism. You can help by participating in our "I Support" program, allowing us to keep offering readers access to our incisive coverage of local news, food and culture with no paywalls.
Make a one-time donation today for as little as $1.