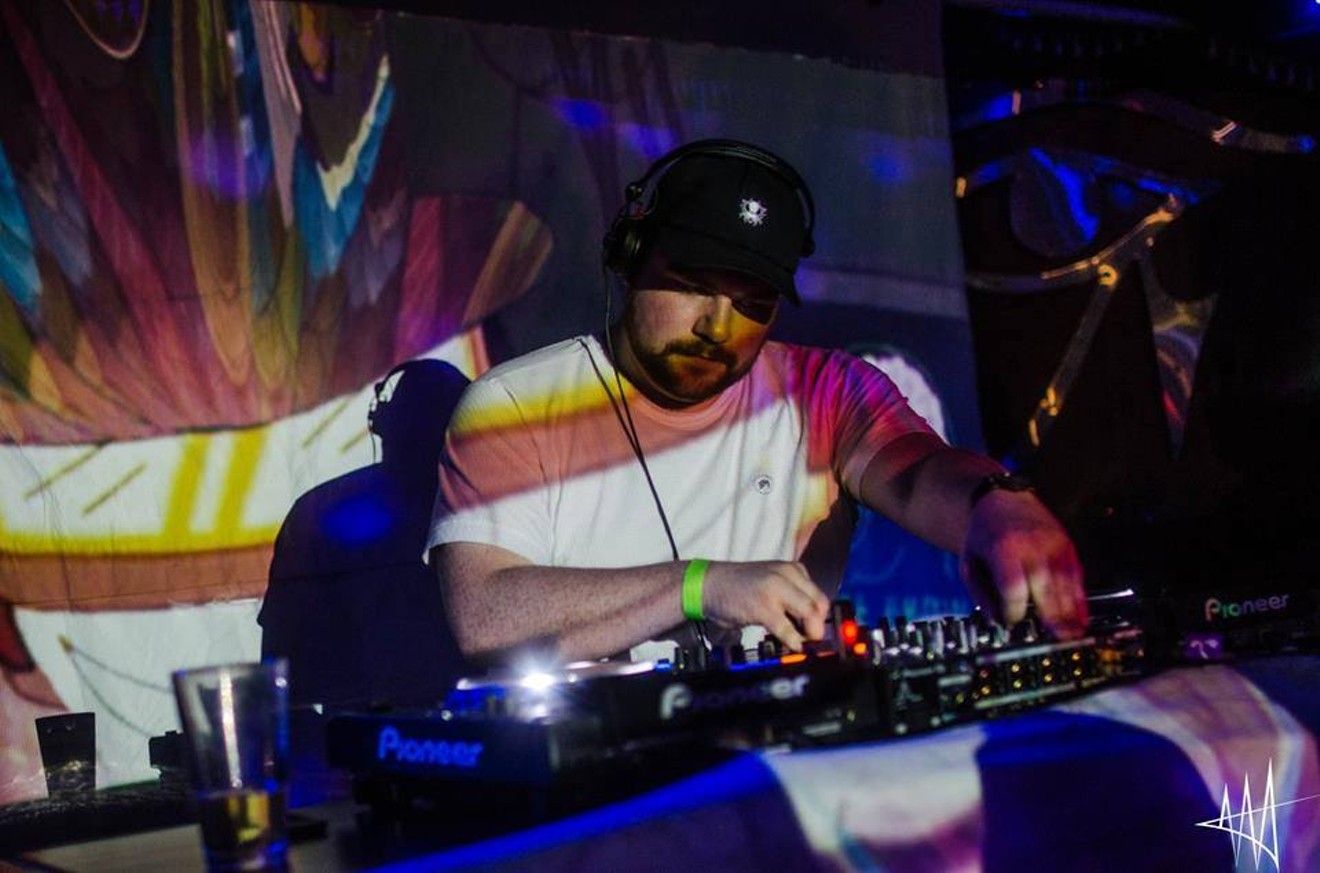 Sectra Photo courtesy AAA Photography
Jon Linskey, who performs as Sectra, hails from Chicago but moved to the Mile High City to boost his chances of playing shows, to network and to see dubstep artists that inspire him.

"Moving here was a good move for my career, specifically because where I've been living for the past six years, there isn't a scene there – or at least there wasn't up until around a year ago," he says. "Plus, literally 80 percent of the label I'm signed to, Encrypted Audio, live here, so it's nice to be closer to them and all the friends I have out here."

Many of Linskey's Encrypted Audio labelmates, including Whatley, Trisicloplox, Ether and Dalek One, either relocated to Denver for better musical opportunities, or are Colorado natives. He says booking agencies like Sub.mission and venues like the Black Box make Denver an ideal incubator for underground dubstep.

"I've seen in the past month that I've lived here, just at the Black Box, artists that I never thought I would see in my life, just because of where I'm living," Linskey says. Now he's aiming to collaborate with as many colleagues as possible, produce a large body of music, play shows and record.

Sectra
Photo courtesy Eyediola Photography
He's recording a four-track EP of noise and experimental music with Fringeworthy, the underground record label and DJ night, releasing a record with Encrypted, and working with the label on another album, this one with Trisicloplox, that will be out later this year.

"I plan to try and collaborate more with the friends I have out here, and definitely try and output more music than I was when I was living in Chicago," Linskey says. "Other than that, I just want to try and keep doing what I'm doing and constantly strive to be better."