Lykotonon Is a Digital Descent Into Metal Madness 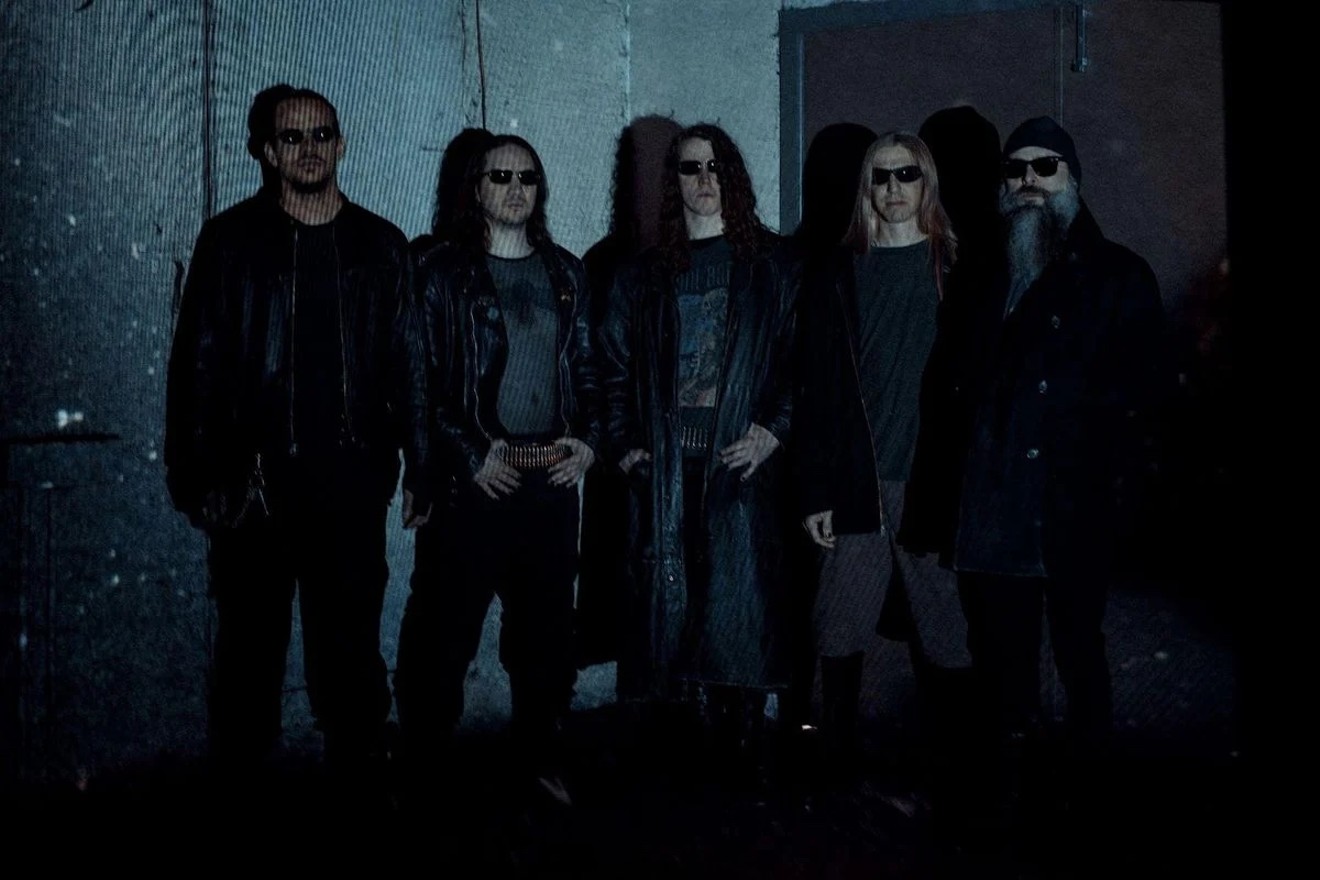 Listening to Denver's Lykotonon is like plugging into The Matrix. Courtesy Lykotonon
The avant-garde metal band Lykotonon, named for the Greek translation of "wolfsbane," has been in the works since the early 2000s, when members Jamie Hansen, Isaac Faulk and Eric van Langenhoven teamed up to create Centimani. And while that band eventually wilted — officially being laid to rest in 2018 — the members had already been making a name for themselves playing together in their other bands, Wayfarer and Stormkeep.

Lykotonon sprang from Centimani's ashes after the bandmates recruited Shane McCarthy to handle bass. “This band kind of sprouted out of the first band Isaac and I were ever in. We tried to do a couple different lineups of [Centimani] and ended up just scrapping that band altogether and starting from scratch. This is what came out of that,” explains Hansen, who's on vocals and guitar.

Faulk, who plays drums and electronic percussion, describes Lykotonon as “The Prodigy meets Dimmu Borgir meets the soundtrack of Spawn.” If that sounds intriguing, Lykotonon is playing the hi-dive on Saturday, January 21, with Ritual Aesthetic, Noctambulist, Morningstar Delirium and DJ Swarth providing support.

For metalheads coming of age at the turn of the millennium, Faulk's description makes perfect sense. It was a time when German electro group Atari Teenage Riot and thrash-metal legends Slayer teamed up for the song “No Remorse (I Wanna Die),” which appeared on the 1997 Spawn soundtrack.

“What I would say to someone getting into Lykotonon for the first time: Watch Blade, particularly the first scene with the blood rave. That’s what we’re trying to do,” adds Faulk, who also plays in Blood Incantation. “It’s interesting, because the last track on the demo, ‘Codex Novum,’ is actually a Centimani song that we were originally playing in 2012 or something. A lot of the other members of the band at that time didn’t like the direction of that type of stuff, but Eric, Jamie and I were really into it. It felt natural.”

And mixing electronic elements with black and death metal also sounds natural on the band’s first full-length, Promethean Pathology. Take a song like “The Primal Principal,” which starts out with some heavy guitar work from Hansen and van Langenhoven before transitioning into a breakdown that would move Morpheus. The two sounds eventually meet by the middle of the song to form digitized death-metal madness.

“I like all sorts of forms of electronic, including industrial stuff. When I was starting this, I [didn't] just want this to be an industrial metal band. It’s been done. I wanted to explore the other facets of electronic music, like trip-hop,” Hansen explains. “I was really influenced personally by Blut Aus Nord or Thorns. Yes, they’re experimenting with electronic music, but they’re also doing weird, progressive things on the metal side, as well. We just kind of put our spin on it and bring our own influences and take on black and death metal and combine it all in one project. We’re not breaking new ground by trying to incorporate electronic music, but we’re just trying to do it in a fresh, unique way.”

Faulk enjoys working with samples, synths and programmed percussion; it's a new element to experiment with, and isn’t part of the other acts the bandmembers play in. “It bridges this world of industrial, but also drum-and-bass and breakcore and harsh noise stuff. It’s this whole gamut of extreme electronic music. For me, that was a really cool thing to bring into this type of metal,” he says, adding that fellow Denver musician Zak Roberts has helped out with the more electronic and industrial elements.

Still in its early years, Lykotonon is ever-evolving, which keeps things fresh for the bandmates. “I think live, one of the goals for this project is to make the electronic elements really integral to it and not just a side piece,” Hansen says. “I think this one is going to be freer, in a sense. I think there’s more room for experimentation in this band, which was the idea. I haven’t even started thinking about the next record yet, but it can go in many directions.”

Lykotonon, 7 p.m. Saturday, January 21, hi-dive, 7 South Broadway. Tickets are $15-$18.
KEEP WESTWORD FREE... Since we started Westword, it has been defined as the free, independent voice of Denver, and we'd like to keep it that way. With local media under siege, it's more important than ever for us to rally support behind funding our local journalism. You can help by participating in our "I Support" program, allowing us to keep offering readers access to our incisive coverage of local news, food and culture with no paywalls.
Make a one-time donation today for as little as $1.