Whether you’re looking to make a day of your trip to Morrison or just a special evening, here are ten things to do while you’re headed to Red Rocks Amphitheatre: 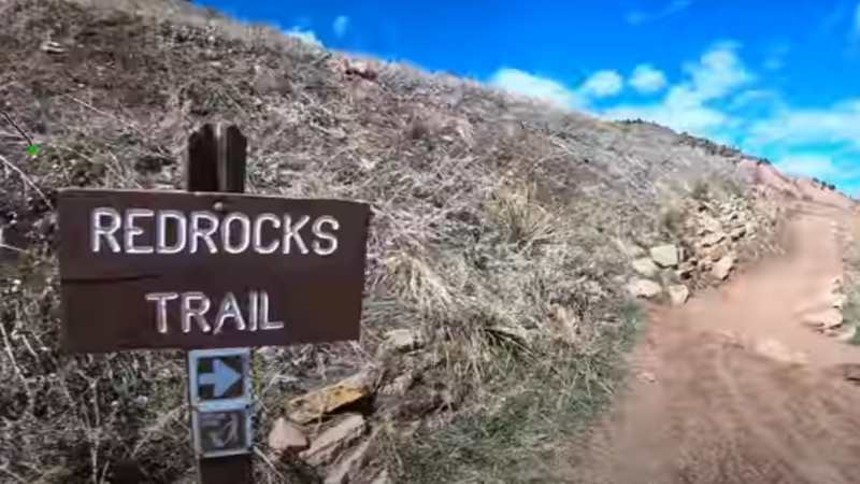 Along the Red Rocks trail, outside off-limits Red Rocks Park and Amphitheatre.
YouTube
Red Rocks is known not only for its amphitheater, but also for its hiking trails. The park boasts five different hiking trails, with opportunities to branch out into neighboring parks as well.

If you’re looking to spend some time in a different area, the nearby Mount Falcon Castle Trail and Lair O’ the Bear are popular and relatively easy trails loved by locals. Unscripted guided tours of the hands-on museum are available for booking and can be built around visitors’ interests. Admission is $10 for kids under twelve and $15 for ages twelve and up. 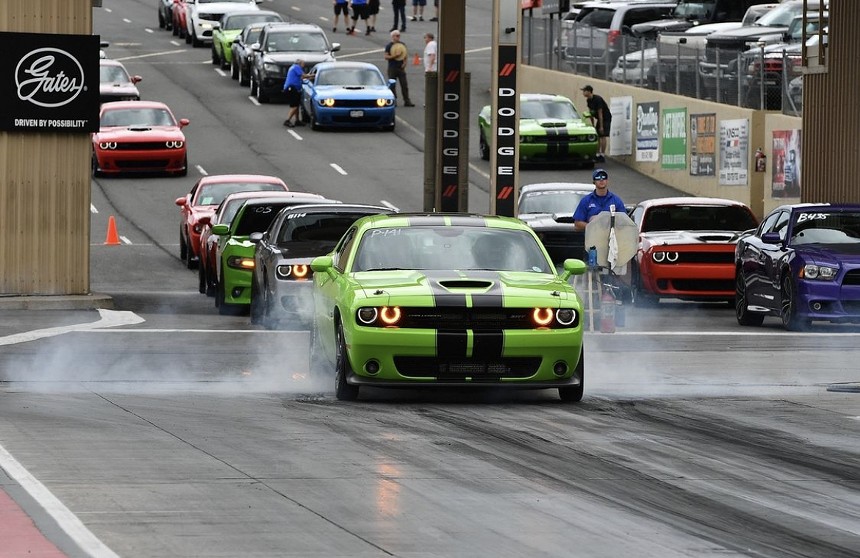 Virtually next door to Red Rocks Amphitheatre is Bandimere Speedway, a quarter-mile drag strip that is home to various races, including the National Hot Rod Association’s Mile-High Nationals.

Whether you catch a race or just a “test and tune,” the speedway offers a full schedule of events.

If you’re looking to get behind the wheel yourself, go-karting is an option at Action Karting on the Bandimere grounds. Families and visitors of all ages can race around an outdoor three-quarter-mile track for a twelve-minute session, starting at $40.

Be sure to check the schedule before you go, as Action Karting occasionally has to shut down to accommodate Bandimere events. 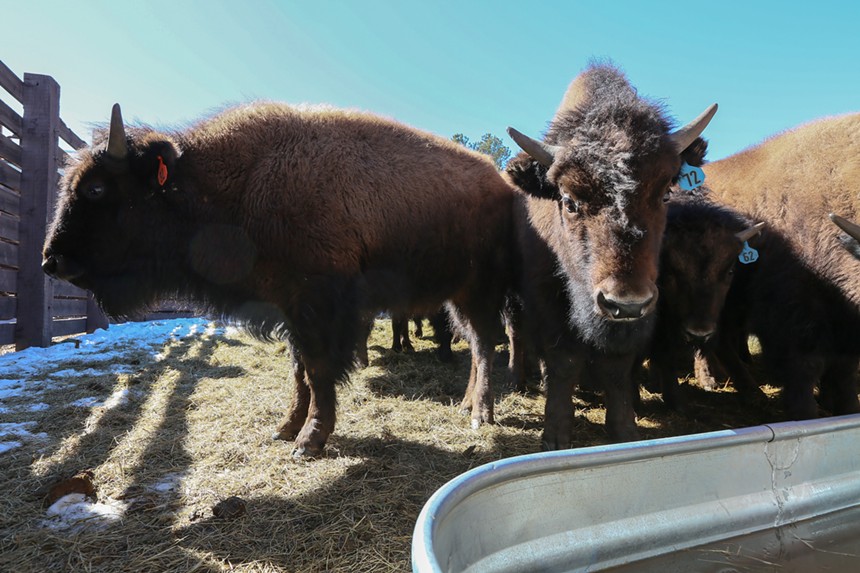 Denver has its own bison herd at Genesee Mountain Park.
Brandon Marshall
The Lariat Loop is a forty-mile scenic trip through the nearby foothills. It starts at Dinosaur Ridge and winds through Morrison and surrounding areas, including Evergreen, Genesee and Golden, highlighting historic locations and scenic views.

The drive is completely self-guided, so you can either wrap things up quickly or spend a full day taking in the sights and activities. The Loop’s website offers suggested stops for both full- and half-day trips. Located in nearby Golden is the School of Mines Museum of Earth Sciences, which famously showcases Colorado’s two Goodwill moon rocks that were collected during the Apollo 17 mission.

The free museum also comprises an indoor cave with a whopping 2,000 items on display, including glowing minerals, various fossils and mining murals.

Also in Golden is a shrine to Saint Frances Xavier Cabrini — aka Mother Cabrini — on property once used by Cabrini as a summer camp for orphans.

The property now boasts a museum dedicated to the saint, as well as a renowned 22-foot statue of the Sacred Heart of Jesus, the Stairway of Prayer, a chapel and more — not to mention a scenic overlook and famed gardens. 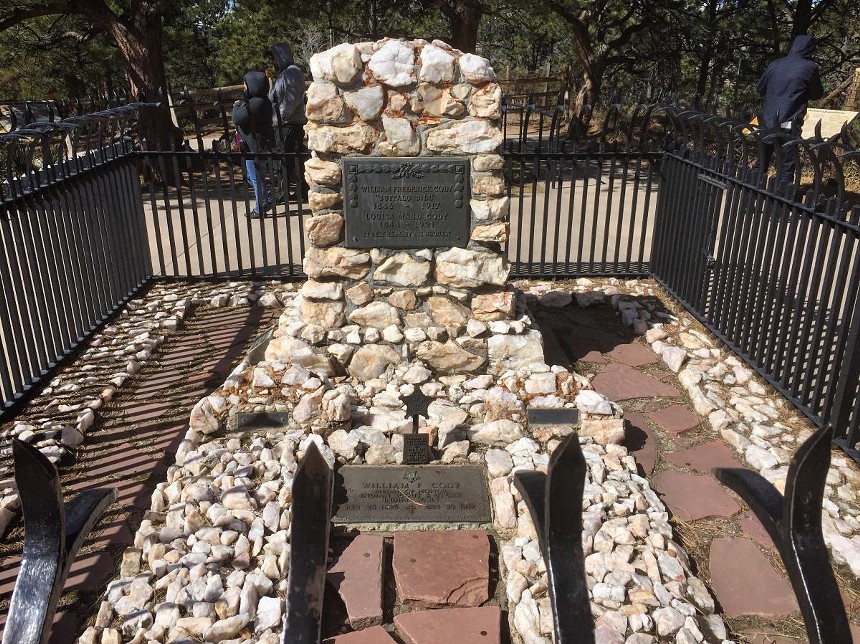 Buffalo Bill's grave on Lookout Mountain.
Visit Golden
Another stop for concert-goers keen on Colorado history is the Buffalo Bill Museum and Grave. The museum chronicles the life and career of famed showman William F. Cody and his Western-themed shows. The museum boasts plenty of art and historical artifacts, while his grave is conveniently located at an overlook with a stunning view of the Rocky Mountains. Admission is just $5 for adults, with discounts for seniors and children fifteen and under. The Cow Eatery in Morrison is a local favorite.
Nate Day
What would a night on the town be without food? Luckily, Morrison and its neighboring communities have quite a robust food scene. On the way into Morrison, the Fort offers classy Colorado dishes, while the Cow, right on the main drag, is a popular spot for traditional American fare, and Cafe Prague has a large menu of European offerings. Cafe Jordano, in nearby Lakewood, is also a local favorite, as is Littleton’s HiLo. A small part of Golden Moon's distilling equipment and aging barrels.
Krista Kafer
Looking to wet your whistle before the show? The area around Red Rocks is known for its unique beverage offerings in various forms.

Coda and Holidaily breweries boast sizable lists of brewskis in Golden, not far from the concert venue, while Coal Mine Avenue Brewing Company and the Lariat Lodge in Littleton (there's a Lariat in Evergreen, too) have plenty of options to tickle the tastebuds.

Outside of beer, the Golden Moon Speakeasy in Golden offers exclusive cocktails and small bites, while Indulge Bistro and Wine Bar has an extensive wine list, as well as flatbread pizzas, steaks, burgers and more.
KEEP WESTWORD FREE... Since we started Westword, it has been defined as the free, independent voice of Denver, and we'd like to keep it that way. With local media under siege, it's more important than ever for us to rally support behind funding our local journalism. You can help by participating in our "I Support" program, allowing us to keep offering readers access to our incisive coverage of local news, food and culture with no paywalls.
Make a one-time donation today for as little as $1.