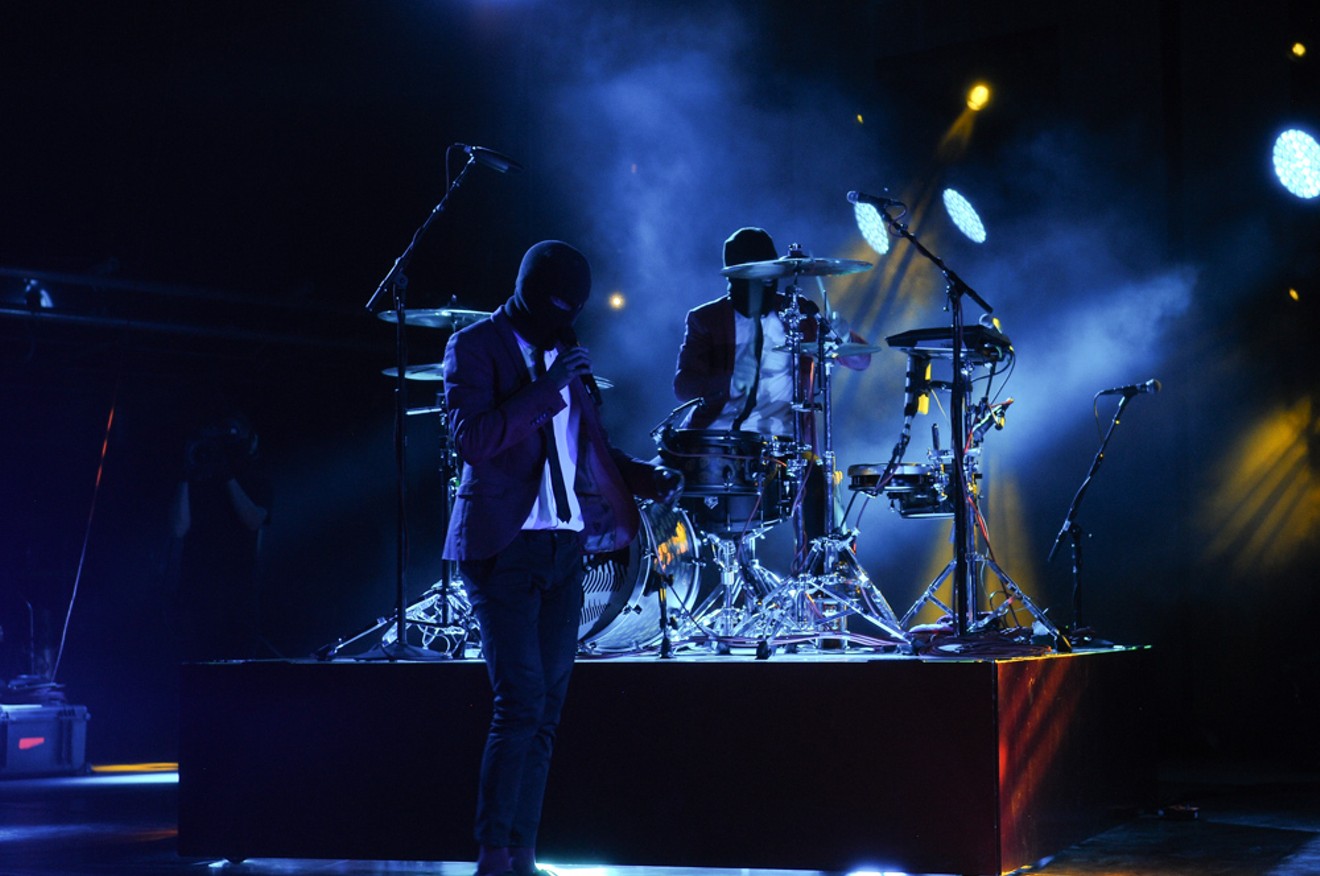 Twenty One Pilots Miles Chrisinger
Twenty One Pilots has a lot to promote, signaling the start of a busy autumn designed to ensure that the pop-rock darlings don't fade from the public's mind.

The duo just dropped two new songs, "Nico and the Niners" and "Jumpsuit," with a music video for the latter. Both songs accompanied the announcement of a full-length album, Trace, the first from the pair since 2015's LP Blurryface, which secured Twenty One Pilots a spot in the pop-music pantheon — at the time, at least — with record-setting Billboard chart-toppers.


To support the new record, on July 11 Tyler Joseph and Josh Dun announced plans to travel the globe on the Banditos tour, which will start in Nashville on October 16, stop at Denver's Pepsi Center on November 19, and wrap up on March 17, 2019, in Lisbon, Portugal.

Presales have already started and will end at 11:59 p.m. on Sunday, July 15; remaining tickets will go on sale to the general public at 10 a.m. Friday, July 20.

For more details and tickets, go to the Twenty One Pilots website.
KEEP WESTWORD FREE... Since we started Westword, it has been defined as the free, independent voice of Denver, and we'd like to keep it that way. With local media under siege, it's more important than ever for us to rally support behind funding our local journalism. You can help by participating in our "I Support" program, allowing us to keep offering readers access to our incisive coverage of local news, food and culture with no paywalls.
Make a one-time donation today for as little as $1.