Top Ten Resolutions for Denver in 2018 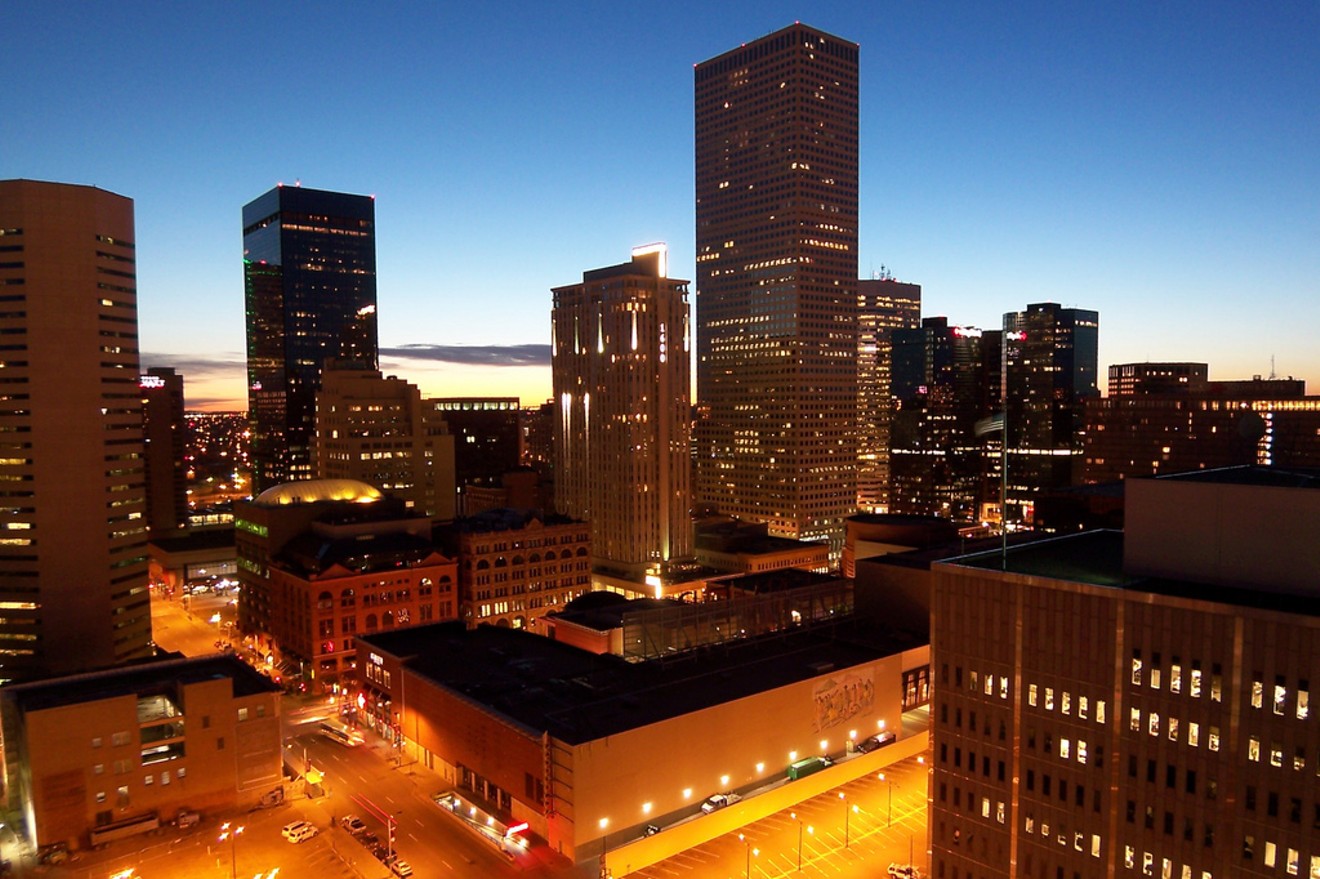 Morning in Denver: not just about omelets. Jeff Turner at Flickr
When we served up our Top Ten Denver Resolutions for 2017 last December, we mentioned the old saying “May you live in interesting times.” We thought 2016 had been too damn interesting...but we had no idea how interesting 2017 could get. As the Trump era of American history has blustered into reality (and non-reality) over the past year, most people in their right minds have wondered how a semblance of normalcy can be restored.

Here’s our list of ten things that the good folks of Denver can do to make 2018 — and all the years that follow —a much better time.

For $475 a month, you can sleep in the stairwell.
Jeffrey Beall at Flickr
10. Create Affordable Housing
We’ve reported that rental prices are starting to settle down a bit, but they’re still seriously out of control. The average price of a one-bedroom rental went up more than 15 percent over the previous year. And it's no better if you're trying to purchase, either. The areas where a prospective buyer can get something affordable are moving to the periphery of the city and suburbs — and even those are getting tight. In 2017, the average price of a single-family home was in the mid-400Ks in the metro area, which just isn’t feasible for a lot of Coloradans. If Denver doesn’t offer the opportunity for citizens from every economic stratus to find home sweet home, then chances are good they’ll go somewhere that will.

The erasure has already begun.
Wazee Supper Club
9. Support Denver Institutions
Denver still has a lot of history along its streets, but it’s lost a lot over the years, too. Denver Dry Goods. The Mizpah Arch. Celebrity Sports Center. Cinderella City. Elitch Bowl. And the city has experienced the loss of even more in 2017, like the Blue Parrot in Louisville and classic blues joint Ziggies; soon the Wazee Lounge and Supper Club will be history. The lesson here is twofold: You have to support these favorites regularly and loyally, and enjoy the good stuff while it’s here. Go ride the Cyclone at Lakeside. Have a steak at Bastien's. Enjoy a set at El Chapultepec. Down a martini at the Cruise Room. Even if all good things must end, we can do our best to forestall that opportunity for nostalgia.

The bridges don't have to necessarily be awesome; we'll settle for not-crumbling.
Michael W Murphy at Flickr
8. Spend Bond Money Wisely…and Quickly
On November 7, Denver passed a $937 million bond package that includes funding for transportation and cultural facilities, health and public safety, and library and parks and rec. All of the proposals passed with more than 2/3 of the vote, which is something of a mandate even considering the low turnout. Now our job is to stay on budget and on task — and keep our community eyes on the prize (and our patience well in hand) while we’re detouring around various construction zones in the coming year, as well as the decade or so that follows.

That's not really what the piano is for, people.
Geoff Livingston at Flickr
7. Hey, Guys: Date Better
Denver was just named the worst city in the country for dating, at least according to the Great Love Debate (and many of our readers). We’ve already shared our reasons why dating sucks in Denver, and our recommendations for improving the situation all boil down to this: Don’t be a self-involved dick. If you focus too much on your PlayStation, your pot and your plans for plowing powder, then that’s all you’re going to have. Ladies, expect better. Men, work to exceed expectations.

This includes both broadsheets and your friendly neighborhood alt-weekly.
Jon S at Flickr
6. Embrace Actual Journalism
The press is not a special-interest group and shouldn’t be treated as one. Labeling all news as “fake news” isn’t just a dumb thing to do — in the end, it’s self-defeating. We rely on ethical news organizations to deliver us the truth, and to hold our representatives to account for what they say and how they act and how the two reconcile (or don’t). If we destroy real journalism in favor of the comfortable lie — that echo-chamber effect that might reinforce our preconceptions or assure us that we’re right and they’re wrong — then in the end, we deserve to be in the dark and at the mercy of the unscrupulous. We will deserve it because we, as a nation, put out the light.