Alexis Bortell hasn't ended her challenge to Attorney General Jeff Sessions over medical marijuana. File photo/Facebook
Last year, then-eleven-year-old Colorado resident and medical marijuana patient Alexis Bortell joined other plaintiffs in a lawsuit against pot-hating Attorney General Jeff Sessions over federal scheduling of cannabis. Yesterday, February 26, a judge with the U.S. District Court for the Southern District of New York dismissed the suit, but Bortell, now twelve, wasn't distressed. Shortly after the news went public, a post appeared on her Facebook page reading, "We were ready. Smile. We know #SCOTUS [Supreme Court of the United States] is where we are probably going."

Alexis, who was born in Texas but moved with her family to Larkspur because of MMJ, which has eliminated the epileptic seizures from which she suffered, is "a remarkable child," lead attorney Michael Hiller told us for our previous post about the lawsuit, accessible below in its entirety. "When I first spoke to her, it wasn't to say, 'Hi. How are you?' It was so she could interview me to make sure I was the right lawyer for her. She's a smart kid and a brave kid who's not afraid to tell you what she thinks."

Indeed, Alexis is a published author, co-writing with parents Dean and Liza Bortell and sister Avery a book titled Let's Talk About Medical Cannabis in 2017. But the suit uses her story in a way that goes beyond conversation. The Controlled Substances Act currently classifies marijuana as a Schedule I narcotic, meaning that, like heroin, it is said to have no accepted medical use — a conclusion rejected by 29 states and the District of Columbia. In the document, Hiller and fellow attorneys David Holland, Joseph Bondy and Lauren Rudick argue that this designation is so baseless and problematic that it's actually unconstitutional.

Sessions is the target of the suit because he heads the U.S. Justice Department.

The plaintiffs in the suit include former Denver Bronco turned entrepreneur Marvin Washington, who can't employ the federal Minority Business Enterprise program because of the Schedule I ranking; Sebastian Cotte, father of Jagger Cotte, a six-year-old with Leigh's Disease; Jose Belen, a disabled combat veteran precluded from using federal medical benefits to obtain marijuana to treat his post-traumatic stress disorder; and the Cannabis Cultural Association, which represents many people of color who believe the government's pot policies are rooted in racism.

As for Dean Bortell, acting on behalf of Alexis, his status as a former member of the Navy who's classified as 100 percent disabled is key. Under ordinary circumstances, the child of a foreign-wars veteran like him would be entitled to receive health coverage, including "the right to use the commissary on any nearby military base," the suit points out. But because medical pot is federally illegal, Alexis couldn't get the only treatment that's worked for her intractable epilepsy at a military facility — or anywhere else in her home state, for that matter. 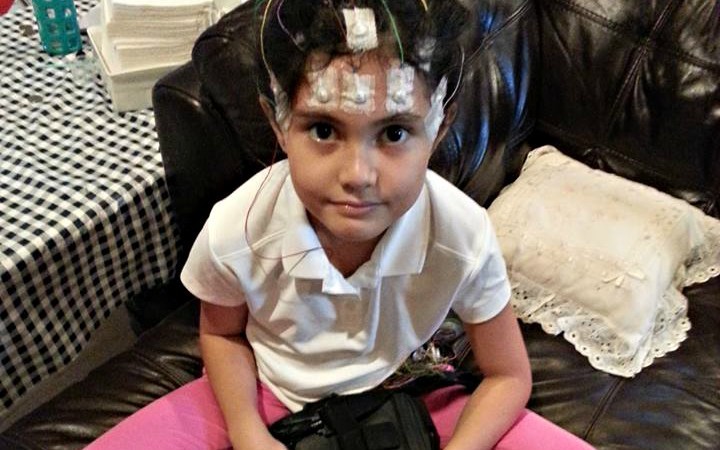 Alexis Bortell in 2014, when seizures were a regular part of her life.
Facebook
"Without her use of whole-plant medical cannabis, Alexis would likely have no quality of life," the complaint maintains, "and instead be resigned to spending her days at home inside or worse, in a hospital bed, as medical care-givers surround her with offers of palliative care which fail to provide any actual palliative relief. In addition, Alexis would be subjected to traditional forms of treatment which, aside from being ineffectual, threaten her with serious and life-altering side effects, including infertility."

Moving to Colorado means Alexis can now get the medicine she needs, and she's thriving as a result. Nonetheless, the suit states that she "would like to move back to Texas, where she would be eligible for free college tuition through Texas's State Department of Education. Alexis is not eligible for free state education in Colorado." Additionally, "Alexis would like to travel to other states, but cannot safely do so without fear that (i) her parents, with whom she would travel, might be prosecuted for possession of cannabis; or worse (ii) her parents might be subjected to proceedings which would imperil their parental rights."

Hence the term "medical marijuana refugees," which Hiller described as "a group of people in places like Colorado who have moved from other states that either are non-state-legal-medical-cannabis jurisdictions or state-legal-medical-cannabis jurisdictions that have restrictions," such as limiting approved substances to CBD- or low-THC-content only, for example.

Many of these refugees are in contact with each other, forming a de facto support group. According to Hiller, "Alexis is both unique and typical" of others in her situation. "She's typical in the sense that she suffers from a medical condition that is treatable through the use of medical cannabis. But what's atypical about her is her courage, her outspokenness and her bravery. She's the bravest eleven-year-old I've ever spoken with. She's quite obviously received guidance from her parents, but ultimately, the person who decided to move forward with this case was Alexis. She is not a passive participant at all. She's an advocate. She's a lion. She's terrific."

Hiller, for his part, maintained that "no case has ever been brought like this one. None of the claims that comprise our case have been brought before except for part of our commerce clause claim," which asked the courts to overrule a Supreme Court case called Gonzales v. Raich. "All of the other claims we've brought are new, and we're relying on evidence that the courts have never seen before — and we have marshaled the facts in a way that no litigant involved in a cannabis case has brought before."

Nonetheless, Judge Alvin Hellerstein, whose opinion is also accessible here, rejected the suit's arguments based largely on past precedent. 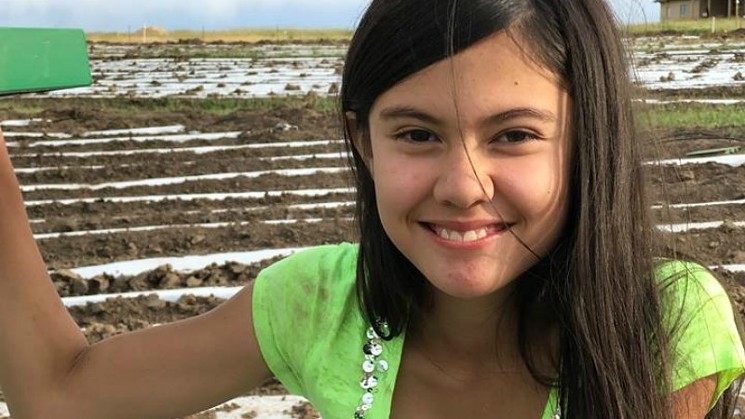 Alexis Bortell last July.
Facebook
"The Second Circuit has already determined that Congress had a rational basis to classify marijuana as a Schedule I drug," Hellerstein writes, "and any constitutional rigidity is overcome by granting the Attorney General, through a designated agent, the authority to reclassify a drug according to the evidence before it. ... There can be no complaint of constitutional error when such a process is designed to provide a safety valve of this kind."

However, Hellerstein immediately follows this conclusion with a paragraph suggesting that he is sympathetic to assertions that marijuana has medical uses.

"I emphasize that this decision is not on the merits of plaintiffs' claim," he points out. "Plaintiffs' amended complaint, which I must accept as true for the purpose of this motion, claims that the use of medical marijuana has, quite literally, saved their lives, One plaintiff in this case, Alexis Bortell, suffers from intractable epilepsy, a severe seizure disorder that once caused her to experience multiple seizures every day. After years of searching for viable treatment options, Alexis began using medical marijuana. Since then, she has gone nearly three years without a single seizure."

These concessions don't satisfy Hiller. His statement about the ruling begins: "Resigning the plaintiffs to the petitioning administrative process is tantamount to a death sentence for those patients who need cannabis to live. The time has come for the courts to abandon decades-old precedent, notched with obsolete legal technicalities, and catch up with modern science and contemporary principles of constitutional law."

He adds: "This case will continue to move forward. Notwithstanding the outcome today, we remain confident that the final disposition of this case will include a finding that the classification of cannabis under the Controlled Substances Act is unconstitutional — freeing millions of Americans to safely treat their conditions with a plant that maintains their health and their lives.”