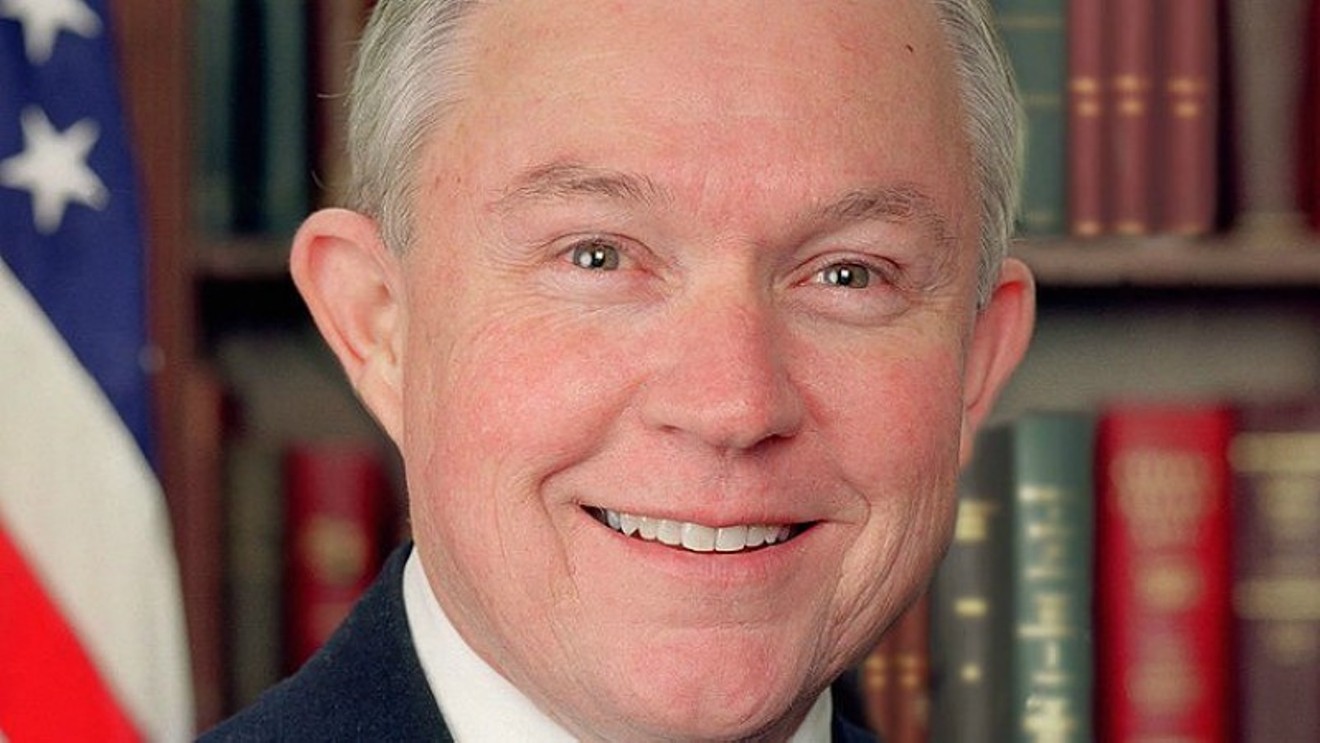 Attorney General Jeff Sessions is a devoted opponent of greater legal access to marijuana. U.S. Senate
A new federal study shows that marijuana use among teens in Colorado has fallen below levels seen prior to the implementation of Amendment 64, the measure that legalized limited recreational cannabis sales in the state. Given the report's origins, attorney and activist Brian Vicente, who co-authored Amendment 64, says haters of progressive marijuana laws, such as Attorney General Jeff Sessions, will find it more difficult than ever to suggest that these statistics are flawed.

"This is the study that opponents of marijuana legalization quote time and time again: the National Survey on Drug Use and Health," Vicente says. "And the fact that now it's showing a very significant dip is extremely important."

The data, compiled under the auspices of the Substance Abuse and Mental Health Services Administration, is accessible below. It shows that past-month cannabis use by Coloradans ages twelve to seventeen dropped nearly 20 percent from 2014-2015 to 2015-2016, the most recent period for which statistics are available. The fall from 11.13 percent to 9.08 percent brings the past-month use numbers below those from 2011-2012 (10.47 percent) and 2012-2013 (11.16 percent).

As pointed out by the Washington Post, past-month teen marijuana use in Colorado remains higher than the national average, but that's been the case every year since at least 2005-2006. The disparity was the largest in 2013-2014, but it slid each of the next two years by a substantial margin. The difference between U.S. and Colorado usage figures is similar to that seen in 2009-2010. 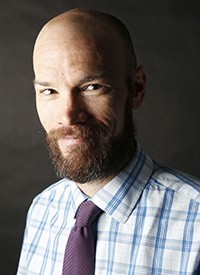 Brian Vicente co-authored Amendment 64.
vicentesederberg.com
Vicente sees these digits as good news for more reasons than their value when it comes to undercutting Sessions and those who agree with him about the dangers of legalizing marijuana. As a parent (his two kids are ages three and four, respectively), he says, "I feel strongly about this. Whether you're for or against marijuana legalization, most people can agree that teen usage and youth usage of marijuana isn't a good idea. It's something for adults."

Not that he's surprised youth marijuana usage has gone down post-legalization. "This is something we talked about on the campaign trail, and it just makes common sense — that if you take marijuana out of the hands of drug dealers and put the sales behind the counter, where it's sold by regulated employees under camera, they're just much more likely to ask for I.D. What Colorado has effectively led the world in is taking marijuana sales off the streets and out of the hands of drug dealers and has them take place behind the counter, similar to alcohol sales."

Moreover, Vicente sees it as "quite possible" that teen use in Colorado will continue on a downward trajectory. "It's certainly a large, statistically significant drop," he allows, "and it's been coupled with common-sense public-education campaigns, which marijuana taxes have paid for. We're now running billboards and creating websites that actually speak to teens — that say, 'This is bad for your developing brains and you have to be 21 to purchase it.' This sort of common-sense education, funded by marijuana sales, is sending the right message to teens, and I think it's really starting to hit home at this point."

Vicente acknowledges that the new numbers are unlikely to silence the anti-pot brigade: "Opponents of marijuana legalization dating back for the last eighty years have been prone to picking and choosing statistics to make their case." But, he adds, "I'm very curious to see what they'll say about this particular issue, because this is the most legitimate study in the country on teen use. Opponents have been citing it as something that's negative for years. So even though there's been a tendency by prohibitionists to switch tactics when actual statistics don't favor them, this is pretty tough for them to stare down."

That goes for the attorney general, too — but Vicente doesn't expect him to do a 180 on the subject anytime soon.

"How do you influence Jeff Sessions? It's hard to say. He seems to be pretty locked into his anti-marijuana views," Vicente allows. "But at the same time, I hope this kind of hard data coming out of Colorado, which is really the leader when it comes to legalization in terms of having done it the longest, shows it's actually a positive thing for decreasing teen use. I hope the study will reach his desk and push him in the right direction on this issue."

Click to access the National Survey of Drug Use and Health comparison between 2014-2015 and 2015-2016 for all fifty states and the District of Columbia.