The Catcalls' new self-titled EP is a mix of blues, rock and punk political spirit. Lisa Dibbern
Riley Ann is more than happy to let any old listener decide what sort of band The Catcalls is. And to be fair, the group checks a lot of boxes.

“When people ask what we do, I just tell them we're a blues-rock band,” says Ann, who handles rhythm guitar and vocals. “That's kind of the heart of rock music, because it does come from the blues. We've also heard people comment that we almost have like a little bit of a classic-rock sound, and I think that they're hearing the blues influence of the songwriting. We kind of leave it up to people — like, whatever you think.”

Those are all reasonable descriptions of the Catcalls, a Fort Collins band — rounded out by Dave Jensen on lead guitar and Dylan Good on drums, both classically trained jazz musicians — that stylishly blends blues with the dustier side of rock and a gritty, subversive attitude. But those opinions are still not all so easy to accept, or even understand, for that matter.

“I've heard people say multiple times throughout my music career, ‘Wow, your voice is just like Natalie Merchant,’” says Ann. “We played a show in downtown Fort Collins last weekend, and someone — she's also a musician in town — made that comment. Every time it comes up over the last several years, I go back and I listen to [Merchant’s] stuff, and I'm like, 'I don't hear that at all.'”

Frankly, I don’t hear it, either.

Ann is quick to point out that she’s not the only singer who gets pegged with off-base comparisons. It’s an apparently rampant problem, especially for younger artists for whom the wrong description could potentially drive off potential fans at a time when they need all they can get.

“When I saw Courtney Barnett at the Gothic a couple years ago,” says Ann, “she was introduced on the radio like 'Courtney Barnett, she's a great singer-songwriter.' I was like, 'singer-songwriter'? That makes it sound like she's going to sing 'Kumbaya' with an acoustic guitar, and that's not at all what she did. Not that it’s inherently offensive, because there are great singer-songwriters that I absolutely adore, but there’s certain connotations where that wouldn’t be accurate. You know, I guess my job as a musician is just to do my art, and people can make of it what they want.”

She doesn’t, however, accept the idea that the Catcalls is a country-influenced band, though she concedes it does lean pretty hard into the Southern rock aesthetic, specifically on the song “My Stand.”

“To me,” she says, “when we recorded that, the reference song that I kept going back to was Neil Young’s ‘Ohio,’ which has that Southern-rock feel, which, again, is country in nature — but not your Top 40 country. Honestly, one of my favorite artists is Neko Case, and she does have a country feel, but it’s very different than the country music my parents listen to.”

Another thing Ann doesn’t sound like is a Riot Grrrl, but that doesn’t mean she isn’t a kindred spirit. In whatever way her music may diverge from the abrasive cacophony of bands like Bikini Kill and Bratmobile, she says, it shares much of the same message of empowerment and unity.

“Looking back, there were definitely some blind spots, looking at white feminism,” says Ann. “But it still gave a voice, in a totally different way, for women and women’s issues, in this kind of pseudo-underground culture back in the ’90s. It was very politically driven. What I’m kind of harkening to with that idea is, I’m not afraid to be political in my songs.”

Those political leanings shine through on the Catcalls’ cover of the Nina Simone song “Mississippi Goddamn,” a response to the 1963 murder of Medgar Evers in that state and the bombing of the 16th Street Baptist Church in Birmingham, Alabama, the same year, which killed four young black girls. Ann says the song is one of her favorites by Simone, who wrote about the struggles of African-Americans, insisting it was impossible to be a true artist and not reflect the times. 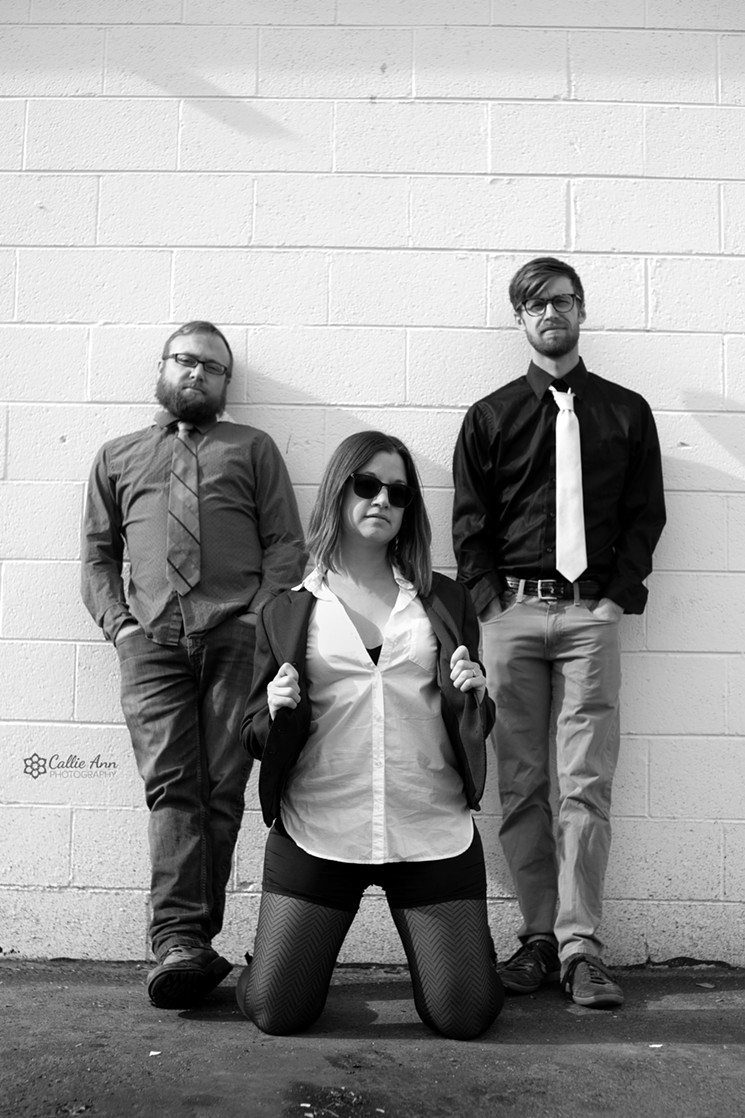 The Catcalls play an album-release show at the Aggie Theater in Fort Collins on Friday, January 10.
Callie Mitchell Photography
“I love that particular song,” says Ann. “Not only was it her first original song, but it’s also what complicated and in some ways commercially broke her career as a successful, touring musician. But it’s also, in my eyes, what immortalized her career, with starting to talk about politics, because she was like, ‘I just can’t do this anymore —just sing nice songs that people want.’ In that regard, I’m not afraid to reflect the times and call out things in our culture.”

Ann has tinkered with the song a bit — mostly, she says, because she is not a black woman living through the civil-rights movement.

“I thought it would be inappropriate for me to sing exactly the same words that Nina Simone wrote,” says Ann. “I’m a white woman living in Fort Collins. But I flipped the lyrics on that, of a white person calling out white people, like, ‘Hey, we can do better. This is bullshit,’ and also added in some modern things like ‘That’s why they’re all taking a knee’ and things like that.”

It’s not lost on Ann that while many things have changed in this country, much of the struggle for equality is ongoing.

“A lot of the things she was writing about in that song we’re still talking about today, with police brutality and institutionalized racism,” she says. “I remember I came across that song and was reading through the lyrics, and I was like, ‘Holy shit! This is just as relevant today.’”

The blues, Ann says, is the perfect style for a band like the Catcalls, that speaks to the hardships that have encumbered so many in this country while still playing music that is engaging.

“Blues was kind of our fertile ground in the middle where we all met,” says Ann. “I love the lyricism of the blues, and there’s a lot of social commentary in the blues, as well. And coming from an African-American tradition, the blues is inherently political, even if it doesn’t sound like it on the surface.”

It’s also a good place for the bandmembers to meld the protest music of the past with more contemporary sounds that have the same passion and politics, and to let the music take them where it will.

The Catcalls plays a release show for the group's new self-titled EP at 8 p.m. on Friday, January 10, at the Aggie Theater, 204 South College Avenue in Fort Collins.

Listen to The Catcalls and more favorites from Westword writers on our Westword Staff Picks playlist.
KEEP WESTWORD FREE... Since we started Westword, it has been defined as the free, independent voice of Denver, and we'd like to keep it that way. With local media under siege, it's more important than ever for us to rally support behind funding our local journalism. You can help by participating in our "I Support" program, allowing us to keep offering readers access to our incisive coverage of local news, food and culture with no paywalls.
Make a one-time donation today for as little as $1.