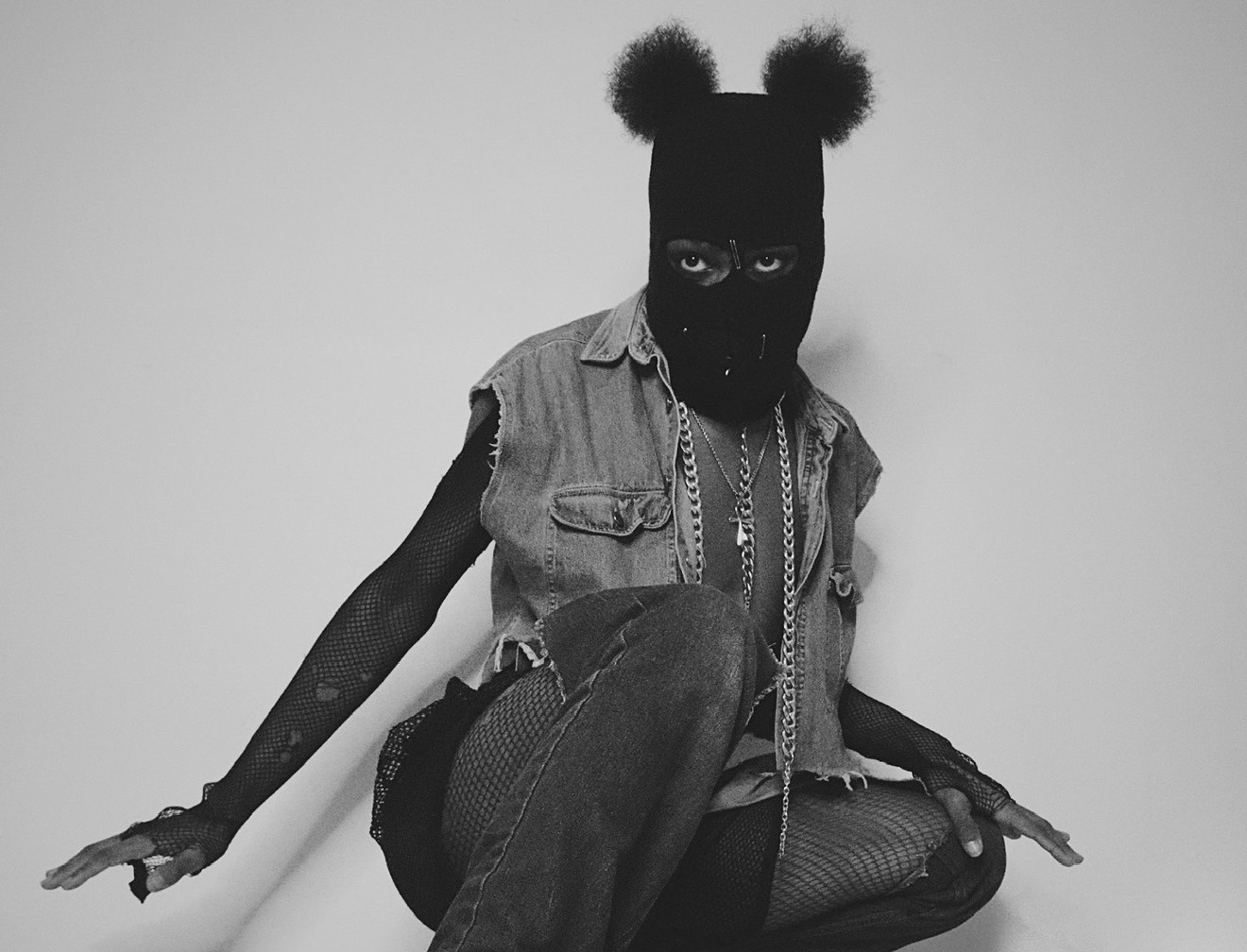 N3ptune uses his songs and their stories to redefine what it means to stand out. With a genre-blending style that mixes pop, hip-hop, electronic and R&B, he achieves a unique, defining sound.

The making of RENAISSANCE was a “journey of finding balance within self,” he says. The album will be released Friday, December 10, with a show at the hi-dive dubbed the Black & White Ball. N3ptune will perform with special guests KNDRX, Hex Kitten and Rusty Steve.

RENAISSANCE is a collaboration between N3ptune and Rusty Steve, a Denver-based producer. The two met in 2015 at the University of Colorado Denver’s Lynx Camp, where they became fast friends. They started playing music with each other in 2019, and Rusty Steve decided that they should make an album together.

“I don’t do collaborative projects,” N3ptune says, but “this album is coming out because of Rusty Steve. It was all his persistence.” The self-described perfectionist — who often refers to himself as a singer-songwriter, producer, dancer, director and model — has been creating his whole life, often by himself.
“It’s not a simple album,” N3ptune says of RENAISSANCE. “There are no love songs on here. I wrote about my relationship — or nonexistent relationship — with my parents. I wrote about drug addiction. I wrote about disassociation and suicide.”

“ABSENT,” N3ptune’s favorite song on the album, addresses his tendency to disassociate, an experience he describes as uncontrollable and a symptom of post-traumatic stress disorder. He found the words for the song after an inspiring conversation with Varevat DaVinci, a Denver-based artist. He remembers sifting through his spinning thoughts that night and asking himself, “What are you saying?” The lyrics flowed out concisely in response, he recalls.

The song builds on recorded sound from N3ptune’s set at the 2021 Underground Music Showcase and uses visceral pulsating to illustrate disassociation. It moves between grounding club beats and airy, reverb-heavy harmonies before descending into bass synth and discordant, multi-layered vocals.

RENAISSANCE is a collaboration between N3ptune and Rusty Steve.
Kori Hazel
N3ptune has a talent for turning painful memories into catchy tunes. He considers himself a “chords and hooks man,” and often builds songs from the first lyrics he conjures. “WEDLOCK,” the opening track on the album, starts with a gospel melody that he and Rusty Steve dressed up with a choir.

But the song, like many others on RENAISSANCE, doesn’t stay in a single mode. About halfway through, N3ptune changes from gospel to rap. “The music switches up so much because it’s human emotion,” he says.

When he was growing up, his anger was often invalidated, he explains, and the song provided the perfect opportunity to delve into his acrimony and “simply raise hell." He likens the experience of his songs to a Quentin Tarantino movie, because the audience is brought along for the ride.

N3ptune says he wasn’t allowed to fully express himself as a child, either. So once he was allowed to dye his hair as a teenager, he bleached it. He wore platform boots to his Denver high school, and when he left home at the age of nineteen, he dressed like a ’90s New York City club kid.

These days, he turns the volume of self-expression all the way up in his artistic pursuits. For him, the best way to confront any lingering fears is to “do the most extreme thing and grab the beast by the horns."

As a Black, androgynous, pansexual man, N3ptune has often felt ostracized. He specifically cites the Denver rap community, where he says he was often laughed at or ignored by other performers. “This is the first year that I have performed as myself truly,” he says. “There’s nobody that does what I do. I’m one of a kind. I’m not in competition with anyone but myself.”

Although he once wanted a seat at Denver’s creative table, N3ptune now says that feels too limiting. Instead, he hopes to create his own table for like-minded artists who want to push boundaries and live up to their own potential. He wants to make space for “the tastemakers, the go-getters and the geeks...for the young Black boys and girls and the young artists who are not identifying,” he says.

“I'm taking a lot of the heat, and I have taken a lot of the heat so that the next person that does what I do doesn’t have to have it so hard,” he concludes. “We are at a perfect time to really elevate.”

The Black & White Ball, 8 p.m., Friday, December 10, the hi-dive, 7 South Broadway. Tickets are $12 to $15; get them here.
KEEP WESTWORD FREE... Since we started Westword, it has been defined as the free, independent voice of Denver, and we'd like to keep it that way. With local media under siege, it's more important than ever for us to rally support behind funding our local journalism. You can help by participating in our "I Support" program, allowing us to keep offering readers access to our incisive coverage of local news, food and culture with no paywalls.
Make a one-time donation today for as little as $1.
Claire Duncombe is a Denver-based freelance writer who covers the environment, agriculture, food, music, the arts and other subjects.
Contact: Claire Duncombe