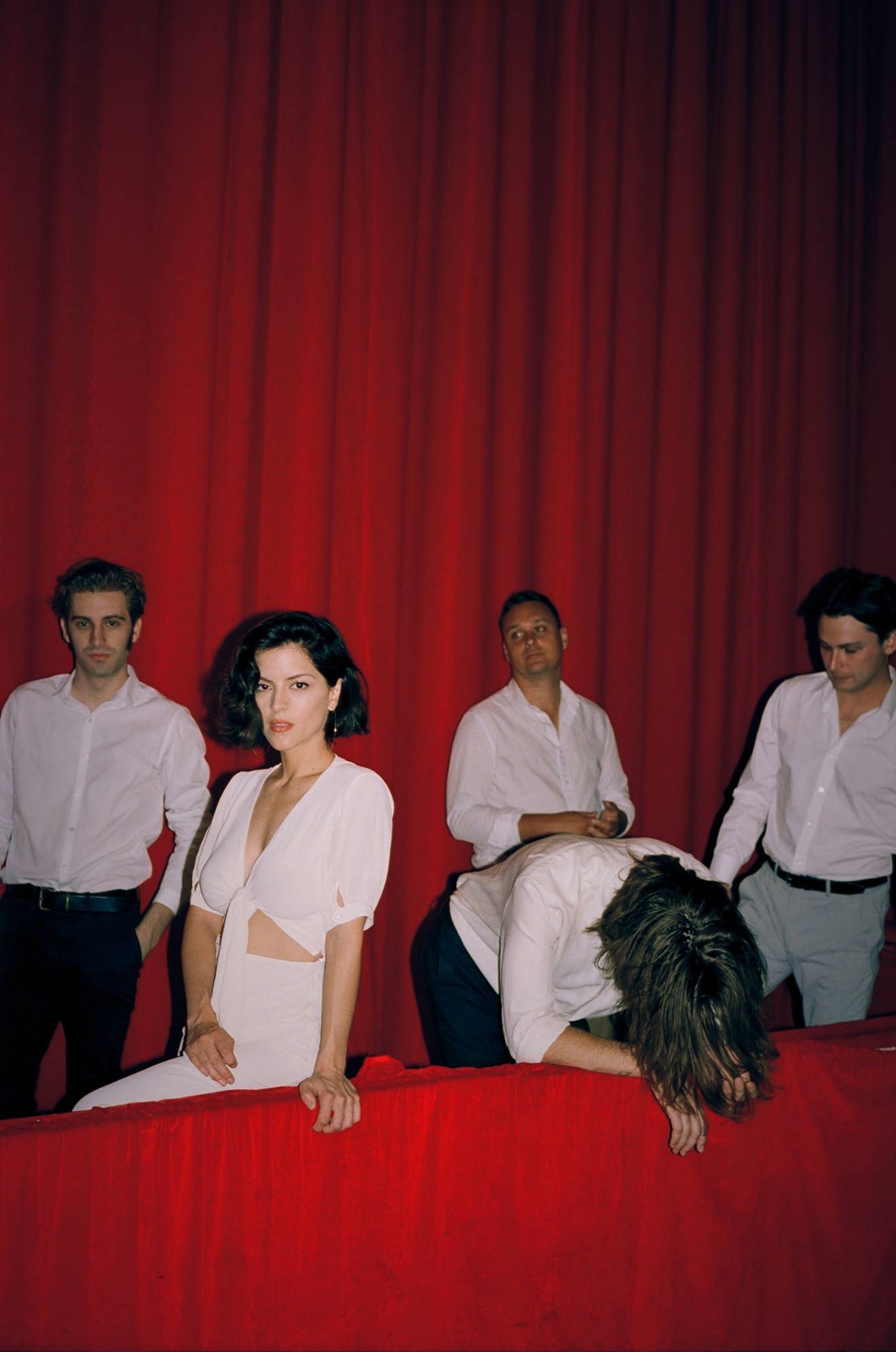 The Marías Joe Perri
The Marías have only been around as a band since late 2016, though its bandmembers already feel like they’ve been on a short, furious and surreal ride, one full of surprises. There was the time this past April when the L.A.-based group was invited to play a festival in Indonesia and was shocked to discover that they had a legion of Indonesian fans who sung along to their lyrics in English and Spanish, even though many audience members didn’t speak those languages. The five-piece band (which combines psychedelic, jazz, soul and R&B influences behind the smooth crooning of its namesake frontwoman, who goes only by “María”) has started routinely receiving drawings and letters — some of the missives pages long and describing intensely personal moments — from fans at shows. Once, during a tour this year, all five members of the Marías came out of a casino having each won more than $100 at slots and blackjack (that had nothing to do with music; it was just really cool). And finally, there’s been an overwhelming response to the band’s holiday “love letter” campaign. The Marías
Meghan Cummings
What is that campaign? Just before the winter holiday season last year, María herself had the idea that the band should send letters of appreciation to fans who requested them as a thank you. The group already had much to be thankful for. After María and drummer Josh Conway, who are in a relationship, formed the group with three of their friends, the Marías quickly made waves in 2017. Releasing work on their own label, the band drew attention with its first EP, Superclean Vol. I, a chic though earnest soundtrack that, when combined with the band’s physical aesthetic of vintage clothes and music videos filmed on super-8 cameras, lends the impression that the Marías were transported straight out of the 1970s, only with a multicultural twist with bilingual lyrics and drawing upon a distinctive mixture of styles that feels more suited to our time. Fans flocked to the group. Within its first year, the Marías were headlining shows in Los Angeles — not easy to do in a town with so much talent.


To reciprocate all that love from fans, María decided that she and the boys in the band could write “love letters.” The band expected maybe fifty fans to ask for a letter and to submit a mailing address. But last holiday season, the band received more than 300 requests. Daunted but undeterred, the Marías got together one night, fortified by hot chocolate and Baileys, and scribbled notes of thanks on the back of Christmas card photos of the bandmembers in Santa hats.

The Marías won’t say how many letters they ultimately answered last winter, but there’s no question that fans who received them were ecstatic. Some posted pictures of their love letters from the Marías on Instagram.

Sensing that they were on to something, the band kept up the love letter campaign for Valentine’s Day 2018, this time typing a stock letter, but personalizing it with signatures and words of appreciation for the first 100 fans who requested them. More social-media chaos ensued.

Now, for this holiday season — and after releasing Superclean Vol. II in September, a superb second EP with standout tracks “Clueless” and “Cariño” — the Marías have upped the ante and will send out 200 letters.

“And let’s just put it this way: We’ve gotten a lot more requests than that,” says band co-founder Josh Conway.

we had no idea that so many of you would want one of our lil holiday cards! we were expecting 30 or maybe 40 of you to respond, but we’ve received over 400 addresses! which is insane and amazing and beautiful. we’ll be sending love letters for Valentine’s Day, so hold tight. we love you. xo


On Thursday, Westword caught up with the drummer over the phone as the band was en route to Las Vegas. (The Marías open for Thai-funk trio Khruangbin at the Ogden Theatre in Denver this Saturday.)

"The letters are a lot of work,” Conway continued. “But it's the kind of work we're okay doing, because we always try to connect as much as possible with our fans."

Somehow, Conway says, the bandmembers will find time to send out the letters in the coming weeks, even as they wrap up their final tour dates of 2018. (He also revealed to Westword that, after taking a short holiday break to visit family, the bandmembers will be back in the studio, writing and recording new music, by early January).

So when will lucky fans get the latest round of letters? “Soon” is all Conway would say, and to protect the feelings of those who submitted a request but don’t get a letter, he added, "Anyone who didn't quite make the cut, we have your address and will select people throughout the year randomly for other letters. So if you don't get a Christmas card, don't be worried; it doesn't mean you won't get anything, and we'll do our best to make sure everybody gets something at some point."

If you are among those Marías fans who do get a letter, feel free to let the band know — and even tag the band on Instagram. "It definitely puts a smile on all our faces," Conway says.

The Marías open for Khruangbin, 8 p.m. Saturday December 15, Ogden Theatre, 935 East Colfax Avenue, $22-$25.
KEEP WESTWORD FREE... Since we started Westword, it has been defined as the free, independent voice of Denver, and we'd like to keep it that way. With local media under siege, it's more important than ever for us to rally support behind funding our local journalism. You can help by participating in our "I Support" program, allowing us to keep offering readers access to our incisive coverage of local news, food and culture with no paywalls.
Make a one-time donation today for as little as $1.