PoliceFoundation.org
Even as U.S. Attorney General Jeff Sessions continues to say terrible things about marijuana and hint at a potential crackdown against states that have approved recreational or medical sales, assorted members of Congress have introduced legislation aimed at changing the way the federal government deals with the plant, including its designation as a Schedule I narcotic by the Drug Enforcement Administration. But there's disagreement among national leaders of the cannabis community about whether it would be preferable to shift marijuana to Schedule II or Schedule III, or to de-schedule it entirely.

HR 714, sponsored by Representative H. Morgan Griffith, a Virginia Republican, and introduced in January, would move marijuana from Schedule I, which includes heroin and acknowledges no medical benefit, to Schedule II alongside cocaine, opium and other substances that can be used medically. Another Griffith bill, HR 715, calls for marijuana to be switched from Schedule I to another DEA classification, but doesn't specify which one. And in April, Representative Matt Gaetz, a Republican from Florida, put forward HR 2020, which would place marijuana in Schedule III, where assorted stimulants (e.g., benzphetamine), depressants (amobarbital) and products such as Tylenol with codeine are listed.

Still, these legislative efforts fall short in the view of Justin Strekal, political director for the National Organization for the Reform of Marijuana Laws (NORML).

"NORML is committed to a de-schedule effort," Strekal says. "The growing acceptance of marijuana reform and the growing consensus that we inevitably need to take cannabis out of Schedule I is demonstrated by the introduction of these bills, but quite frankly, we don't think they go far enough. We want it to be regulated in a similar manner to alcohol."

Thus, NORML doesn't consider any of the aforementioned bills to be legislative priorities. Instead, Strekal notes, NORML is "going to stay laser-focused" on HR 975, a measure backed by Representative Dana Rohrabacher, a California Republican, that's popularly known as the "Respect State Marijuana Laws Act of 2017"; the legislation would amend the Controlled Substances Act to remove criminal penalties as applied to any person who lives in a state that has legalized sales and is complying with the laws there. NORML also favors HR 1227, the "Ending Federal Marijuana Prohibition Act of 2017" sponsored by Representative Thomas Garrett, a Republican from Virginia, which would delete all references to marijuana from the Controlled Substances Act in a manner that would effectively de-schedule it. NORML took part in a press conference touting HR 1227 last week. 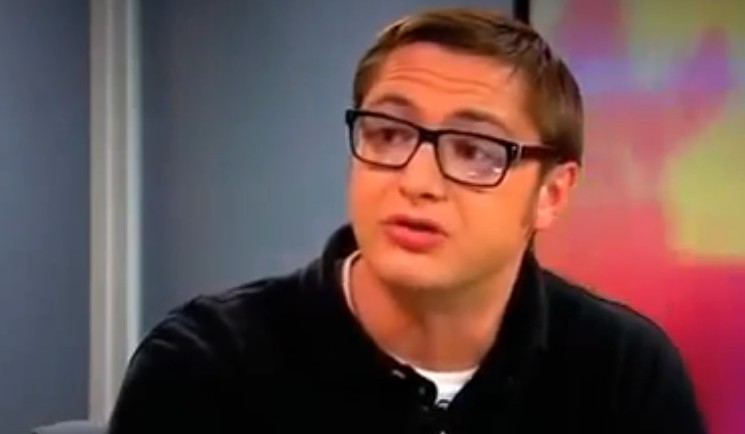 Justin Strekal, policy director for NORML.
YouTube
"We have a growing momentum in Congress, with the formation of the Congressional Cannabis Caucus," a coalition that includes Colorado representatives Ed Perlmutter and Jared Polis, Strekal points out. He adds: "At the end of the day, we've already seen eight states legalize adult use, and we expect that number to grow significantly in the coming years. It's time for the federal government to get out of the way."

"We believe that marijuana should be removed entirely from drug schedules, because it's less harmful than alcohol and other products that are not included in the schedules," Tvert says.

As for the question of whether leaping from Schedule I to Schedule III might be a bridge too far for HR 2020, "I don't think it's going to be the factor that makes or breaks it," Tvert maintains. "We see a lot of support for the measure proposed by Dana Rohrabacher to respect state marijuana laws, and that doesn't change schedule reclassification. But there's definitely growing support for simply removing marijuana from the schedules."

What's clear, Tvert believes, "is that something needs to be done by Congress. Marijuana's medical value has been widely recognized by various medical organizations and patient groups in the states as well as at the national level, and Congress needs to address the tension that currently exists between state and federal laws."

Tom Angell of the Marijuana Majority, corresponding via e-mail, echoes many of the thoughts expressed by Strekal and Tvert, but he's more open to alternatives.

"Any move out of Schedule I is a good one," he allows. "While complete de-scheduling is most desirable from a policy standpoint, going to Schedule III would indeed solve a number of the most important problems with cannabis's current status under federal law, and is probably seen by many key lawmakers as more palatable than just taking marijuana out of the CSA altogether."

Angell also sees positives in the multitude of marijuana bills that have been introduced in recent months, even if they take different approaches: "The nice thing is that we now have separate pending bills to move marijuana to Schedule II or III or to de-schedule it. If congressional leadership wants to move on this issue in some way, the vehicles to do it are right in front of them, and most have bipartisan support."