Ryan Adams Shocked Us With a Song for Westword 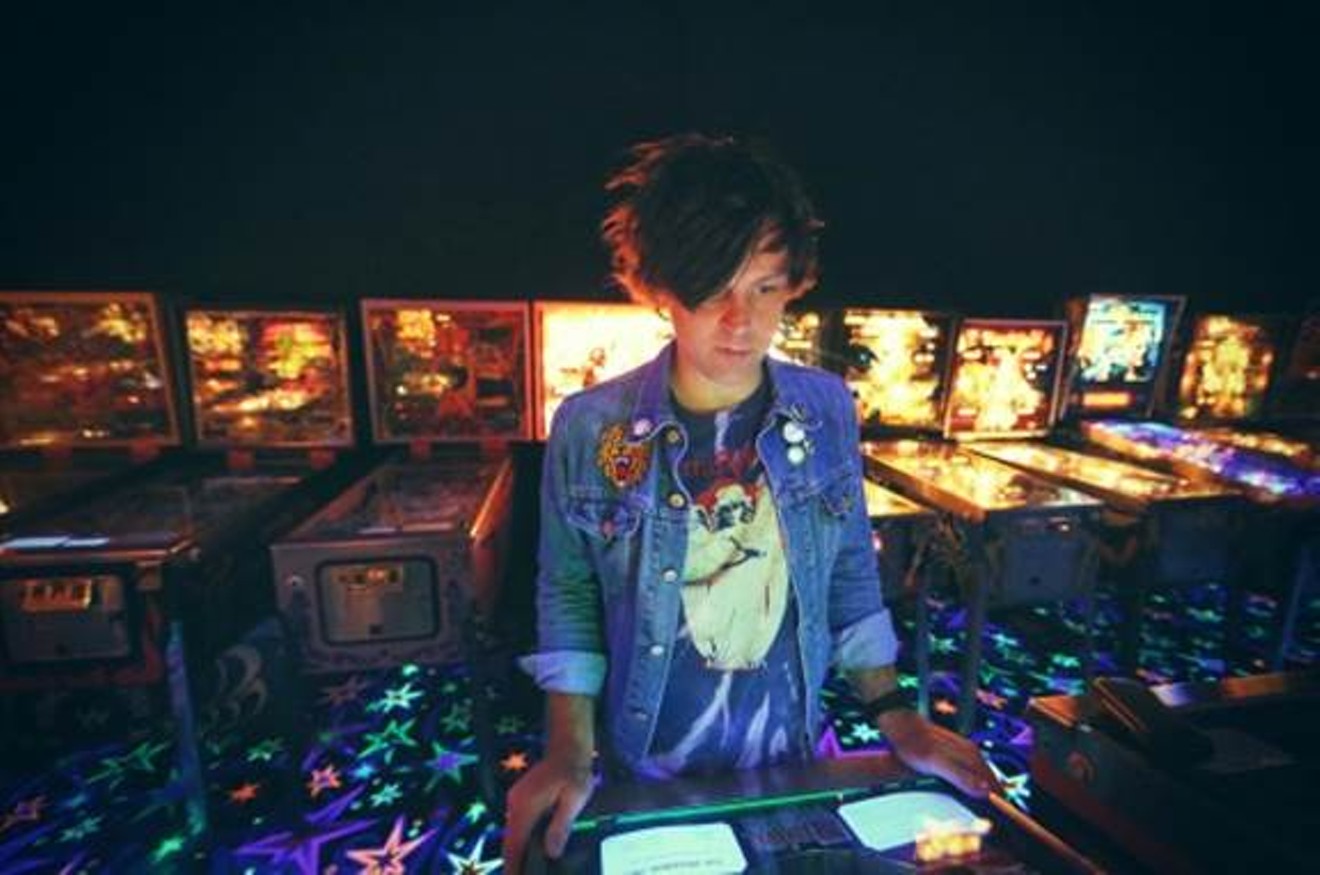 Ryan Adams's love affair with Colorado independent media continues — and this time his pen hit even closer to home. Yes, in advance of his upcoming one-off performance at Red Rocks Amphitheatre, the singer-songwriter composed an ode — and a plea — to Westword. Here's the story behind the music, and a dissection of the lyrics, which include a job application and announcement of Adams's new band, Megacat*.

Last week, Adams shared the surprise jingle he wrote for regional radio station 105.5 FM/The Colorado Sound. The "Come Pick Me Up" singer, who has been very active and responsive on social media lately, shared a link to Westword's coverage of the theme song, which we originally described as "Bon Jovi-esque." Adams added that he was "going for that Dokken/Colorado at sunrise sound! <3."

Apparently, this interaction was more than enough inspiration for the prolific 43-year-old musician, who's released nearly twenty albums over his career. Last night, June 3, Adams tweeted that he was watching the new season of HBO's A.I. fantasy series Westworld (he's a fan) — and that he "mixed a theme song for a certain paper in Denver..." (It's us!)

"WEST WORD" was written and produced by Adams at PaxPM (aka Adams's house), and differs mightily from the Colorado Sound's straight-ahead rocker. The slow song begins with a simple piano line and a faint, otherworldly reverberation that recalls a singing saw. The eerie atmosphere contains echoes of Westworld, where a chiming player piano functions as a repeated image and sonic metaphor.

Once the verses kick in, however, the references are pure Westword. Adams is known for salty, self-deprecating banter at his shows, as well as breaking into off-the-cuff jams with silly improvised lyrics, usually about whatever's on his mind, like climbing a tree while wearing yellow pants.

Let's break down the lyrics to "WEST WORD":

The Westword offices are indeed located on Broadway in Denver's Golden Triangle, and the newspaper has always been free, since its founding in 1977. (You know how you like getting news for free on the Internet? We thought of that.)


"Patricia" is Patricia Calhoun, founder and still editor-in-chief of Westword. (Ryan, she will definitely hurt you. But you'll be better for it.) "Dave" is a reference to former music editor Dave Herrera, who reviewed Adams's 2012 show at the Buell Theatre and wrote about him in his Beatdown column. (Thanks, Ryan, for reminding us that we need to update our Wikipedia page.) At the end of this first verse, Adams admits his undying love for Colorado and the likely key to these latest compositions: Adams really likes playing at Red Rocks — and he wants you to come to the show.

The chorus is whispered, plaintive, nearly nostalgic. Then the drums kick in.


We honestly don't know what this is about, but if there's some mischief with the office thermostat, we'll have one suspect.


Um, yes! Megacat* is officially invited to perform at the 2019 Westword Music Showcase. And if Adams relocates to Denver, we can find something for him to do at Westword. Maybe responding to the articles' comments sections.

Here, Adams references Westword's annual MasterMind awards, the program that gives no-strings-attached cash awards to creative individuals and arts organizations who are changing the cultural landscape of this city. Adams, a pinball enthusiast, offers a couple of great ideas. (May we suggest Kickflip Me Up as the name of the 24-hour skatepark? No?)

The song embarks on a high-pitched string freakout in the final seconds, then cuts off. If 105.5 FM's Adams-penned jingle is the sound of glam metal in the Colorado sunrise, then maybe Westword's anthem is the sound of sending the paper to press, climbing to the top of Red Rocks, sparking a joint and watching the light fade over Denver. Thanks, Ryan.

*Unconfirmed that Megacat is an actual band, but we hope it is.
KEEP WESTWORD FREE... Since we started Westword, it has been defined as the free, independent voice of Denver, and we'd like to keep it that way. With local media under siege, it's more important than ever for us to rally support behind funding our local journalism. You can help by participating in our "I Support" program, allowing us to keep offering readers access to our incisive coverage of local news, food and culture with no paywalls.
Make a one-time donation today for as little as $1.