A photo from a multi-care pileup on Interstate 25 in March 2014 that killed one and injured thirty. Photo by Lori Midson
The ten intersections with the most accidents in Denver right now include plenty of well-traveled roadways in the metro area. If you live and work in the Mile High City, there's a good chance that you've driven through one or more of these danger zones this week.

I know I have. Indeed, several of them are on or near my daily commute to Westword's Golden Triangle office.

The information was compiled by the Denver Police Department at our request. The DPD also provided data for a March roundup of dangerous intersections — but for that post, the department focused on highway exits. This time around, the number-crunchers stuck to surface streets.

In addition to crash-stat sums for the period between January 1 and October 15 of this year, the police number-crunchers pulled together totals at the same intersections for all of 2016. As you'll see, only three of the ten intersections have been the setting for fewer crashes this year than last, even though the better part of two months remain in 2017.

Indeed, this year's most dangerous intersection to date has already registered 26 more smash-ups than in all of 2016. In contrast, the intersection in the seventh slot has the largest total for 2016 and 2017 combined: 66.

Count down the photo-illustrated list below. Note that one of the selections isn't exactly an intersection — but it's at a place you'll definitely recognize. Be careful out there. 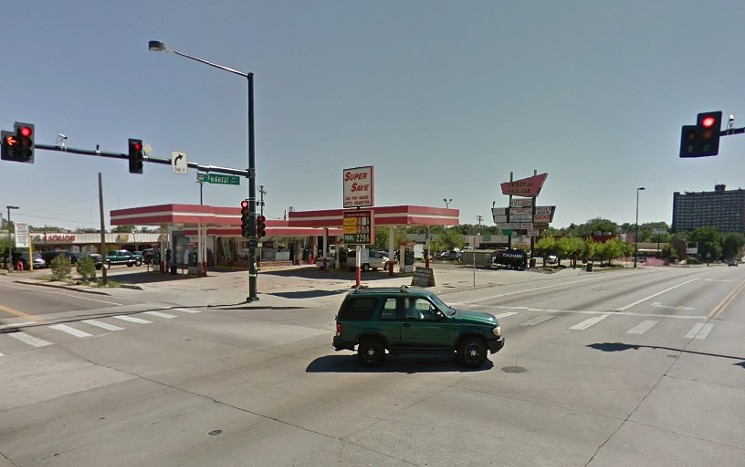