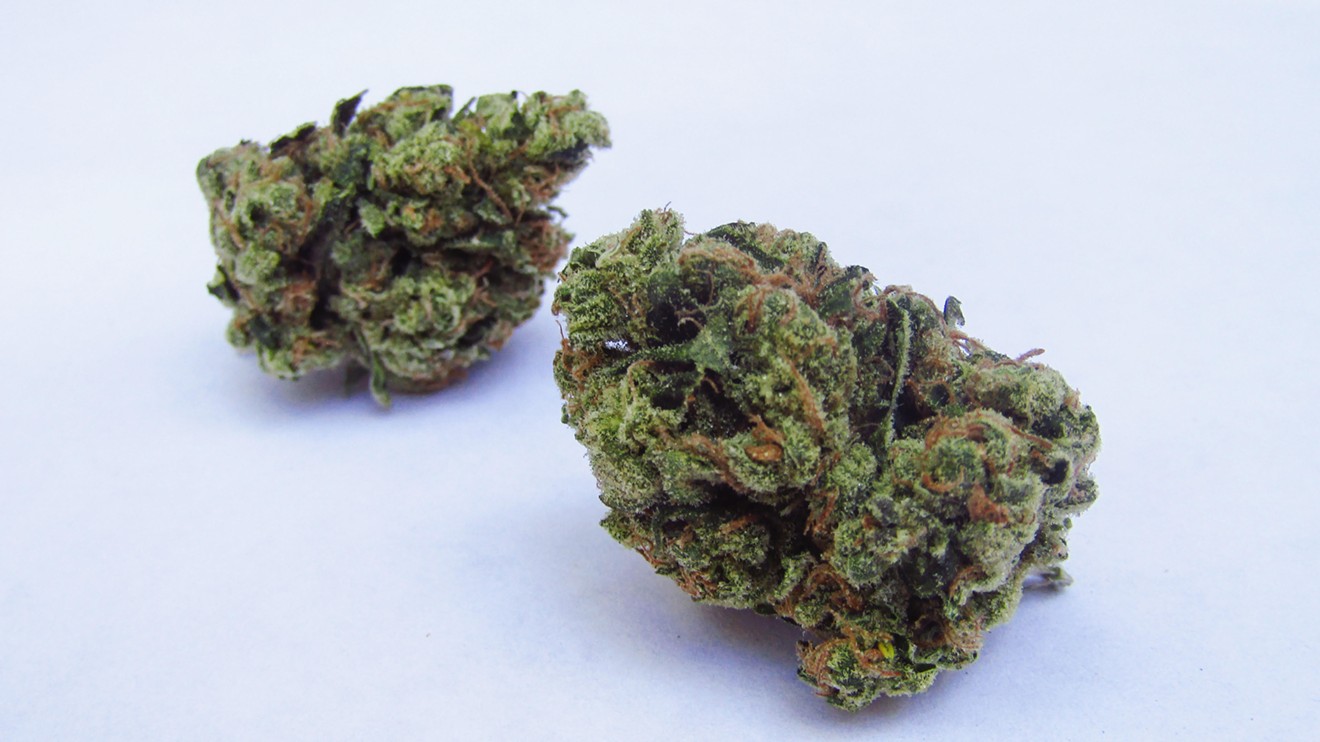 Gary Payton is no layup on the lungs for the uninitiated. Herbert Fuego

I'm not old enough to go on back-in-my-day rants yet, but it was fun seeing athletes hate each other twenty and thirty years ago. Shit-talking was realer back then and so diluted now that the art of jawing has become a vintage skill. And few exemplified that skill like Seattle Supersonics point guard Gary Payton.

Nicknamed "The Glove" because of his defensive abilities, Payton didn't give a shit what we thought, something he made clear long before being accused of biting an opponent while chirping point-blank during a game in 2004. Even though the "Glove-bites-man" narrative wasn't fully supported by video evidence, the story has always stuck with me. Being the basketball nerd that I am, I couldn't wait to try out the strain named after Payton in 2019 from the Cookies guys.

Cookies and Powerzzz Genetics collaborated with Payton to commercialize the strain, crossing to Snowman and the Y — two other Cookies strains — to create what essentially smells and tastes like classic Girl Scout Cookies on steroids. Luckily, I didn't have to wait long, as the Bay Area breeders inked a genetics and licensing deal with Colorado grower Veritas. The new Cookies strains, including Gary Payton, hit Colorado dispensaries earlier this month. Bumping Soundgarden in my car with a Starbucks in my cup holder on my way to the pot shop, it was time to go full Puget Sound.

Running with Gary Payton isn't cheap, with these new, official Cookies strains going for at least $55 an eighth pre-tax at most dispensaries. Those prices are likely to drive away a portion of stoners, but not enough for Cookies strains (all of them) to not sell out at three stores before I could find any bags of the Glove left. But was all that searching and a 2015 price tag worth it?

I can't argue with someone who walks away from pricey weed, but I have to admit that the fumes coming out of my Gary Payton bag punched me in the face harder than any frat bro has. The excitement and hair-raising aspect of those thick rubber scents and minty floral notes reminded me of my first time ever smelling chronic. Veritas says the terpenes were testing at ridiculous numbers, and while we're still trying to dig those numbers up, it's hard to argue the claim after a joint of Gary Payton.

Drinking an unflavored seltzer was the perfect complement to showcase Gary Payton's dry, earthy flavors, which are apt characteristics for a strain named after such a salt-of-the-earth player. However, the high was much more nurturing, easing my mind while keeping my body afloat. My brain moved a step slower, but that's the trade you make for such strong stress relief.

Looks: Gary Payton fits right in with other Cookies strains, with vivid, eye-popping wintergreen calyxes and regular blots of purple, both of which are sharpened by noticeably large trichomes. Even with above-average pistil coverage, the buds' density makes up for it.

Flavor: Even in a clogged pipe you found under your passenger seat, Gary Payton shines. Those dry, rubbery flavors carry a dirty hint of juniper and mint, with a tangy sourdough aftertaste. A little more earthy and gassy than Girl Scout Cookies, but noticeably similar.

Effects: True to its inspiration, Gary Payton quickly wraps you up like a glove, showing off its potency without putting your head over the edge. The high is powerful but laid-back, providing more giggles and stress relief than paranoia. I couldn't accomplish much more than reading or shuffling around the house, but I never felt stupidly stoned to the point of guilt.