Red Rocks 2020 Isn't Over Yet; Float Like a Buffalo Announces October Gig 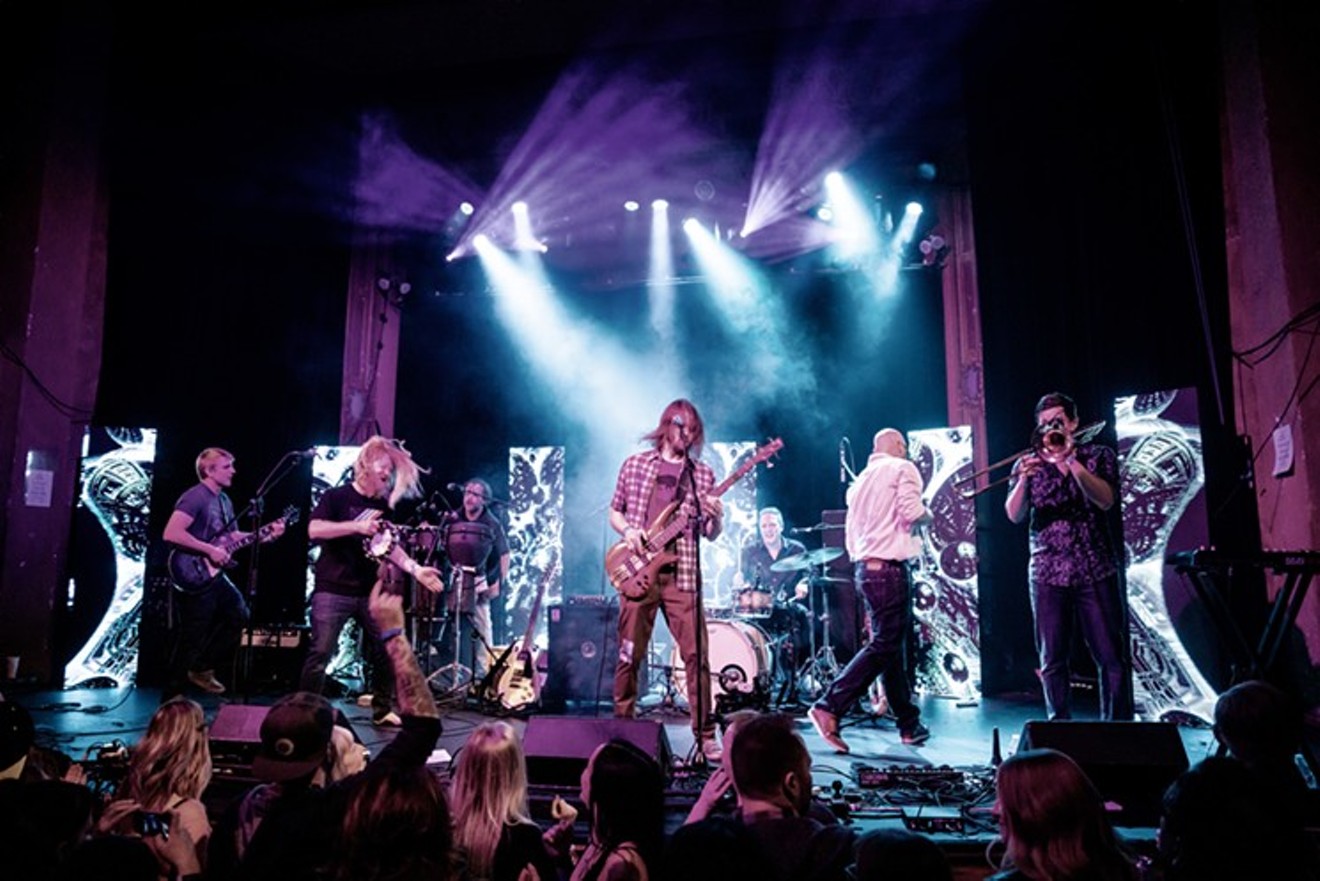 Float Like a Buffalo is returning to Red Rocks Amphitheatre. Brandon Thrift
Red Rock Amphitheatre has broken records in 2020: the fewest concerts ever, the most concerts played by an individual artist (Nathaniel Rateliff) and a group of artists (the Colorado Symphony), and the most times the venue has appeared to be closing down for the year...and then didn't.

A few weeks ago, it looked like Red Rocks would be shuttered by Denver Arts & Venues by the end of September, with the staff furloughed and a roof repair job scheduled. But now the funk-ska-reggae-rock band Float Like a Buffalo has announced that it will be at Red Rocks on October 10, to headline a show with Fort Collins's Graham Good & the Painters.

This is the second time that Float Like a Buffalo has played Red Rocks; the first time was back in July 2019, opening for FACE Vocal Band.

Don't expect a show from the main stage, though: The bands will be playing mid-bowl, on a special temporary stage while the roof is under construction. The promoters promise the same stellar views, though.

The show will be followed by an after-party at the Platte Bar & Grill, 5995 South Santa Fe Drive, where attendees will receive commemorative posters and other goodies.

Both the show and the after-party will require masks and social distancing.

As with previous concerts by Gasoline Lollipops and Lotus, there will only be 175 tickets available for this show. They go on sale at 10 a.m. on Tuesday, October 6, and are $75 each plus fees; the show is set for 4:30 to 7 p.m. on Saturday, October 10.
KEEP WESTWORD FREE... Since we started Westword, it has been defined as the free, independent voice of Denver, and we'd like to keep it that way. With local media under siege, it's more important than ever for us to rally support behind funding our local journalism. You can help by participating in our "I Support" program, allowing us to keep offering readers access to our incisive coverage of local news, food and culture with no paywalls.
Make a one-time donation today for as little as $1.