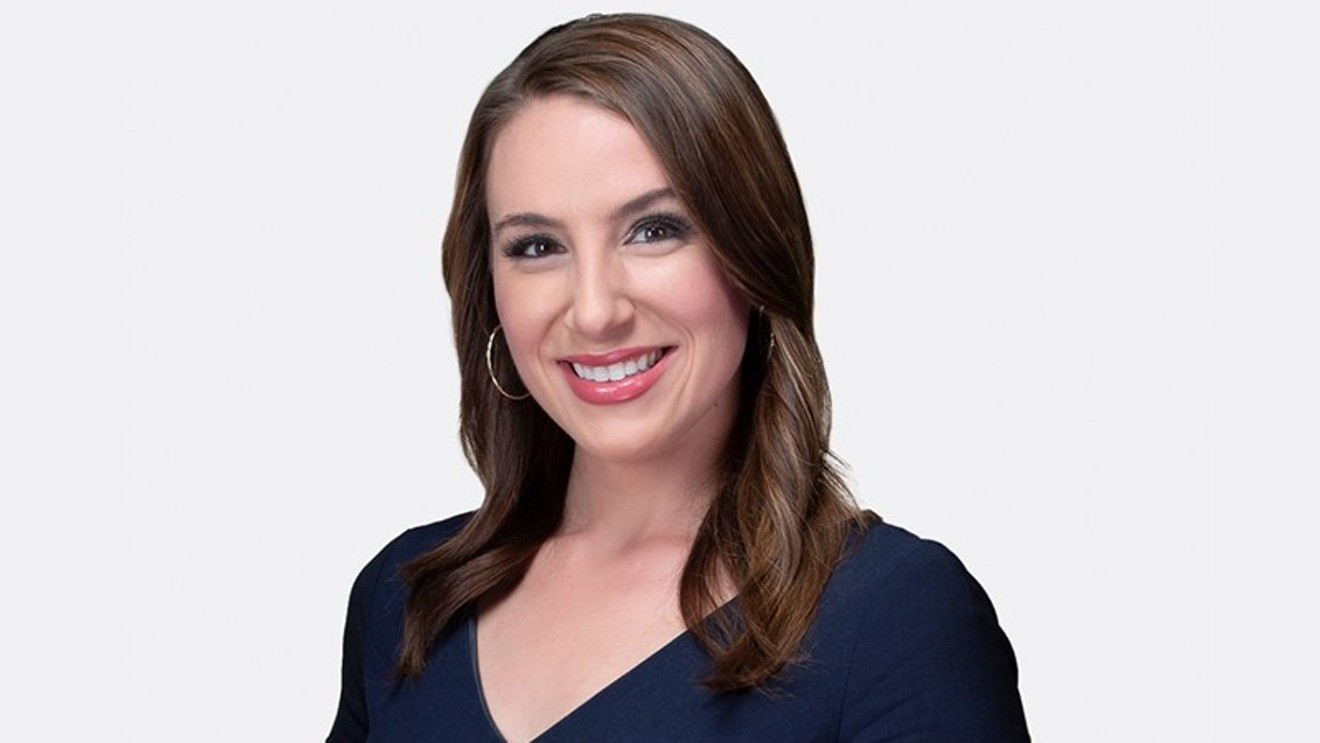 9News reporter Liz Kotalik is making a career shift. 9News
Over the years, Denver television journalists have often jumped from station to station and market to market as they build their careers. But in 2021, an increasing number of local reporters and anchors are leaving TV to start over in an entirely new industry.

The latest example of this trend is 9News reporter/anchor Liz Kotalik, who became a viewer favorite at the outlet after her arrival in the Mile High City around three years ago. She's departing from the news biz in order to serve as public relations manager for Bonanno Concepts, a powerhouse local restaurant firm. Today, June 18, is her last day at 9News.

Kotalik is at least the sixth high-profile broadcast journalist to leave Denver television this year — and she was preceded out the door by former 9News colleague Ryan Haarer, who just happens to be her husband. They married earlier this year after delaying their wedding because of COVID-19.

Although Kotalik declined Westword's interview request, she did share a few observations via email. "I’m so excited for this new opportunity," she writes. "It’s crazy to be starting a new career outside of news. ... I’ve been reporting and anchoring for almost ten years! But I think it will be a lot of fun to work for such a great restaurant group."

In a "Life Update" posted on Instagram yesterday, Kotalik goes into more detail about her motivation. "This move came with a lot of thought and self-reflection. News is a tough industry, and I found myself becoming increasingly more exhausted," she writes. "That being said, I could not be prouder of my career, and the incredible journalists I have worked with from Tucson to Phoenix to Denver. The newsrooms I was lucky to be a part of were filled with dedicated, honest people who were humbled by the great responsibility that comes with being a good journalist."

She adds: "I can’t wait to focus on all things FOOD and FUN, and share some of the incredibly innovative concepts and ideas that come from @cheffrankbonanno, his family, and their awesome team! It’s going to be a new, crazy journey that I’ll document here on social! So many exciting things to come!"

Although each had reasons of their own for leaving television news, their exits occurred during a challenging time for the industry. The pandemic has resulted in staff downsizing at outlets across the country, including in Denver, and salaries have been squeezed over recent years. Back in 2019, when he announced his own exit plan (one that was followed by a return to the airwaves and then a controversial dismissal over a pointed tweet), former 9News weathercaster Marty Coniglio told us, "There are a lot of schoolteachers who are making more money than some on-air people here. That's the reality of the business."

So, too, are the increasing numbers of TV journalists such as Kotalik who are now leaving the profession.
KEEP WESTWORD FREE... Since we started Westword, it has been defined as the free, independent voice of Denver, and we'd like to keep it that way. With local media under siege, it's more important than ever for us to rally support behind funding our local journalism. You can help by participating in our "I Support" program, allowing us to keep offering readers access to our incisive coverage of local news, food and culture with no paywalls.
Make a one-time donation today for as little as $1.