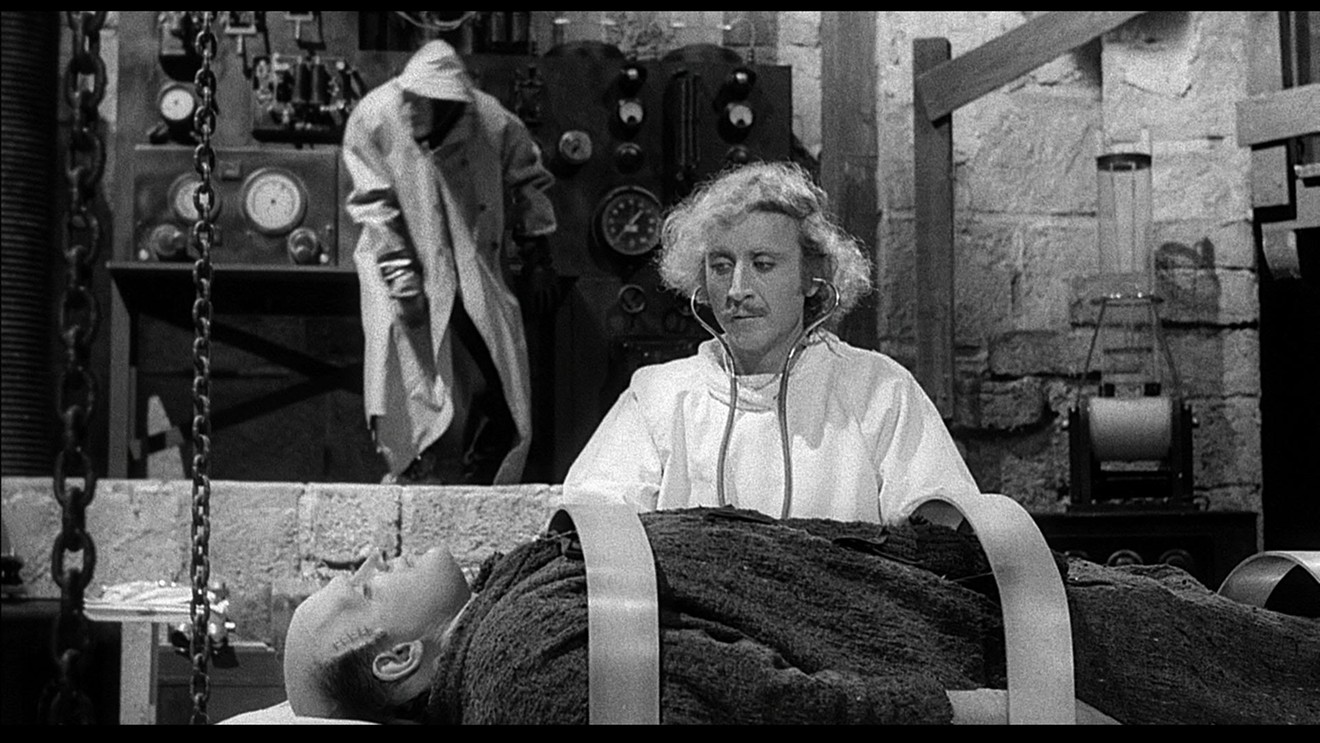 Young Frankenstein is a Mel Brooks and Halloween classic. 20th Century Fox
Cannabis and Halloween go together like peanut butter and jelly...as long as you're consuming them from a couch. Weed is great for watching a horror movie and gorging on snacks, but I don't need a joint before walking through a haunted house or taking a Ouija board to a graveyard.

I'd much rather connect with cannabis and the children of the night through my TV. Halloween has to be the number-one holiday in terms of movies, with a heavyweight mix of horror, seasonal and humor sensibilities. And all of that animation, nostalgia and cheesiness gets even better with cannabis.

Before the Pumpkin King arrives, here are ten Halloween movies and horror flicks made even better by the plant.

Nightmare Before Christmas
Diving into the worlds created by Tim Burton's films is fun for anyone using cannabis (and a number of other substances), and Nightmare Before Christmas has enough trippy animation to enjoy twice a year (at least). The beauty of the movie is that you can watch it both on Halloween and Christmas, and its songs, storyline and animation make for a great watch regardless of the nostalgia factor. Nightmare is a movie more than worthy of handing down to future generations, but enjoy this one at least once this fall when the kids are in bed and the bong is out. Just try not to get "This is Halloween" stuck in your head after a bowl.

Young Frankenstein
Viewers today can't seem to sit still for more than a few minutes, so most black-and-white movies might not have lasting appeal if you weren't burnt off a couple of bong hits of Kosher Kush. While Mel Brooks's classic horror spoof doesn't need the reefer to be hilarious, with classic performances from Gene Wilder, Marty Feldman, Peter Boyle and Cloris Leachman, Feldman's bug eyes are even funnier after a joint, and the ’30s-style sets and sound effects seem older and dustier (in a good way). Some of us need a good laugh in between all the scares.

The Shining
The Shining is already creepy as shit — we totally get that. But imagine having your mind racing on Ghost Train Haze as you watch those goddamn twins in the hallway or that furry fucker scene upstairs with the bear costume. Add in the fact that the movie is based on a book inspired by the Stanley Hotel in Estes Park, has a documentary about its Stanley Kubrick weirdness and has a sequel coming out soon, and you have yourself a good old-fashioned stoner rabbit hole to dive into.

Texas Chainsaw Massacre
If you want to watch the newer one or its shitbag of sequels, fine. But the original 1974 version is plenty creepy enough. Take a couple of rips, and those cannibalistic, backwoods antics will seem scarier on grainy ’70s film than the high definition we get today. The movie's behind-the-scenes horror stories have become somewhat of a legend, too, and another late-night rabbit hole.