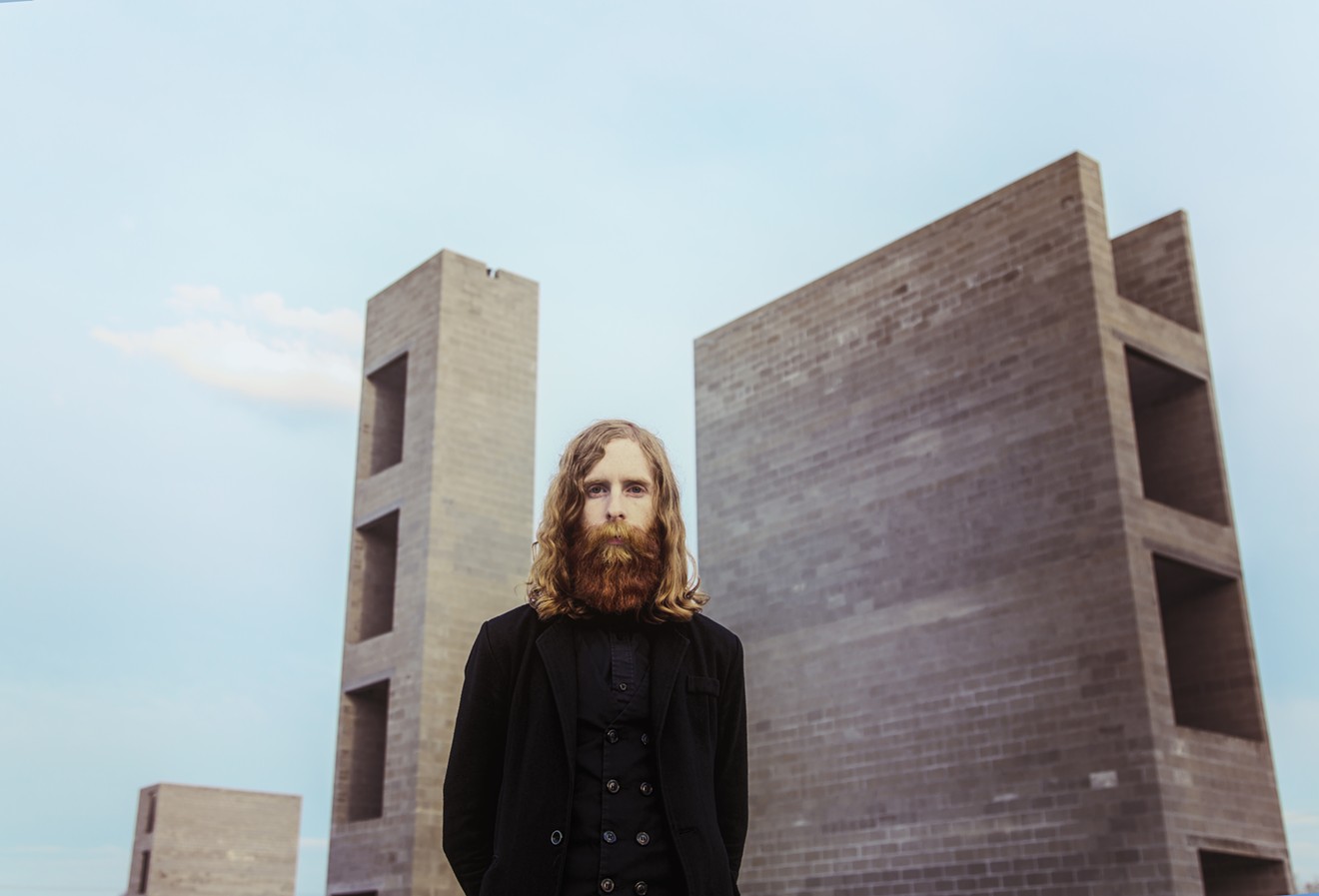 Zac Little of Saintseneca. Olga Pavloska
If you look up all the instruments musician Zac Little knows how to play, you're going to be reading for a while. Little is the lead singer for the folk-rock band Saintseneca, and on Saturday, October 27, the group will headline the Larimer Lounge with Trace Mountains and Knuckle Pup. From the banjo to the mandolin to the dulcimer, Little has his hands full when creating richly layered tunes.

"It’s a useful way of trying to write songs. If I pick up the bass guitar, I’m going to write a different kind of song and approach it a pretty different way than I would if I was just playing the dulcimer or mandolin. So I just switch around to try to find different sounds and arrangements," he says, explaining how songs on the group's latest album, Pillar of Na, came to fruition. "It’s a process of writing on different things and responding to the live recording to figure out how to put flesh on that skeleton."

With ten years of being in the band behind him, Little wanted the sonic palette on this album to include experimental textures and sounds. He was in part inspired by folk bands like Fairport Convention from the 1960s. "I wanted to commit to this folk-rock idiom," he says. "This record, we were trying to create something that was live and immediate and not overly manicured, but also find a way to imbue it with really interesting and surreal textures."

Little's curiosity drives him to learn new instruments. He says he wants instruments to still surprise him.

"What are other things I haven't tried? Sometimes it’s a matter of tweaking something you already have. If you mess up the tuning on your guitar and you no longer are familiar with all the spots on the fretboards where you might have put your fingers, then it can become a totally new instrument to you," he says.

Listening to the album, you can hear Little's love for unique string arrangements, like in "Moon Barks at the Dog" and "Denarius." The album sounds meticulous in the way that the songs ebb and flow into one another. Little laughs when he says they sometimes do play it straight through at concerts, and he admits he wanted the album to feel like one long performance instead of just a "Side A and Side B series of songs."

"I had started working on some of these songs before and during the last record. Even before that [record] was out, this one was in the works," he says about the compilation of songs on Pillar of Na. "That tends to be how I roll, I guess. There will be songs where it’s like, 'Oh, maybe this doesn’t really fit in the conceptual framework with the rest of the group of the songs, but it becomes an interesting seed for the next thing.'"

Saintseneca's new album is Pillar of Na.
Nick Fancher
Many of the songs boast religious metaphors in the lyrics. As for the project's name, "it was inspired by three interwoven and contradictory things," he says. "One, the words, 'Pillar of ,' were in some ways inspired by this story within the old testament of this woman who is leaving a city that is being destroyed; it’s the tale of Sodom and Gomorrah. She looks backward, she's warned not to, and when she does, she turned into a pillar of salt.

"I heard that story a long time ago and thought it was scary but also interesting, because I feel I probably would have looked back. It’d be very hard not to," Little says. "The record as a whole, I feel like, is about memory, history of the past and how you bring it into the future. And I like that metaphor of someone trying to look back on where they are coming from but being unable to do so or even being punished for doing it."

Little adds that Na is sodium on the periodic table — a fact that his bandmates pointed out to him. Na isn't exactly salt, but he's made peace with that. He also likes that " often serves as a "nonsense song lyric...it doesn’t really mean anything, but you could put it anywhere."

"I thought it was interesting to be standing for essentially universal nothingness," he says. "In some ways, even though it might sound trite or obvious, this record in particular...was such a process and a feat. And I feel like the process of editing it down and building it up was pretty gratifying."

Saintseneca, 9:30 p.m. Saturday, October 27, Larimer Lounge, 2721 Larimer Street, $13 and up.
KEEP WESTWORD FREE... Since we started Westword, it has been defined as the free, independent voice of Denver, and we'd like to keep it that way. With local media under siege, it's more important than ever for us to rally support behind funding our local journalism. You can help by participating in our "I Support" program, allowing us to keep offering readers access to our incisive coverage of local news, food and culture with no paywalls.
Make a one-time donation today for as little as $1.