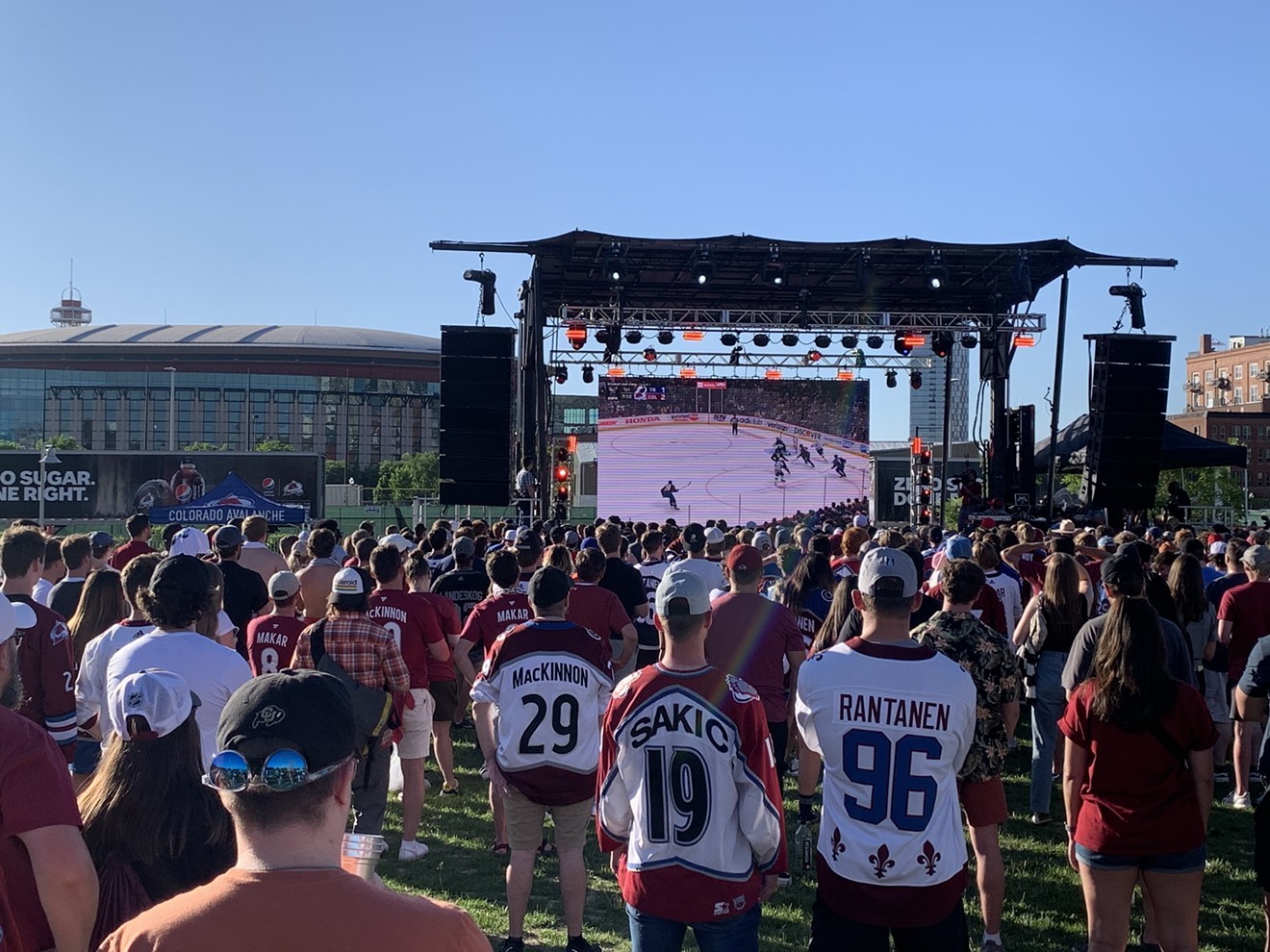 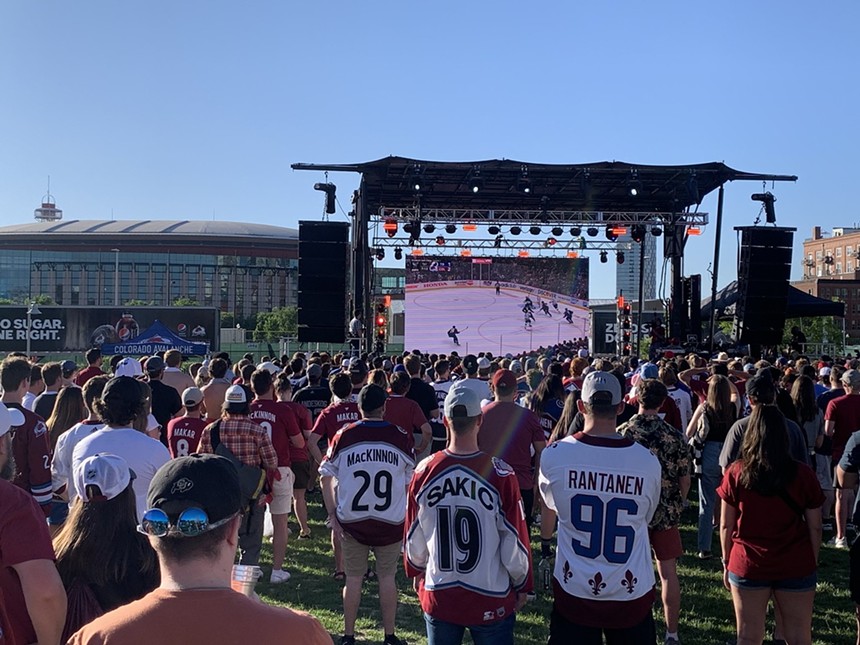 Crowds kept growing after the first watch party.
Conor McCormick-Cavanagh
It was fun while it lasted — but after five rounds of free Colorado Avalanche Watch Parties on the Auraria campus, the bash for tonight's sixth Stanley Cup Finals game in Tampa has been canceled.

The Colorado Avalanche tweeted the bad news shortly after 5 on June 25: "Auraria will not be hosting a game 6 watch party on the Tivoli Quad. Fans are encouraged to find alternative locations to enjoy game 6 and not to congregate on Auraria Campus or outside Ball Arena."

The Auraria Higher Education Center expanded on the message, citing the number of events downtown tonight and crowd concerns; fans had breached the fence at Friday night's party.

"The safety and security of all who come to Auraria campus remains a top priory," AHEC announced. "As the excitement intensifies with each game, we continue to make safety and operational enhancements following each watch party event and will continue to do so moving forward."

The good news in that message: Auraria could still host a game seven party on Tuesday, June 28. The bad: If there is a seventh game, that means the Avs lost game six, and go into the final match in a 3-3 tie.

The Avs still plan to hold a watch party in Ball Arena tonight; tickets are $20 here.

On June 23, the Denver Police Department and other officials held a news conference outlining plans for what the city plans to do if and when the Avs clinch the cup and fans start celebrating. "The best way to do that is to stay classy," said Chief Paul Pazen, "and show our support for the team and do it in a responsible way."

But there was no celebration, classy or otherwise, after the Avs lost game five on June 24. And readers had plenty to say about the DPD's preparation, reported by Westword and posted on Facebook. Says Joel:

Way to jinx the shit out of the finals, Westword!! How about we let the Avs actually win first? Planning the parade early is classic jinx shit.


This is why we can't have nice things. We party too hearty...even when we lose.


Hell, we have to win it first, and right now not looking that good. Boys better be on fire and play and act like they want it tonight! Let’s go!!!


Keep it CLASSY, DENVER....we can do better!


What do you think of the watch party cancellation? Where will you be watching the game tonight? And what do you plan to do if Colorado wins?
KEEP WESTWORD FREE... Since we started Westword, it has been defined as the free, independent voice of Denver, and we'd like to keep it that way. With local media under siege, it's more important than ever for us to rally support behind funding our local journalism. You can help by participating in our "I Support" program, allowing us to keep offering readers access to our incisive coverage of local news, food and culture with no paywalls.
Make a one-time donation today for as little as $1.