Reader: Nice Try, but These Uniforms Won't Distract Us From Rockies' Record 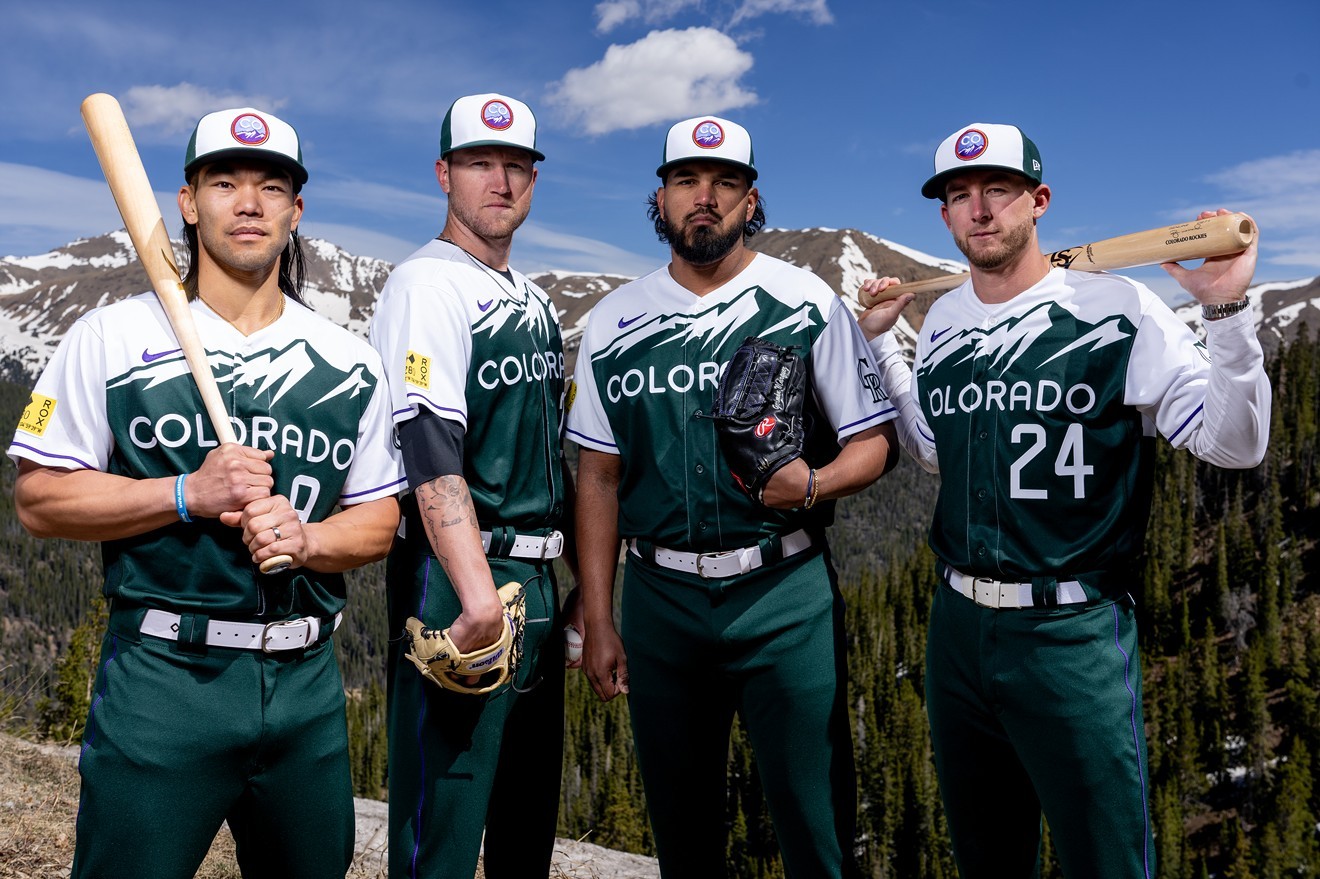 The MLB launched its City Connect program in 2021 as a way to mix up alternate uniforms for teams. So these won't be the primary outfits for the Rockies; those remain the purple and white uniforms. The Rockies will first wear the jerseys officially on Saturday, June 4, in a game against the Atlanta Braves.

But in the meantime, in the Westword Facebook post of the Rockies' City Connect reveal, there's plenty of discussion of the new look...and Colorado license plates. Says John:

Looks hideous! They’re like a single-A minor league baseball team uniform or a beer-league softball team uniform.... Well, at least Dinger, the worst mascot in team sports, will be back to its original color from 200 million years ago.


They look like walking Colorado license plates. Perhaps the DMV designed them?


I wonder if they have a red version? Ya know, for rentals!

They look like a carton of menthol Winston Salems.

Losing teams always pull out the gimmicks.... Nice try, but it won't distract us from the fact that the Rockies are still bad at baseball.


These are as hideous as the attempts the Monforts have made to become a winning organization. I guess we should just #EmbraceTheSuck.


The Monforts have never actually attempted to make the Rockies a winning organization. They're just milking the cash cow and being as cheap as possible.

What do you think of the new uniforms? The Rockies in general? Their owners? Post a comment or share your thoughts at [email protected]
KEEP WESTWORD FREE... Since we started Westword, it has been defined as the free, independent voice of Denver, and we'd like to keep it that way. With local media under siege, it's more important than ever for us to rally support behind funding our local journalism. You can help by participating in our "I Support" program, allowing us to keep offering readers access to our incisive coverage of local news, food and culture with no paywalls.
Make a one-time donation today for as little as $1.