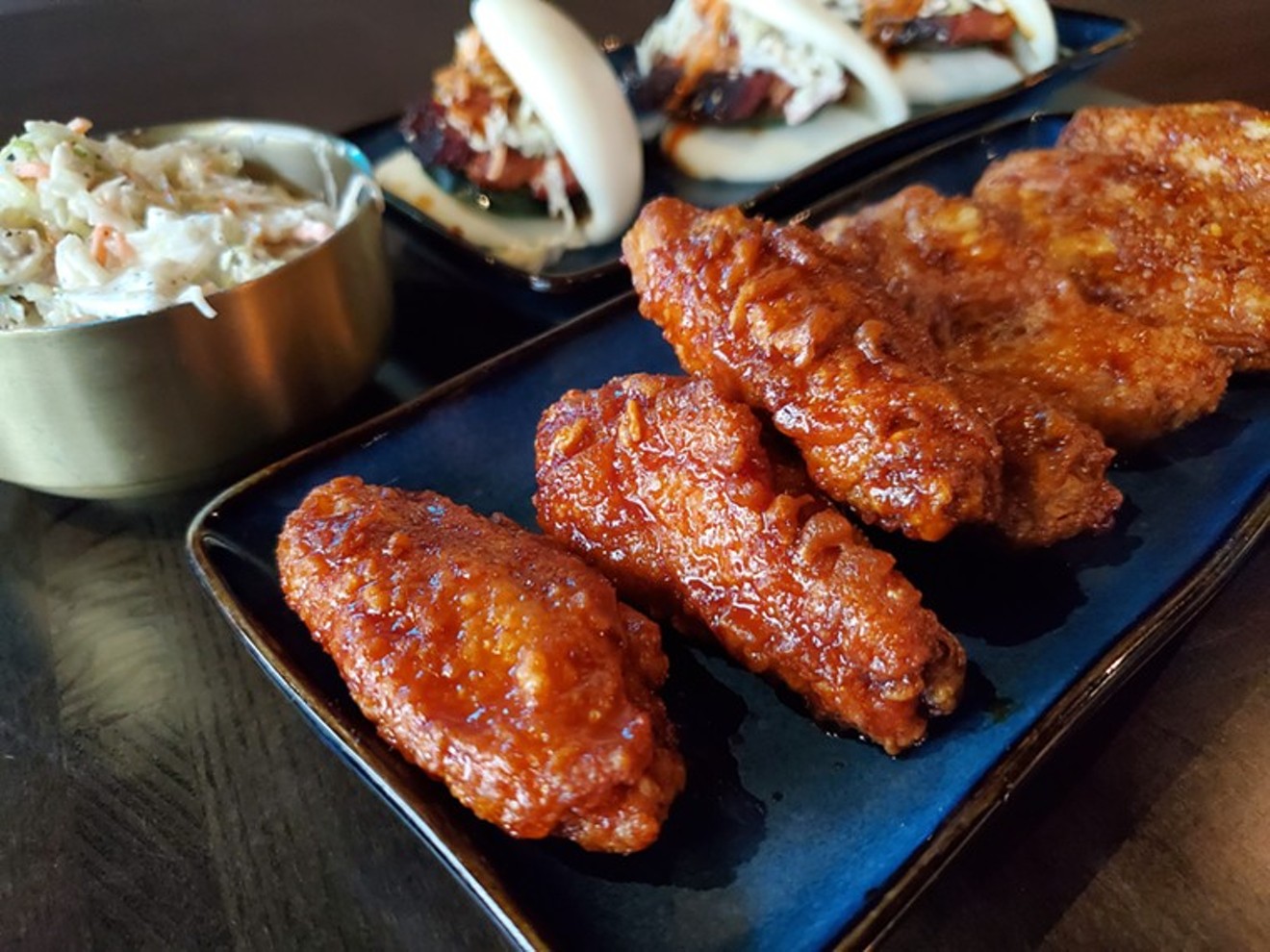 Bonchon specializes in the new kind of KFC. Molly Martin
For decades, America's fried chicken scene was dominated by the Southern style of the food popularized by chains like Kentucky Fried Chicken (now officially known simply as KFC), Popeyes and Church's. Then, in the mid-2010s, a new chicken trend began creeping onto the scene that celebrated another Southern-born flavor profile: Nashville hot chicken.

The obsession with the spicy bird reached a peak in the Denver area over the past two years, as both local spots like Blazing Chicken and Music City and national brands such as Dave's Hot Chicken debuted and multiplied. But Nashville hot's spicy reign in the Mile High has some serious competition these days, from a new kind of KFC: Korean fried chicken.

After Molly Martin served up a story on Korean fried chicken, readers weighed in with their thoughts on all varieties of the bird on the Westword Facebook page. Says Judi:

All the focus on chicken these days, but good, old-fashioned fried chicken is an endangered species.


I don’t get it with all these chicken places popping up. Chicken doesn’t excite me.

Denver has barely any actual Nashville hot places. All these places with just a bunch of red seasoning on your chicken. I'm from the south idk wtf that is but it's not Nashville hot. Nashville hot should drip. Go to The Post for good Nashville hot around here.


Even Nashville barely has any "actual Nashville hot places." The original, a couple of hipster copycats...


In my experience, down South if you're claiming you've got Nashville hot and it is not dripping, you get laughed at. Even KFC does it more accurately than most places around here.


Where do you go in metro Denver for fried chicken, hot chicken, Korean fried chicken? Post a comment or share your thoughts at [email protected]
KEEP WESTWORD FREE... Since we started Westword, it has been defined as the free, independent voice of Denver, and we'd like to keep it that way. With local media under siege, it's more important than ever for us to rally support behind funding our local journalism. You can help by participating in our "I Support" program, allowing us to keep offering readers access to our incisive coverage of local news, food and culture with no paywalls.
Make a one-time donation today for as little as $1.